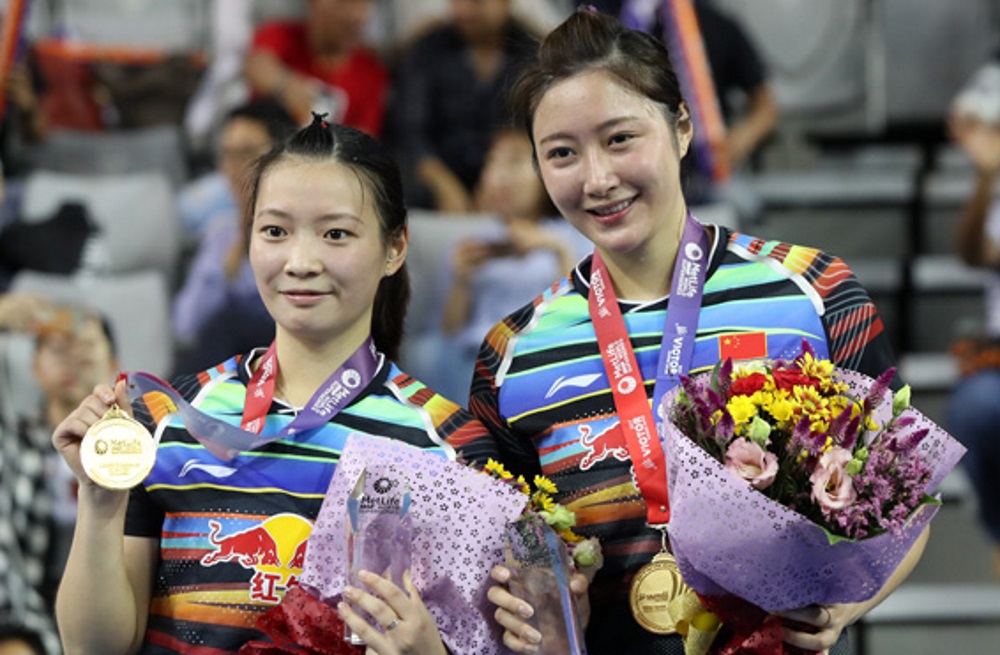 Mathias Boe and Carsten Mogensen stayed true to their promise as they outwitted Marcus Fernaldi Gideon and Kevin Sanjaya Sukamulyo for their third title victory in Korea.

The Danes won the Men’s Doubles final over the Indonesians, 21-19 19-21 21-15, following up on triumphs in 2009 and 2014. In the other paired events, China’s Huang Yaqiong/Yu Xiaohan took the Women’s Doubles while Indonesia’s Praveen Jordan/Debby Susanto captured the Mixed Doubles.

Following their narrow win over Japan’s Takuro Hoki and Yugo Kobayashi yesterday, Mogensen, brimming with confidence, predicted they would win the final 24 hours later. And that’s exactly how it turned out as he and Boe delivered a tactically astute performance, cramping the Indonesians and preventing them from dominating at any stage.

The Danes were prepared for the sticky netplay and flat, quick game that the Indonesians excel at. Unable to dominate at the net as they usually do, and with the Danes comfortably dealing with their smashes, Gideon and Sukamuljo appeared worn down, unlike the bustling, chirpy pair they normally are.

The Danes almost had the second but Boe misjudged a smash at 19-18 and the second game slipped from them in a trice. The loss didn’t dent their confidence, for they persisted with their game plan and the Indonesians couldn’t come up with an answer on the day.

“They’re an extremely skillful pair and extremely good at the serve and return game, and we knew we were up for a big challenge. We are delighted to win our third title here in Korea,” said Boe. Earlier, China’s Yu Xiaohan and Huang Yaqiong (featured image) won their first Superseries title as a pair, breaking Korean hearts in the process with a clinical victory over Chang Ye Na and Lee So Hee 21-11 21-15.

Yu was the difference as her heavy smashes frequently broke down the Korean defence; while at the other end the Chinese defence was too tight for the Koreans to penetrate. Huang and Yu shot off to a 14-7 in the second; Chang and Lee enjoyed a brief revival, but with a couple of points separating them, China once again stepped up a gear with Yu taking charge. Appropriately, it was the tall Chinese who nailed the last three winners to sink Korea’s hopes.

“We’re happy to win our first title. We used to pair up four years ago, so we know each other’s game. We were nervous in the beginning as the Korean crowd was behind our opponents but once we steadied our nerves it got better for us.” The first final of the day went Indonesia’s way with Praveen Jordan and Debby Susanto outclassing China’s Wang Yilyu and Huang Dongping 21-17 21-18 for their first Superseries title win since the Yonex All England last year.

“We haven’t won a Superseries since the All England and we were really keen to get on the podium again, but it just kept getting delayed,” said Susanto.

“We were prepared for a long match, we went in expecting to get tired at the end of it,” said Jordan. “We were able to enjoy this final. There was no feeling of carrying a burden.”