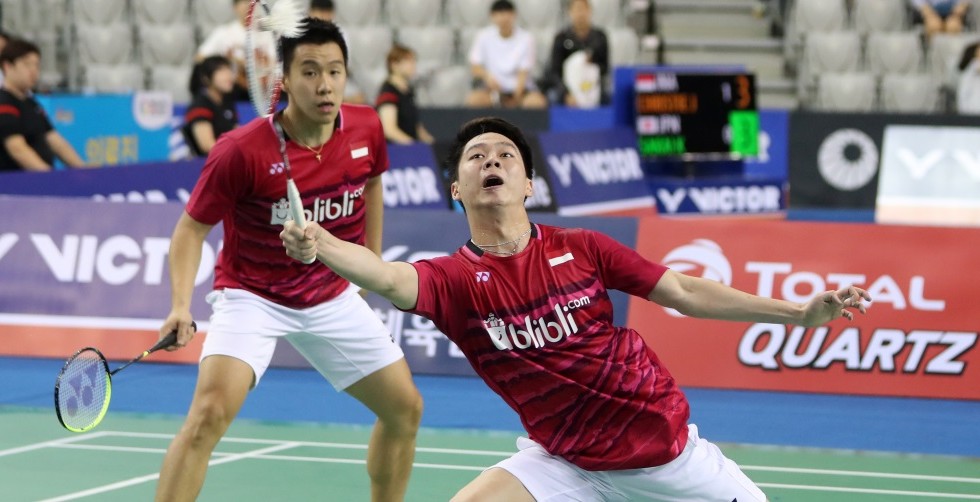 Indonesia enjoyed a profitable day at the Victor Korea Open 2017 today, winning four of their five matches and keeping alive the prospect of an all-Indonesian Men’s Singles final.

Jonatan Christie and Anthony Ginting made the Men’s Singles semi-finals in opposite halves – while Christie gave himself a birthday present with a narrow win over Japan’s Kazumasa Sakai, Ginting had it slightly easier, powering past another Japanese, Kenta Nishimoto, in straight games. 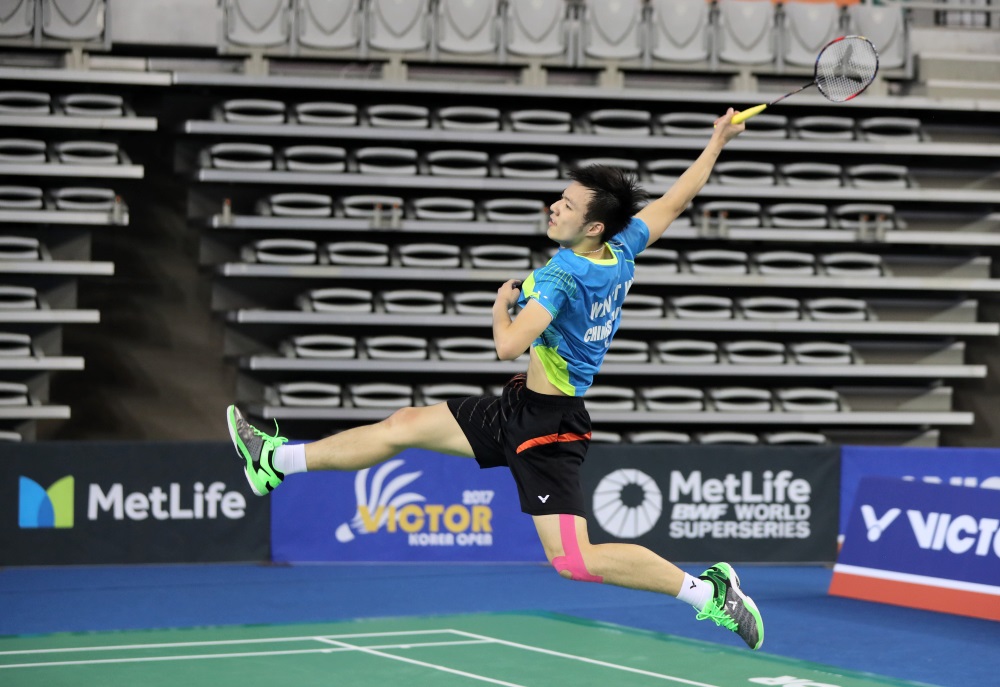 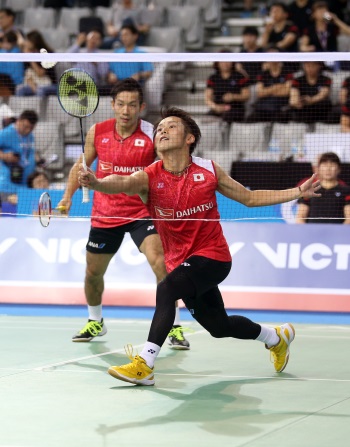 Gideon and Sukamuljo’s semi-final opponents will be Japan’s Takeshi Kamura/Keigo Sonoda, who held off an inspired charge from first-time quarter-finalists Satwiksairaj Rankireddy and Chirag Shetty: 21-14 17-21 21-15.

“We had our chances, if we had stayed steady we might have beaten them,” said Shetty. “They were faster than the pairs we’ve played before. In the second game, we used the drift to our advantage. We played soft and forced them to lift. Although we lost we can take away a lot from this tournament. This is just the start, hopefully we’ll do better in time to come.”

The Indians were unintimidated by the third-ranked Japanese and matched them shot for shot in an all-out attacking battle. The second was all theirs as Rankireddy and Shetty extracted the lifts at will and smashed with power and precision.

Kamura and Sonoda however turned it around early in the third and never let the momentum slip.

In the top half, their Japanese compatriots Takuro Hoki/Yugo Kobayashi also made the semi-finals, where they face top seeds Mathias Boe/Carsten Mogensen (Denmark).

In Women’s Singles, a replay of the TOTAL BWF World Championships final remained on the cards with both the finalists making the last-four. World champion Nozomi Okuhara eased into the semi-finals beating Hong Kong’s Yip Pui Yin 21-15 21-10 and will face familiar rival and compatriot Akane Yamaguchi, who was similarly dominant over Thailand’s Ratchanok Intanon.