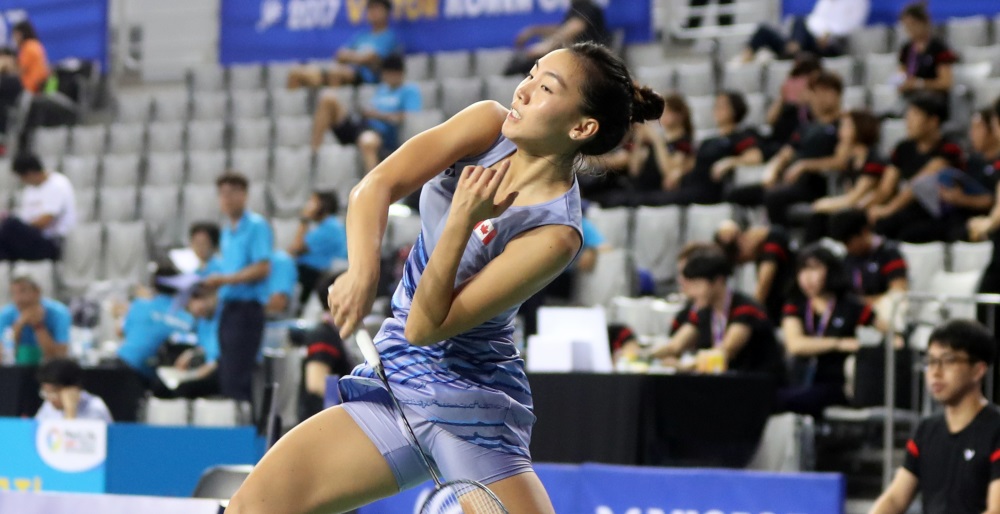 The MetLife BWF World Superseries circuit revved back into top gear after a two-month break, with the Victor Korea Open today in Seoul. The applause for the winners of the TOTAL BWF World Championships 2017 has yet to subside, but players will now have to shift their attention on the remaining four months, with the focus being on qualifying for the Dubai World Superseries Finals in December. With half the Superseries season remaining, hopes will be high even among contenders outside the top 15 or so on the Destination Dubai Rankings.

Undoubtedly, there will be immense expectations on the newly-crowned World champions. Following his defeat to Viktor Axelsen in the Men’s Singles final, his accomplished rival Lin Dan stated that the Dane would now have to deal with greater pressure than ever before. Axelsen, who has skipped the Korea Open, is currently ranked No.8 in the Destination Dubai Rankings and given the kind of form he’s in, will be confident of qualifying comfortably.

Despite the absence of Axelsen and stalwarts like Lee Chong Wei (Malaysia) and the two Chinese – Chen Long and Lin Dan – there is sufficient talent in the Men’s Singles draw to keep fans on the edge of their seats. The spotlight will be on top seed Son Wan Ho, who finished runner-up last year.

India, despite missing the services of Kidambi Srikanth, have a strong contingent in Men’s Singles, with the likes of qualifier Parupalli Kashyap, Sameer Verma, his brother Sourabh Verma and HS Prannoy in the top half and Sai Praneeth in the bottom half. OUE Singapore Open champion Praneeth might sense an opportunity for a good run here, but he might have to deal with the likes of Chinese Taipei’s Wang Tzu Wei and Denmark’s Hans-Kristian Vittinghus early on.

China’s Qiao Bin, who surprised nearly everybody by winning the title last year, has had modest success since then. A runner-up finish at the China Masters in April was his best performance over the past 12 months.

While fans of Axelsen will have to wait until next week to see him in action – at the Daihatsu Japan Open – fellow-World champion Nozomi Okuhara has entered the Women’s Singles draw in Korea.

Women’s Singles in fact has a strong draw, with world No.1 Tai Tzu Ying (Chinese Taipei), World Championships runner-up Pusarla V Sindhu (India), Scotland’s Kirsty Gilmour, Ratchanok Intanon (Thailand), Korea’s Sung Ji Hyun and defending champion Akane Yamaguchi (Japan) among the big names in action. Tai, who missed the Worlds, will be in the quest for her fourth Superseries title this season, following a brilliant spell early this year when she won the Yonex All England, the Celcom Axiata Malaysia Open and the OUE Singapore Open.

Among those hoping to qualify for Dubai is Canada’s Michelle Li (featured image), who played in only two Superseries this year on her way back from a long injury layoff. The Canadian, No.40 in the Destination Dubai Rankings, won both her qualifying matches today to set up a first round against Thailand’s Pornpawee Chochuwong.

“Physically I feel much better, I’m probably my fittest since my surgery,” said Li. “I’m trying to get even better, it’s going at a good pace. Before coming here, to deal with jet lag, I was (training) in Taiwan for a week. “Qualifying for Dubai is definitely one of my goals, I don’t know if it’s going to be this year, but it’s something I really want to do. Right now, I’m focused on getting my level back to where it was before and getting my ranking up so I don’t have to play qualifying. I can move better now, but I’ve been out for a year. I’m not confident with my shots; it’s about playing more matches and to get that feel again.”

In Women’s Doubles, Japan and Korea have the strongest contingents; China’s Huang Yaqiong/Yu Xiaohan and Denmark’s Christinna Pedersen/Kamilla Rytter Juhl are the two pairs capable of disrupting the Japanese and the Koreans’ campaigns.

Korea had a good day in both doubles, with three Men’s Doubles and all four Women’s Doubles pairs qualifying. The only local pair to miss out was Choi Jong Woo/Kim Hui Tae as they lost to World Junior champions Han Chengkai/Zhou Haodong 17-21 21-19 21-14.

In Mixed Doubles, the only category to have first round matches on the opening day, No.4 seeds Praveen Jordan/Debby Susanto survived a scare against India’s Pranaav Jerry Chopra/Sikki Reddy. The Indonesians were pushed all the way before prevailing 13-21 21-19 21-15.