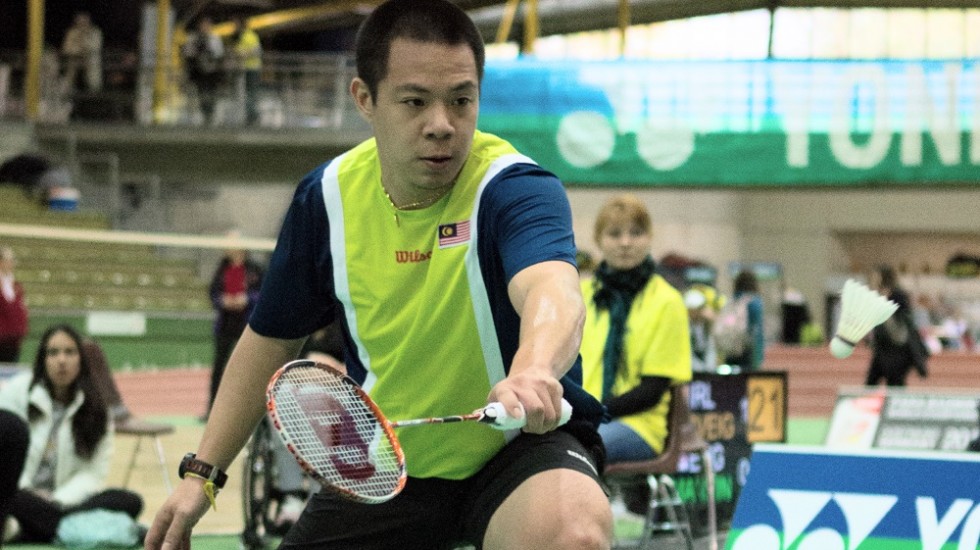 Malaysia’s Cheah Liek Hou was among five double titlists on the final day of the HULIC-DAIHATSU Japan Para-Badminton International 2017 in Machida City yesterday. The closest match of the day was in the Men’s Singles SS 6 all-England final between Jack Shephard and Krysten Coombs. All three games were hotly contested, with Shepard pulling off a 23-21 win in the second game and beating Coombs by the same narrow margin in the third after 49 minutes: 18-21 23-21 23-21.

The two Englishmen then combined for the D SS 6 final against India’s Mark Joseph Dharmai and Hong Kong’s Chun Yim Wong and emerged comfortable victors at 21-17 21-8.

Sujirat Pookkham and Amnouy Wetwithan were triumphant in the Women’s Doubles WH 1 – WH 2 over Germany’s Valeska Knoblauch/Elke Rongen, 21-10 21-6, after which Pookkham took to the court for the Women’s Singles WH 1 and surprised top seed Karin Suter-Erath (Switzerland) 21-13 21-9.