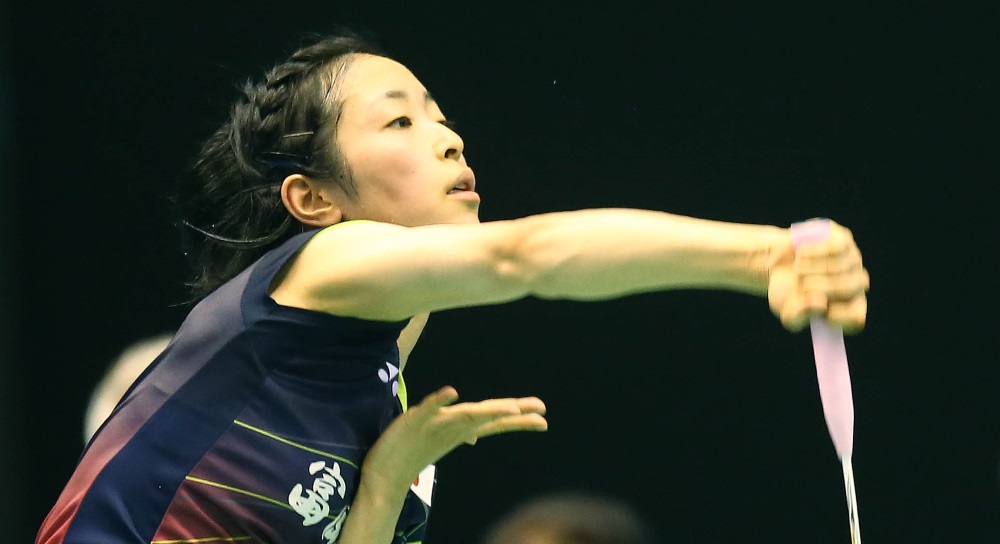 The all-Taiwanese clash ended with Chou defending his crown, 18-21 21-19 21-15. Chou’s first success this year was in the Yonex German Open, where he had prevailed over Wang in straight games.

Chinese Taipei and Korea finished with two titles each. The home team enjoyed success in Men’s Doubles as well, with Chen Hung Ling/Wang Chi-Lin getting the better of compatriots Lee Jhe-Huei/Lee Yang 21-16 22-20.

In the Women’s Singles final, Japan’s Saena Kawakami (featured image) held off Malaysia’s Goh Jin Wei, 21-17 21-17. This was Kawakami’s first tournament win since the Yonex-Sunrise Vietnam Open in 2015. The Japanese was runner-up at two events this year – the Chinese Taipei Masters and the China Masters.

Kawakami had a comfortable week, not dropping a game on way to the title. In the semi-finals she beat compatriot Natsumi Shimoda 21-8 21-15, while in the other half, Goh Jin Wei outplayed another Japanese player, Haruko Suzuki, 21-16 21-17. Chae Yoo Jung returned for the Women’s Doubles final with Kim So Yeong and they had little trouble in demolishing the challenge of the Korean compatriots Kim Hye Rin/Yoo Hae Won, 21-12 21-11.