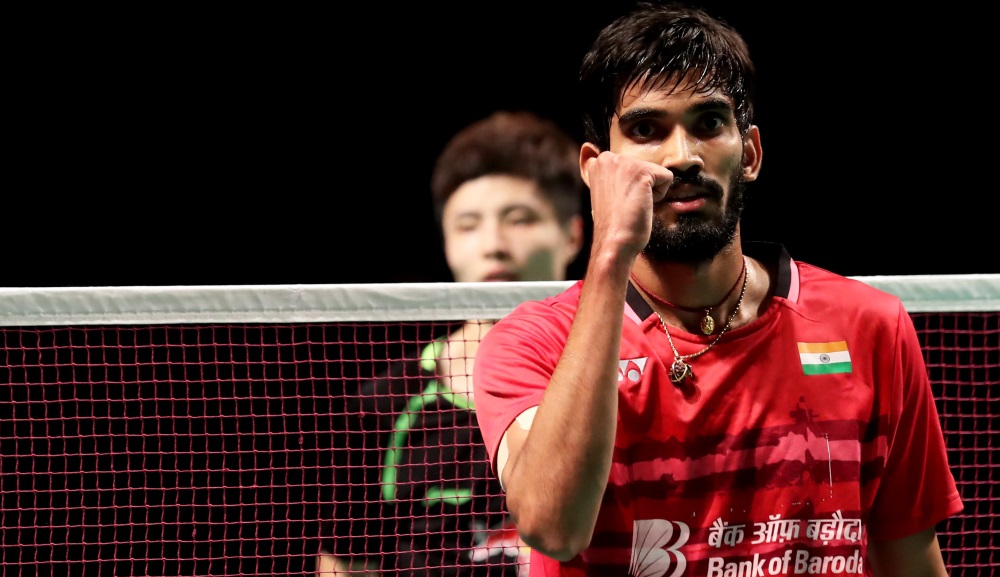 Immaculate. Kidambi Srikanth’s third World Superseries final in a row happened with a perfect execution of tactics, as the Indian’s dream season extended into the CROWN GROUP Australian Open 2017 in Sydney today.

There was little for him to say at the end of his 37-minute rout, for it had been against an opponent who did little wrong, but who could find no answers to the smooth skills and quick pace of the Indian. Kidambi caught Shi in quicksand at the front court, and when he rose to fire in his smashes, the shuttle invariably whistled past the outstretched racket of the Chinese. It was the scalpel rather than the bludgeon that he wielded, and Shi haemorrhaged points from all the cuts.

“Yes, it’s a dream performance,” said Kidambi. “I played a World Superseries final (Singapore Open) after two years, and then to play the next two finals is a dream for sure. I was in control of the whole match, I didn’t give him any easy points at the start. It’s just that I had to stay there, he’s someone who wants to keep the shuttle in play and goes for the odd shot, so I wanted to stay there and not give him easy points. I was in control at the net. Faced with the deception and variety of Tai, Yamaguchi didn’t withdraw into a defensive shell – she instead went for winners at the hint of a half-chance. The Japanese’s  anticipation was excellent, and even though she was stuck from time to time with Tai’s loopy drops and clever variations, she never let off her pace. Tai stayed level through the first game but Yamaguchi got lucky on her first game point – the shuttle catching the tape and tumbling into Tai’s court – and the Japanese consolidated her lead with solid play in the second, even as Tai increasingly became leaden-footed.

Okuhara made her first Superseries final in over a year, relying on her retrieving game to wear down Sun Yu 21-18 18-21 21-14. Having lost four of her last five matches to her compatriot Yamaguchi, Okuhara was hopeful of turning it around in the final tomorrow.

“After the Rio Olympics, I had an injury and it has taken time to recover. I want to win the World Championships; the recovery towards that has been a step-by-step process. I had a cold at the Indonesia Open last week, and I couldn’t play my best. My condition is better now. Tomorrow I face Akane again. Last week I lost to her but I want to challenge her tomorrow.

“Japanese players are very tough now. Tomorrow will be a tough match. Japan’s Women’s Singles is of a high level. We want to demonstrate our high level to the audience in Australia. Last week Sayaka Sato won in Indonesia; this week it’s either me or Akane.”

The Indonesians gained in ascendancy over Korea’s Kim Dukyoung/Kim Ha Na as their semi-final progressed, coming through winners at 21-19 21-16, while Zheng/Chen had far more trouble with compatriots Wang Yilyu/Huang Dongping.