Four players, with redemption stories of varying degrees, battled into the singles finals of the BCA Indonesia Open 2017 today.

On the men’s side, Kidambi Srikanth – once as high as world No.3 and already a winner of some impressive honours – continued his journey back to badminton’s bright lights following a six-month injury lay-off and the disappointment of a poor result before his home crowd in March. The other

contender for the title, Kazumasa Sakai (featured image) – a 27-year-old who came through the qualifying rounds – has not had a lot to write home about in his career, mostly spent toiling in lower-level tournaments with an occasional win or two in the early rounds of Superseries events.

The Women’s Singles finale brings together one of the tour’s most consistent performers – Sung Ji Hyun – and Sayaka Sato; an athlete who has endured bitter disappointment at the pinnacle of sport and whose comeback has been achieved the hard way. 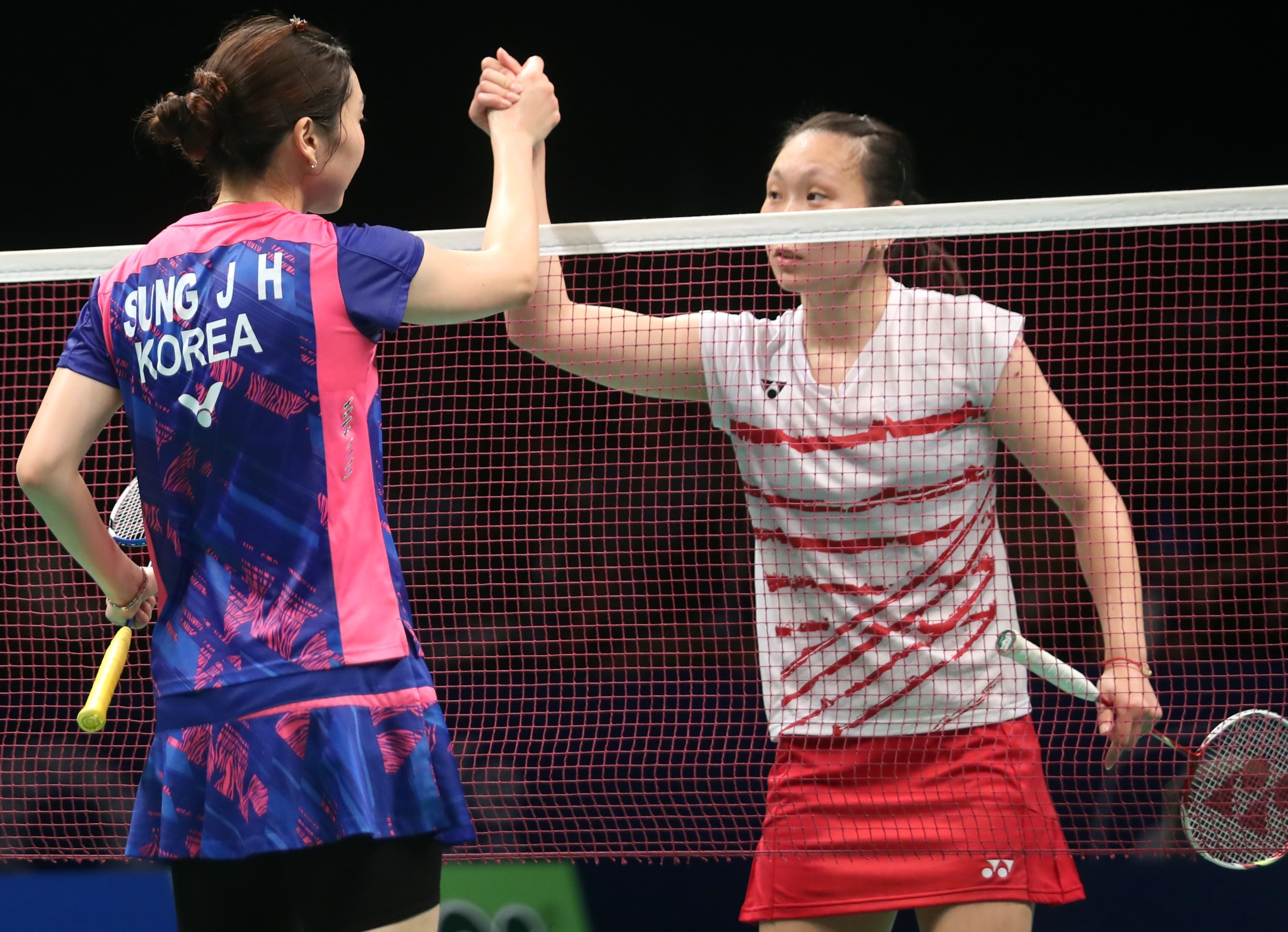 Sung – who has reached the semi-final of all five Superseries so far this season – has frustratingly fallen short on countless occasions and been overshadowed by the likes of China’s Big Three (Li Xuerui, Wang Shixian and Wang Yihan) and, more recently, the likes of Tai Tzu Ying, Carolina Marin, Pusarla V Sindhu and Ratchanok Intanon. The Korean has been in danger of being tagged “always the bridesmaid, never the bride” or whatever the badminton equivalent may be.

Sato’s saga resonates even stronger. At London 2012, a horrible knee injury forced her to not only retire from her Olympic quarter-final but also to take a significant break from badminton. Ranked 16th in the world before her injury, Sato was outside the top 200 when she returned; having to start 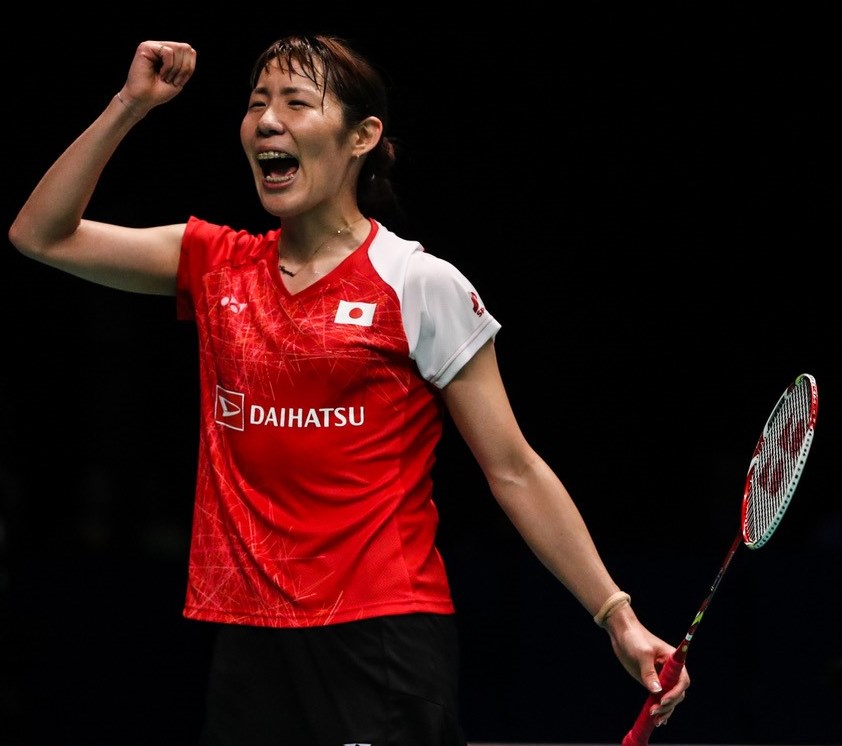 from scratch and change her playing style in the aftermath of her injury. In the meantime, junior team-mates have been reaping rewards and headlines.

It was Sato’s turn to shine today, coming from a game down to overwhelm Thailand’s Nitchaon Jindapol, 13-21 21-18 21-14; giving Japan an interest in both singles showdowns.

“I was motivated to come back after seeing other players winning. I had lots of rehab and exercise,” recalled the 26-year-old.

“I am happy to reach this final. It’s a big opportunity for me.”

“Finally,” she declared, smiling as she exited the court.

“After so many semi-finals, it’s a great improvement to reach the final. I have played Sayaka and she covers the court well. I will have to focus on every point tomorrow.” 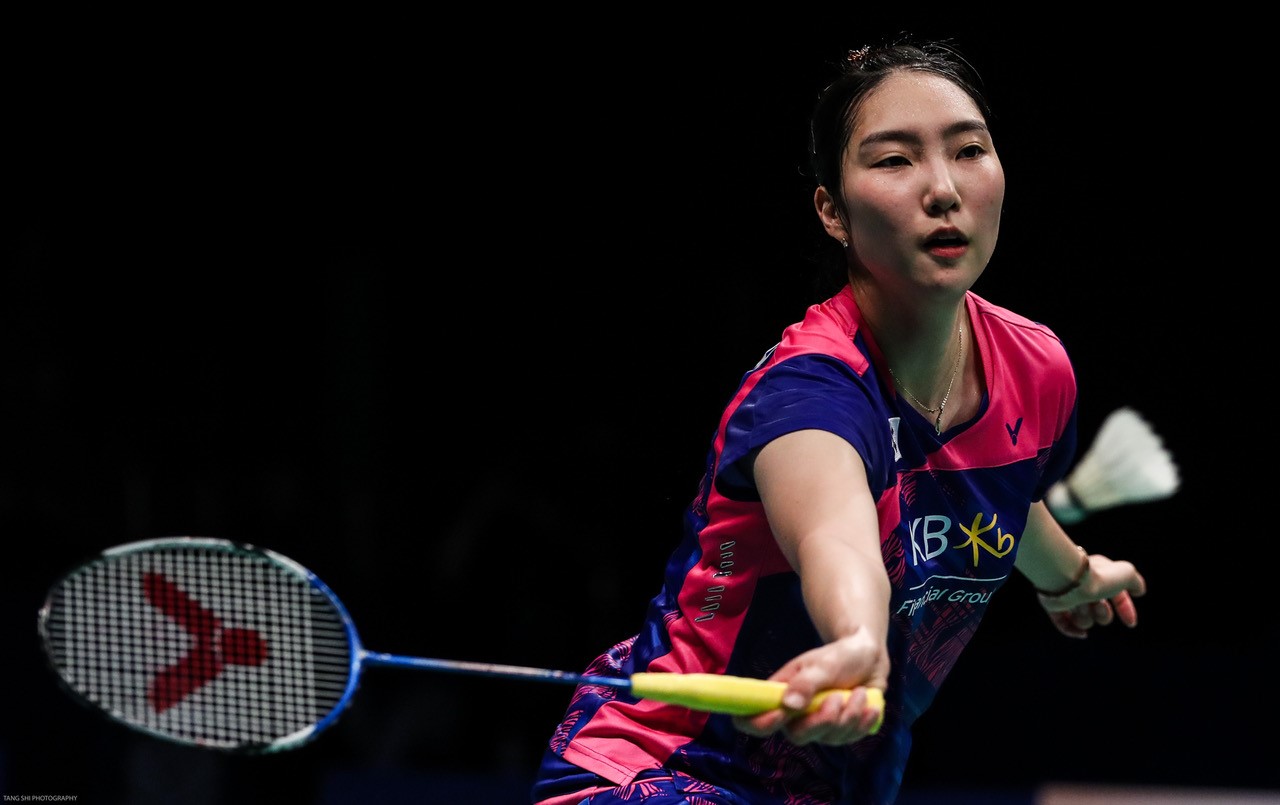 Srikanth, too, gave himself a shot at redemption, outlasting world No.1 Son Wan Ho to reach his second successive World Superseries final. Runner-up in Singapore two months ago, the 24-year-old Indian wrested a compelling semi-final with Korea’s top gun to earn a crack at the Men’s Singles championship. Srikanth edged through 21-15 14-21 24-22; saving a match point and then seizing his third opportunity to take the honours with a reflex tap into an open court with Son hopelessly stranded close to the net.

Joyously flinging his arms wide and screaming, Srikanth celebrated another milestone in his comeback. Disappointed to lose out to his compatriot B. Sai Praneeth in the Singapore final, the unseeded player has the chance to make it right tomorrow.

“To be frank, I am shocked to be playing back-to-back Superseries finals. I had a bad injury and it was tough when I came back,” said Srikanth. 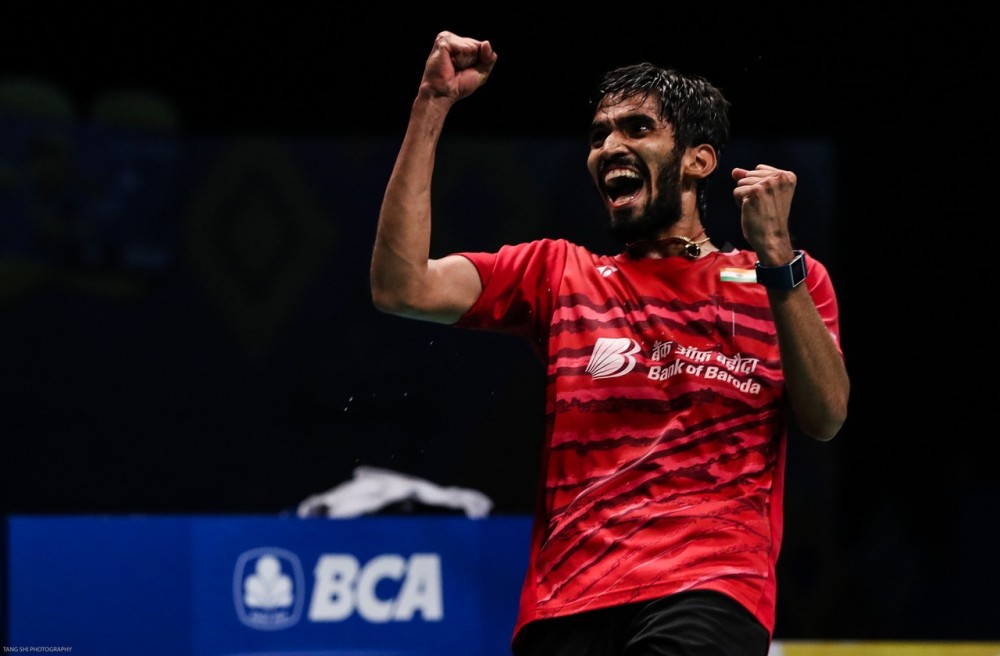 “It was a very close match. I was lucky to pull off that last point. I was just that one per cent luckier than him. I am happy with how I played.”

Having taken the first game and sitting comfortably in the second, the Rio 2016 quarter-finalist lapsed in concentration and let slip a 13-10 lead as Son enjoyed an 11-1 run in points that ensured a decider. The third game was neck-and-neck all the way, with the intensity of the exchanges and the anticipation of fans growing as it came to a climax. Son, who has succumbed to mental fragility previously, attacked with conviction to grab match point but sent the next shuttle beyond the baseline. The Korean would not get another chance as Srikanth sealed their respective fates in dramatic fashion. 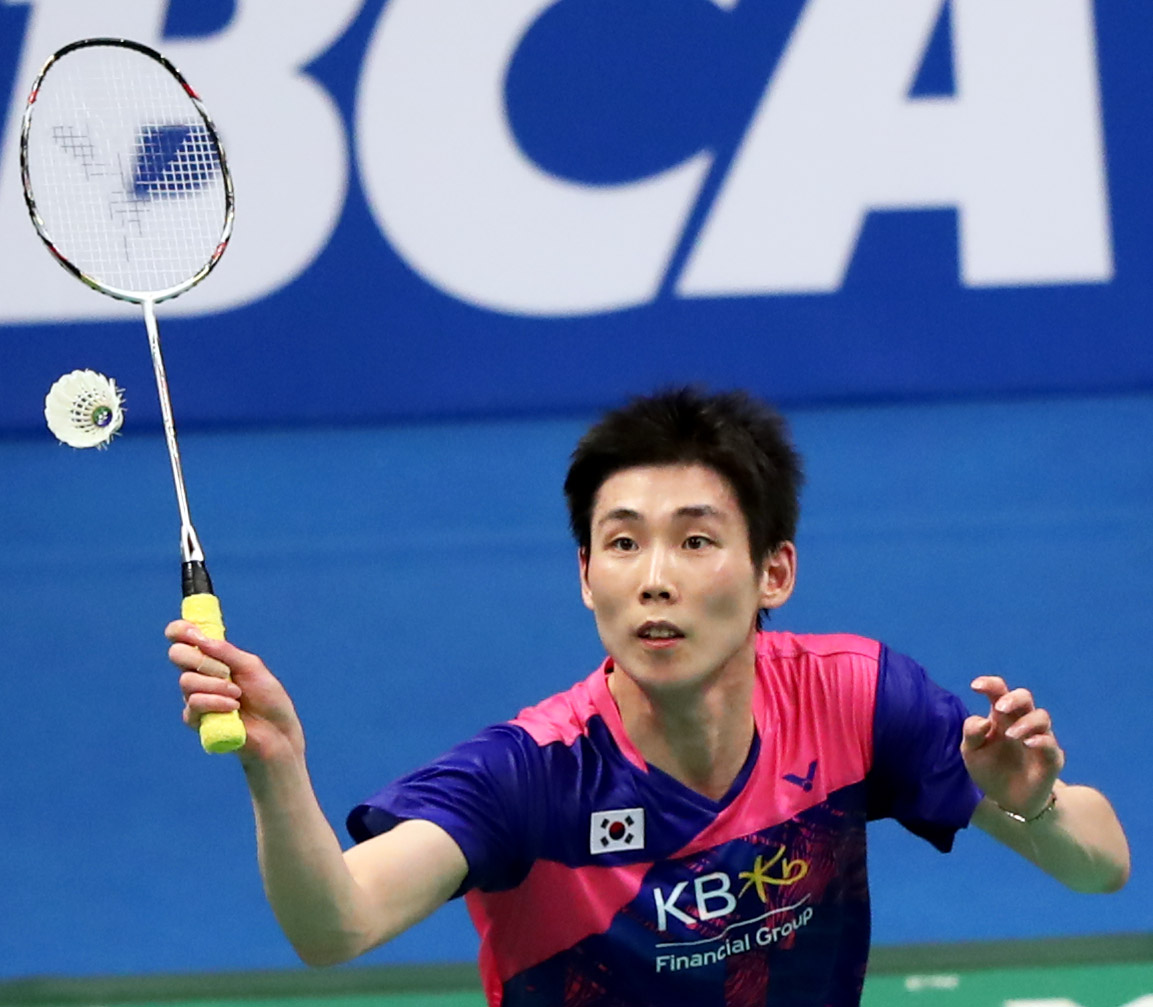 “I prepared well but Srikanth’s attack is very good and he was also good in defence. The last game was close. I am disappointed to lose,” said 29-year-old Son.

The final of the prestigious Superseries Premier event will be a first-ever meeting between Srikanth and Sakai. That the Japanese player denied Srikanth’s team-mate, HS Prannoy, the honour of joining his training partner in Sunday’s showpiece adds a spicy tidbit to the storyline.

“It was exhausting. I was too tense in the first game. Prannoy was very fast and strong. I tried to be quicker in the second and third games. 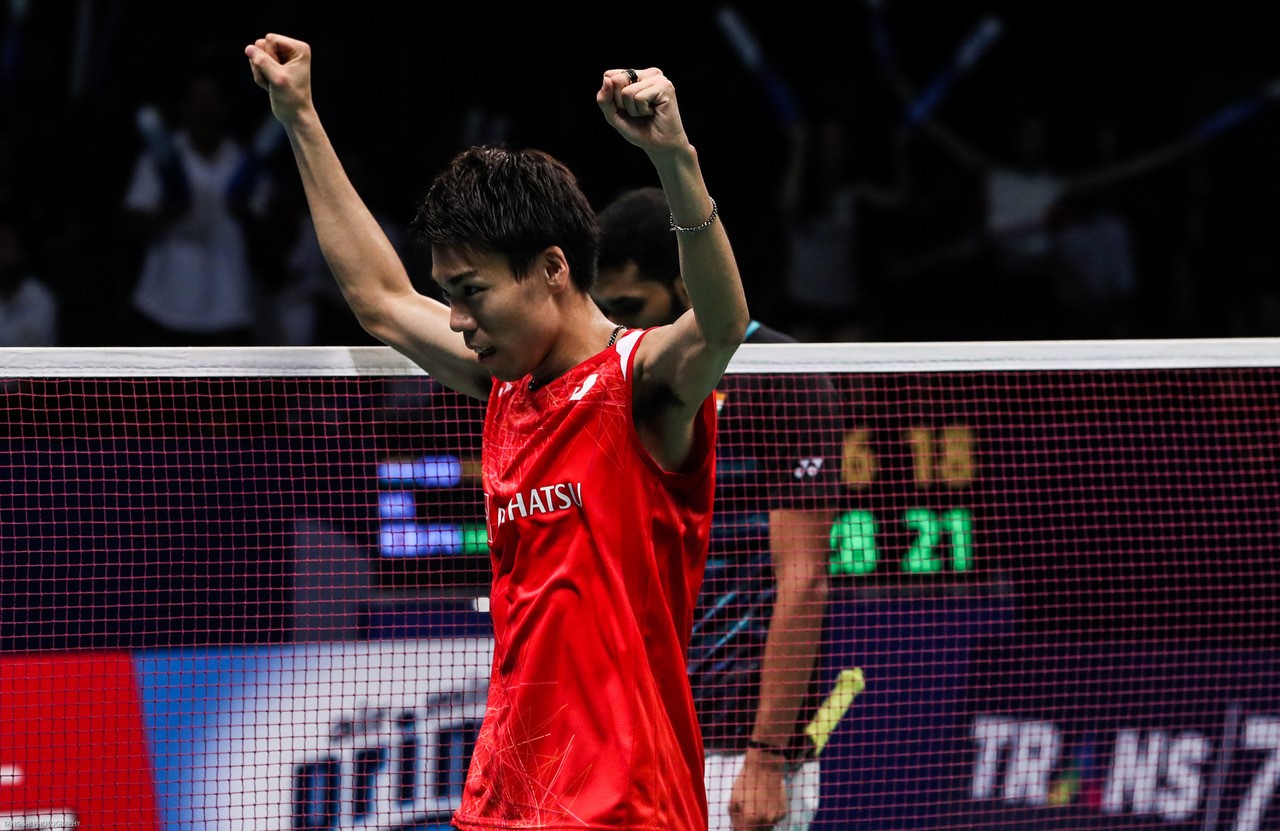 He would surely surpass that tomorrow if he topples the one player left in his path.