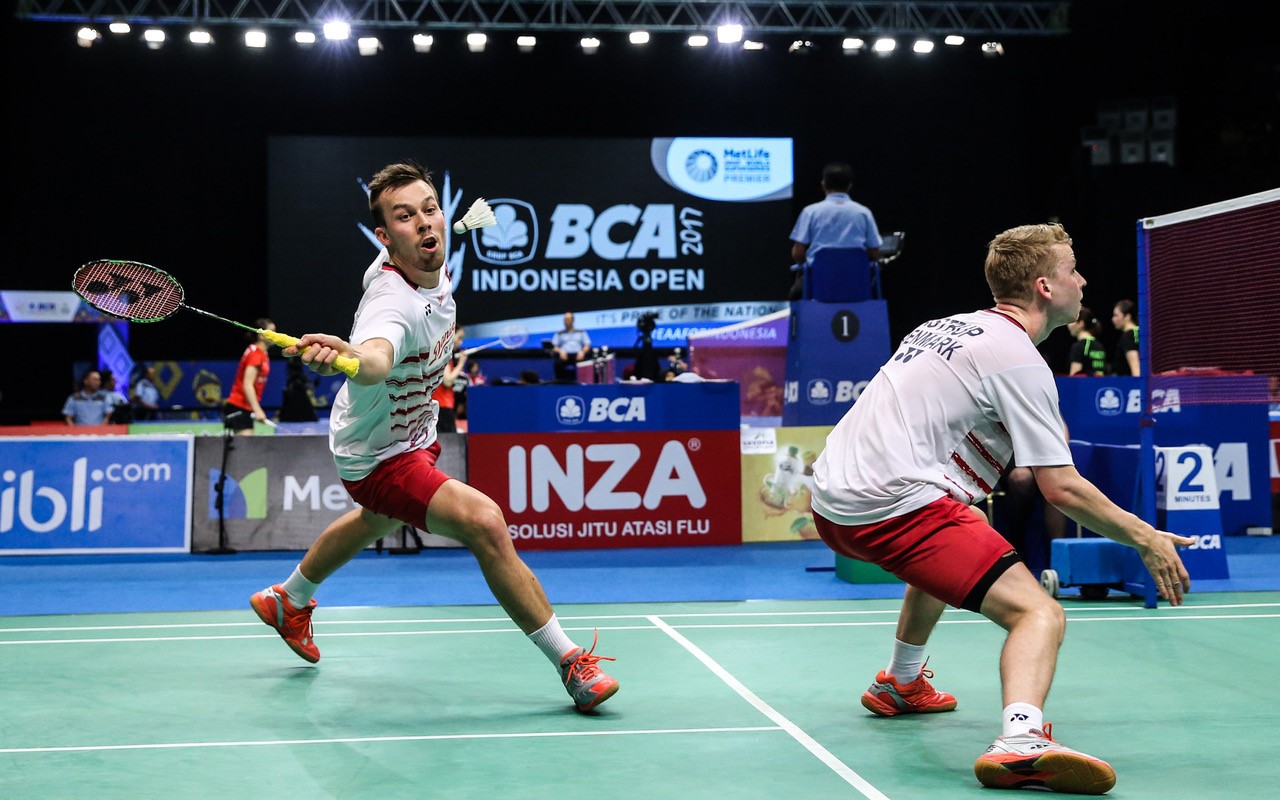 The wretched fortunes of Misaki Matsutomo and Ayaka Takahashi took another twist this morning as the top seeds and defending Women’s Doubles champions were felled in the first round of the BCA Indonesia Open 2017.

In the day’s opening fixture, the Japanese – whose best result on tour this season has been runners-up in Singapore – were knocked out of the Superseries Premier event by Huang Yaqiong and Yu Xiaohan, 21-7 22-20. The Chinese grabbed control of the match in the first game and, though the points were closer in the second, dug in at the critical moments to ensure they took the honours at Jakarta Convention Center. Once again, Matsutomo and Takahashi were left pondering how their results have plummeted compared to a year ago when they were Olympic champions and winners of five Superseries events, including Superseries Premiers in England, Indonesia and Denmark. While three other Japanese pairs romped into the second round, they were at pains to explain what happened, conceding they made a lot of errors and that, right now, their best is simply not good enough. On the adjoining court, a similar fate was unfolding for Men’s Doubles top seeds and one of Indonesia’s prime hopes for a title at this tournament, Kevin Sanjaya Sukamuljo and Marcus Fernaldi Gideon. The star pairing, winners of three Superseries already this year, cut a picture of shell-shocked dejection as they trudged from the court while Denmark’s Kim Astrup and Anders Skaarup Rasmussen (featured image) celebrated victory, 21-16 21-16 in 34 minutes.

“We played one of our best matches ever. Kevin and Marcus are a world-class pair. We knew we would have to step up our game and control the match and also have good defence,” said Rasmussen, adding that shifting drift in the arena heightened their challenge.

“We wanted to defend our semi-final points from last year but we got a tough draw so we just focused on this match.”

The vanquished Sukamuljo and Gideon acknowledged “we were not on top of our game” and Sukamuljo revealed a recent shoulder injury hampered his shot-making.

“I got injured in training last week and every time I tried to smash I felt pain,” he told media.

Though buoyed by this result, Danish fans were stunned in the evening by the demise of No.7 seeds, Mad Conrad-Petersen and Mads Pieler Kolding, who seemed to have command of their match with a 19-15 lead in the decider, only to perish in the end. The outcome was even a surprise to winners Vladimir Ivanov and Ivan Sozonov; the latter bluntly stating “We don’t know how we made that comeback”. The Russians had pulled away at 12-12 to win the opener to which their rivals answered emphatically by leading the second game from the outset and yielding only ten points. The Danes continued in that authoritative vein in the decider, speeding ahead 7-0 and maintaining a good buffer at 17-12. However, Ivanov and Sozonov began to narrow the gap, with a 7-2 run levelling matters 19-19 before the Danes earned match point. It was not to be though as the next three points went Russia’s way, ushering them into the second round: 21-16 10-21 22-20 in 57 minutes.

Denmark’s disappointment was tempered by the progression of two of its other Men’s Doubles pairs (Mathias Boe/Carsten Mogensen and Mathias Christiansen/David Daugaard). China’s Liu Cheng/Zhang Nan, Li Junhui/Liu Yuchen, and Chai Biao/Hong Wei, all advanced though their compatriots, Lu Kai/Zheng Siwei were sidelined due to Lu being injured. Thailand’s Bodin Isara/Nipitphon Phuangphuapet and Kittinupong Kedren/Dechapol Puavaranukroh are also into the second round while hosts, Indonesia, have three pairs to fight their cause (Ricky Karanda Suwardi/Angga Pratama; Fajar Alfian/Muhammad Rian Ardianto; and Hendra Aprida Gunawan/Markis Kido). Another Indonesian son, Hendra Setiawan and his Malaysian partner, Tan Boon Heong, survived a dramatic test by Japan’s Hiroyuki Endo/Yuta Watanabe. Apart from the top seeds’ departure, Women’s Doubles suffered no other upheaval with the remaining seeds advancing. China’s No.7 seeds (Huang Dongping/Li Yinhui) withdrew yesterday due to Li’s back injury. One of the category’s most exciting encounters today was the clash between Greysia Polii/Apriyani Rahayu of Indonesia and Korea’s Chae Yoo Jung/Kim So Yeong. The local pair earned a hard-fought 15-21 25-23 21-14 win.

“We weren’t settled in the first game but we were determined not to lose. Thank God we won the second game and eventually the match. The drift made the shuttle difficult to control so we had to be patient and not rush to beat our opponents,” said Polii. 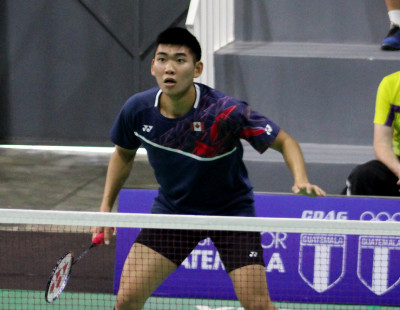