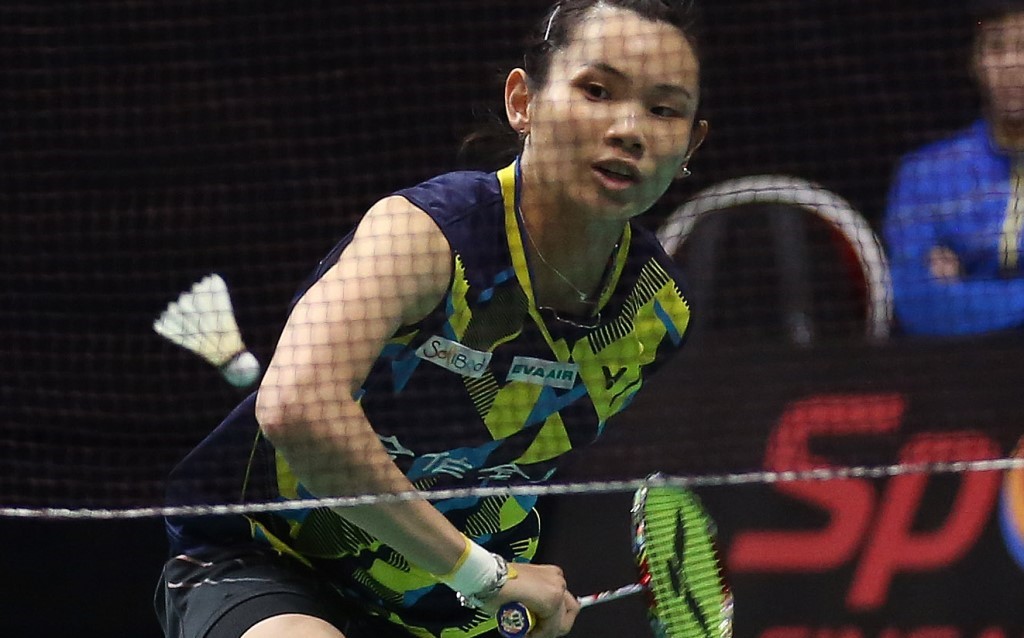 On the eve of starting her title defence in Jakarta – and seeking a sixth straight Superseries victory – the dominant force in Women’s Singles, Tai Tzu Ying, has admitted she is “very surprised” at her seven-month unbeaten streak.

Speaking to media ahead of the BCA Indonesia Open 2017, the world No.1 also provided some insight into how she has become the battle-hardened

star performer who is the talk of the badminton world – and perhaps the envy of her peers.

“It’s not every time that I can perform well but, when I am doing badly or my confidence is low, I try to adjust quickly and pull myself together,” she said.

“I don’t make too many demands of myself or set my expectations too high. I just keep fighting my hardest. I will try to do the same here.”

Clearly it’s a strategy that’s working for the popular Chinese Taipei athlete (featured image) on the cusp of her 23rd birthday next week.

Undefeated since the THAIHOT China Open 2016 semi-finals in November – when China’s Sun Yu beat her 21-8 23-21 – Tai begins the quest to retain her Indonesia Open title tomorrow morning versus a tricky opponent, Minatsu Mitani. The Japanese has savoured her fair share of success against higher-ranked rivals and will be aiming to do the same in the first round at Jakarta Convention Center where the tournament is being held this year due to renovations at Istora Senayan. Last year at the famed badminton venue, a steely Tai dropped just one game – versus another Japanese, Nozomi Okuhara, in the quarter-finals – en route to the Indonesian championship. She certainly earned it the hard way, cutting down China’s ‘Big Three’ – Li Xuerui, Wang Shixian and Wang Yihan in the final.

Her stiffest Superseries test this season has come from a resurgent Carolina Marin and, with the Olympic and World champion keen to upgrade from the runner-up fates she endured for three weeks in a row, fans will be eager to see what the next instalment of this simmering rivalry brings. At the far poles of the draw, Tai and Marin can only clash in the final which would be their third in this year’s five Superseries events so far.

“I am feeling very good and I will try to win here. I know it’s going to be very difficult but, if I play 100 per cent, I think I can get a good result,” said the Spaniard who will be aiming to give herself a belated birthday gift after turning 24 this Thursday.

“I am looking forward to playing here. It’s one of my favourite tournaments. I have so many fans here and I look forward to their support.”

Meanwhile, despite being one of Tai’s victims this season, losing out in the OUE Singapore Open 2017 semi-finals, Beiwen Zhang is keen to continue her ascent and to qualify for the Dubai World Superseries Finals. Therefore, the American player’s aim will be to get into the top eight in Women’s Singles and stay there. Also, seeking to do well is Canada’s Michelle Li who qualified for the main draw with a late-night win over her Commonwealth Games rival, Kirsty Gilmour of Scotland (21-14 21-15). Li faces Nozomi Okuhara in the first round. In Men’s Singles, the third Superseries Premier event of 2017 has some potentially great match-ups which should thrill badminton’s noisiest fans. Top seed and defending champion, Lee Chong Wei of Malaysia, could be across the net from China’s Chen Long in the quarter-final while in the bottom half of the draw, Korea’s Son Wan Ho and Chou Tien Chen (Chinese Taipei) will clash for a semi-final place if both get past the first two rounds. China’s superstar Lin Dan is on a collision course with either team-mate, Tian Houwei or Hong Kong’s Ng Ka Long in the second round with the possibility of facing either Kidambi Srikanth of India or Denmark’s rejuvenated Jan Jorgensen in the quarter-finals. Seeded three, Viktor Axelsen, looks to have smooth sailing until the quarter-finals where he could battle a number of wily opponents, including Shi Yuqi of China, Thailand’s Tanongsak Saensomboonsuk or veteran Lee Hyun Il of Korea who beat Axelsen twice in successive weeks last year in Denmark and France.

Dechapol Puavaranukroh and Sapsiree Taerattanachai – the latest pair to breach the upper echelons of Mixed Doubles – are keen to pick up where they left off when the Superseries paused in mid-April. Having reached the quarter-finals in Malaysia and been runners-up in Singapore, the Thai tandem and world No.7 duo are eyeing a spot in the Dubai World Superseries Finals and a top-five ranking by year-end. “We have been studying the opponents who we are likely to play here and trying to improve on our weaknesses,” said Taerattanachai, acknowledging their good results are inspiration to strive for even better performances.

QUALIFIERS TO THE MAIN DRAW