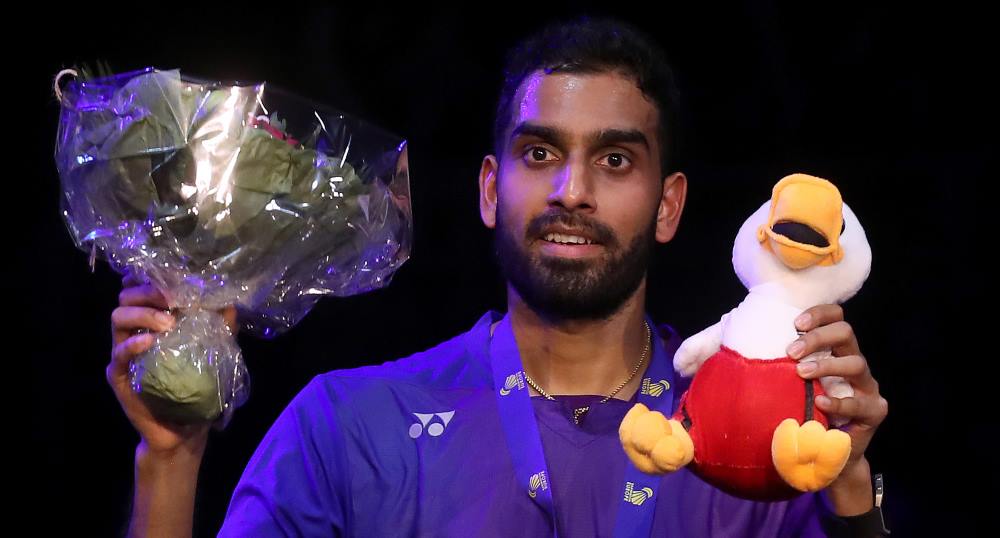 Rajiv Ouseph became the first English player in 27 years to win the Men’s Singles crown at the European Championships when he outplayed Anders Antonsen yesterday in Kolding.

The last player to achieve the feat was Steve Baddeley in 1990.

It was double delight for England on the day with Chris Adcock/Gabrielle Adcock winning the Mixed Doubles title for the first time.

“I am over the moon to win this title,” Ouseph (featured image) told Badminton Europe. “I had started to feel the opportunity to win had slipped by me but with the draw and the way it panned out for me I felt there was a chance and I didn’t really want to let go of the opportunity.”

The Adcocks prevailed in a tight finish in the last match of the day, which was a 78-minute thriller against defending champions Joachim Fischer Nielsen/Christinna Pedersen of Denmark.

“It means so much to us to be able to beat Fischer and Pedersen in Denmark,” the Adcocks told Badminton Europe after the 21-17 18-21 21-19 victory. “The feeling of winning a European gold medal together is like no other feeling. There was a lot of emotion when we won that final point. I hope this can give everyone back in England a big lift after some tough months and inspire more great things from our young players.”

Spain’s Carolina Marin made it a hat-trick of Women’s Singles titles when she outplayed Scotland’s Kirsty Gilmour in a repeat of last year’s final: 21-14 21-12.

“I wanted to win this one badly and it feels really great now to be the triple European champion. I look forward now to defending my title in my home town next year in front of my family and friends,” Marin told Badminton Europe.