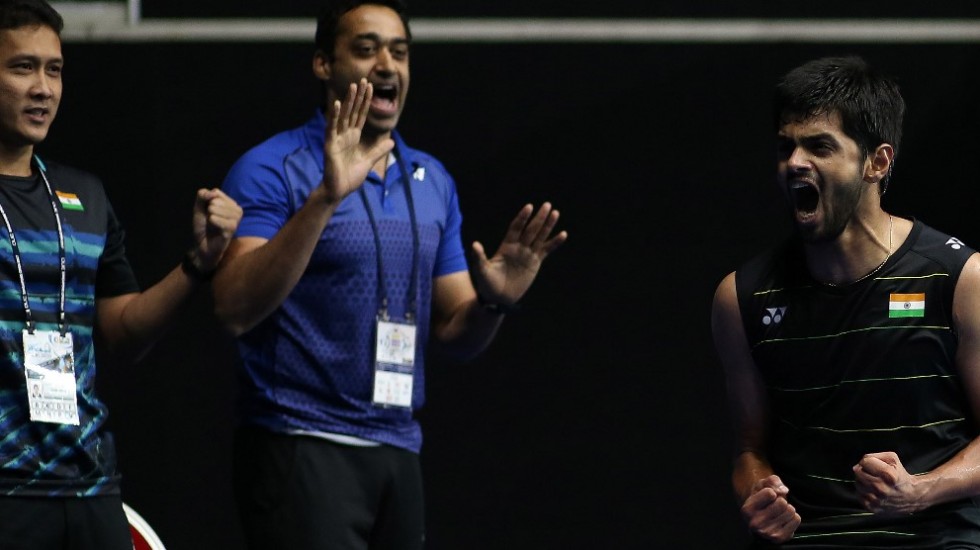 While the latter contemplate the potential of meeting for a second successive Sunday, if both get past their semi-final rivals tomorrow, Lee and Praneeth (featured image; with coaches) savoured the novelty of reaching their first Men’s Singles semi-final on the MetLife BWF World 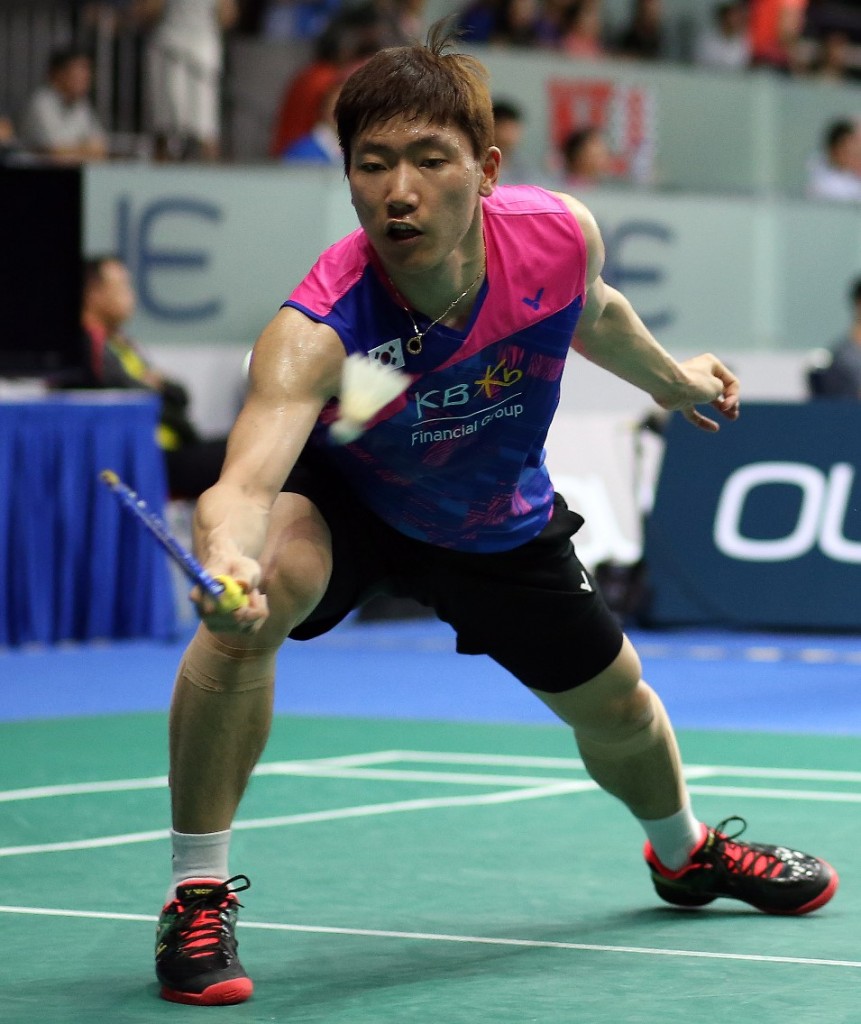 In the absence of some of the big-name stars, journeyman Lee has risen to the occasion this week. The 26-year-old Korean again had all the answers this afternoon as he removed Jonatan Christie – 21-18 21-16 – from the gripping debate regarding which player will lift the coveted title. Lee got the better of the exchanges in the dying stages of a see-saw opener and tightened his hold on the match early in the second game as he sped ahead from 5-5 and never looked back. He could not stop smiling when he spoke to the media.

“My attack was very good and I stayed focused. I kept calm and didn’t get carried away,” he said.

Lee is quietly confident he can go all the way to the final but an equally determined Praneeth stands in his way after fighting back to earn a 15-21 21-14 21-19 triumph versus Thailand’s Tanongsak Saensomboonsuk.

“I’m very happy. This is a very open tournament. Anybody can win and I hope tomorrow I can continue my winning form,” said Praneeth, after coming from 13-16 down in the decider with fans cheering his every point.

“I played patiently and took my chances. He was in a hurry when I caught up and he made mistakes. The crowd was also an advantage for me. It’s great for Indian players to compete here.”

There’s the possibility of an all-India showdown on Sunday as a rejuvenated Kidambi Srikanth swatted aside All England runner-up Shi Yuqi of China, 21-14 21-16. Tonight’s performance was as good as Srikanth has looked since returning from a stress fracture in his right ankle; his crisp strokes and lithe movement blending beautifully.

“I played really well. I am happy to have pulled off this match. My attack was very good. That was my plan and I didn’t have to change it,” he noted.

“I am feeling confident now. My movements are quick compared to last few months and, if I play 100 per cent tomorrow, I definitely have a chance.”

He will be up against young Indonesian Anthony Ginting who upstaged seasoned competitor, Wong Wing Ki of Hong Kong, 21-19 21-14, to reach his third Superseries semi-final.

“I performed to my usual standard. I hope I can maintain this level tomorrow. As long as I can minimise my mistakes, it will not be hard playing against anyone. Most of the times, it is because of my own mistakes that I lose matches,” said 22-year-old Tai who has won four straight Superseries titles since last November.

Her semi-final opponent is Beiwen Zhang of the USA who held firm against Akane Yamaguchi of Japan and was rewarded with a 21-15 21-23 21-19 success.

“I have beaten her before but she is very hard to play. She can get any shot back. Even when she is off-balance she can get back really fast,” said an ecstatic Zhang, looking forward to battling the world No.1 tomorrow.

“I have not played Tai in a long time but I will try my best. I hope I can be patient again and don’t make many mistakes.”

Meanwhile, Marin and Sung both anticipated theirs will be a tough semi-final. The Olympic champion is bidding to reach her third final in three weeks while Sung is seeking to end her frustration of losing at this stage of a tournament for the third time in as many weeks.