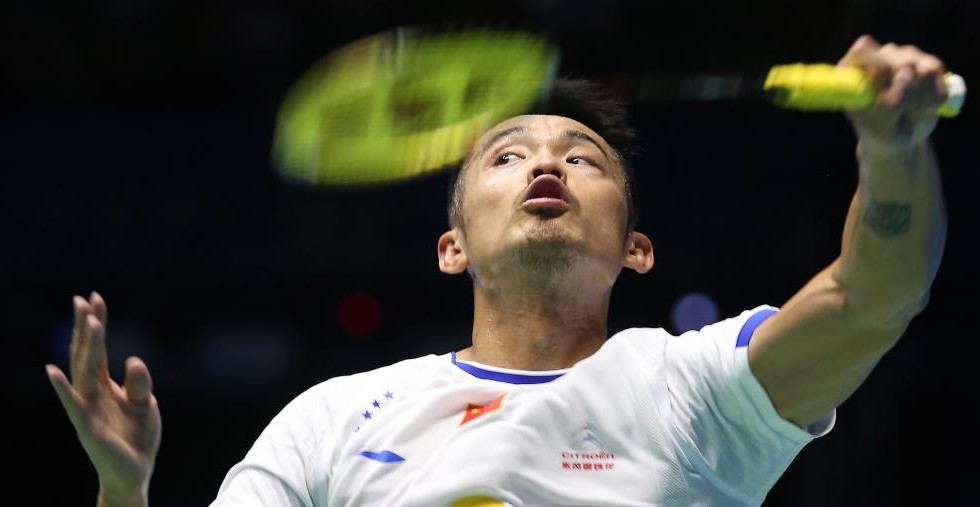 Lin Dan got to within one victory of correcting an anomaly when he made the final of the Celcom Axiata Malaysia Open title with a hard-fought win over Son Wan Ho today.

The Malaysia Open is one of the very few major titles missing from Lin’s collection, and the Chinese great will attempt to get it right in his fourth final tomorrow. The Men’s Singles semi-final got off to an electric start and was fought toe-to-toe. Lin (featured image) was his majestic best but was matched by Son, who too played a brilliant opening game; it was only by the narrowest of margins that the Korean lost it. Son blunted Lin’s rapier smashes on either flank with quality defence; his own smashes often taking his opponent by surprise. The Korean was all fluid motion, easing into difficult positions created by Lin’s wristwork, but he was a trifle unlucky as he failed to convert the three game points that came his way. The Korean nevertheless stuck to the task and was rewarded with the second game. All the hard work was undone early in the third as some tired mistakes by Son gave Lin a 10-4 lead, which widened to 17-9. Lin wasn’t as explosive as in the opening game, but some of his crowd-pleasing dives off sure-shot winners seemed to deflate Son’s confidence, and the end came in the 84th minute: 27-25 19-21 21-16.

“He created a lot of difficulty for me with his deception at the net,” said Son. “I played well in the first game and should have taken it. I gave away a big lead in the third and it was difficult to come back from there.”

Lin did not dwell on the semi-final and was hopeful he could win his first Malaysia Open title.

“I felt some back pain yesterday but it didn’t affect me today. I know everyone wants to see me play Lee Chong Wei in the final. I feel lucky to have a rival like him who plays at that level. When I came here, I was touched by the support of the crowd and that inspired me to do well.”

The big surprise of the session was Sayaka Hirota/Yuki Fukushima’s upset of top seeds Matsutomo and Takahashi.

Fukushima was the difference between the two sides. Despite her petite frame, Fukushima packed a punch from the backcourt, frequently scoring winners, and taking charge at the net when the situation called for it. Takahashi and Matsutomo were left frustrated as Hirota and Fukushima put a premium on every point, disallowing them winners even when they had the attack. A final Matsutomo error gave the challengers the match at 21-18 21-19. “We’d beaten them at the All England and we were confident, but it was still a surprise to win in straight games,” said Fukushima. “We’ve been training a lot to convert defensive positions into attacking ones and we’re happy it worked out. We’re happy to be in our first Superseries final. We will try to not think of it as a final.”

In Mixed Doubles, China’s Lu Kai and Huang Yaqiong got to within one victory of claiming their third straight Superseries title. The winners of the Yonex All England and the Yonex-Sunrise India Open were mostly untroubled by Indonesians Tontowi Ahmad and Liliyana Natsir, who had a messy opening game with too many errors at the net. The Indonesians redeemed themselves somewhat in the second, but their game was just not sharp enough on the day to create any trouble for the in-form Chinese.

“We under-performed today,” said Natsir. “We could not recover sufficiently from last night’s match. But the Chinese pair did play better than us. They’re very confident after winning the All England and the India Open.”

Lu and Huang take on the pair they beat in the India Open final last week – Zheng Siwei and Chen Qingchen, who beat another Chinese pair, Zhang Nan/Li Yinhui, 21-19 21-14, in the first semi-final.

“I know we have a chance at winning three straight Superseries titles but at the moment we’re not thinking about it,” said Lu. “We are playing our compatriots and they know our game well.”

Zheng Siwei gave himself a shot at a double by reaching the Men’s Doubles final as well, with new partner Fu Haifeng. The unseeded duo got the better of third seeded compatriots Chai Biao/Hong Wei 17-21 21-14 21-19. 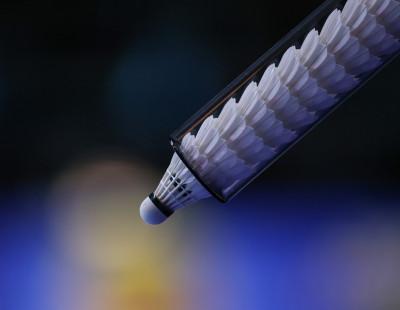 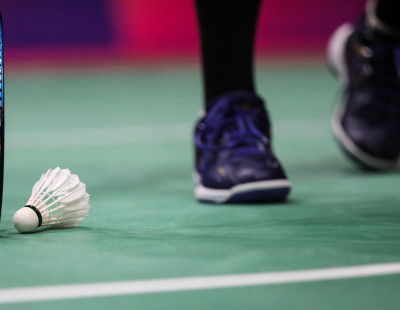