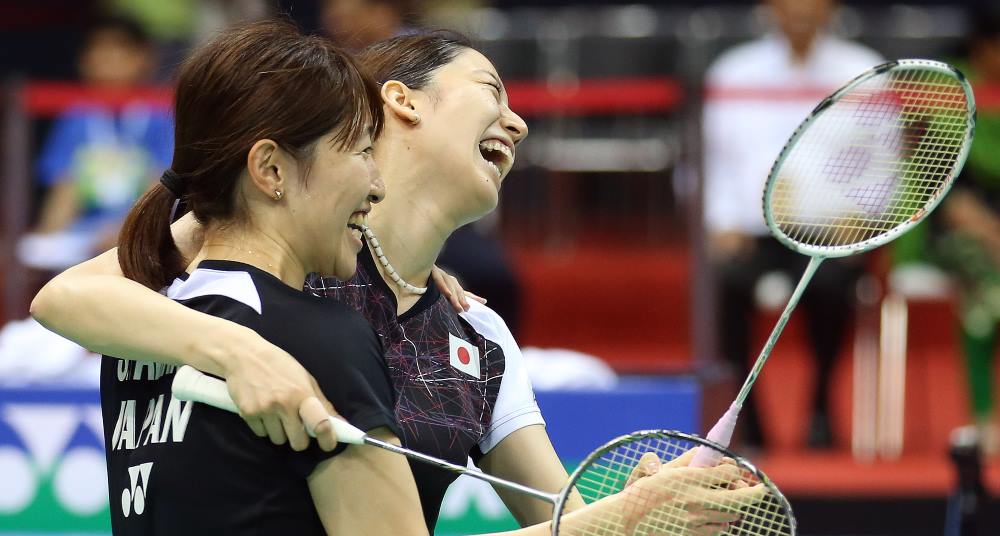 Women’s Doubles will see a new World Superseries champion pair, as Naoko Fukuman/Kurumi Yonao and Shiho Tanaka/Koharu Yonemoto ensured an all-Japan final. While Fukuman/Yonao have played in one Superseries final – the last India Open, which they lost – it will be Tanaka/Yonemoto’s (featured image) maiden appearance in a Superseries title clash. Axelsen had things under control from the start against Ng Ka Long and never relinquished control. The Dane had a tight leash on the proceedings, controlling the shuttle well at the front and scoring regularly with his big smashes.

“I’m really satisfied, I played at a high level today, succeeded in being fast at the front court which was my gameplan,” said Axelsen after the 21-12 21-13 result. “Ng Ka Long is a good runner, an aggressive player, you can’t lift the shuttle to him. It’s tough in this hall. I had to control the front court and managed to do that.”

Axelsen anticipated a tough encounter against Chou Tien Chen, who beat his compatriot Anders Antonsen in the other semi-final.

“Chou is playing well; I have to be ready. I’m of course disappointed (with Anders’s loss)… we want to see all the Danes go all the way, but I’m sure we will see more of Anders.”

His compatriot was outplayed by Chou, who was too crafty for him on the day. Nevertheless, Antonsen did give a good account of himself, fighting for every point despite the widening gulf between the two.

“I didn’t feel any nerves, I felt a bit tired from yesterday,” said Antonsen. “I was just enjoying the moment. I tried the best I could. He played well, a solid match, didn’t make mistakes, played at a high pace. It was tough and I couldn’t break his defence down.”

Yonao and Fukuman were mostly comfortable in their semi-final against compatriots Yuki Fukushima/Sayaka Hirota, coming away victors in 39 minutes, 21-16 21-13.

Tanaka/Yonemoto, however, were caught in a tense battle with top seeds Jung Kyung Eun/Shin Seung Chan.

The Koreans had two match points but each time the Japanese defended desperately and turned the point around, finally gaining their own winner at 21-16 19-21 24-22.