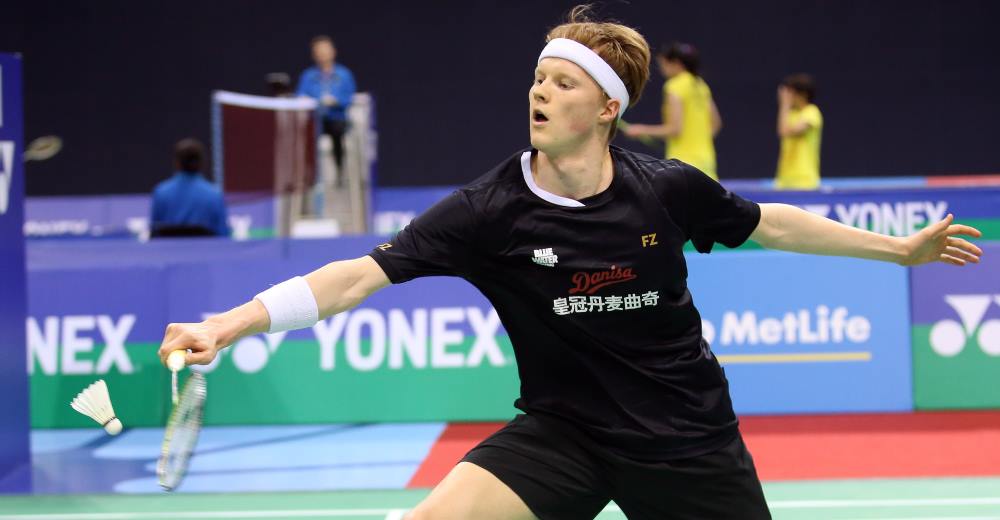 Young Dane Anders Antonsen followed compatriot Viktor Axelsen into the semi-finals of the Yonex-Sunrise India Open 2017 today and handled his first press conference with the same ease that he showed on court. next face Chinese Taipei’s Chou Tien Chen in the semi-finals.

“I’m just really proud… it was a good performance today; he’s a tough opponent, I’m proud that I beat him in two sets. I couldn’t be happier,” said Antonsen (featured image).

“It was tense in the first game. I had a lot of set points but he managed to save them. I was expecting a tough match, his style is to play at a high pace and he doesn’t make many mistakes. I had to work hard for every point. It is great to have two Danes in the semis. We will do everything we can to play each other in the final.”

The big match on the day was that of India’s two heartthrobs Saina Nehwal and Pusarla V Sindhu. The two had never met in a Superseries, and with Pusarla in the form of her life and Nehwal coming back from injury, there was plenty of speculation on which way the match would go.

Pusarla had the bigger weapons, and she was unafraid to use them; Nehwal, for her part, counter-attacked with forceful drives and her indefatigable physical game. Nehwal, though, wasn’t as sharp as she needed to be in the opening game and fell behind.

The second was fought on level terms; Nehwal frequently using the body attack to good effect. She had the lead at the death, but committed a suicidal mistake when she served into the net on game point. A misjudgement in the deep turned the tide as Pusarla had match point, which she converted with a smash down the line.

“She was leading from the start. I just kept believing in myself,” said Pusarla. “I never felt pressure event this morning. The crowd was very noisy and chanting our names… I knew it wasn’t going to be easy.”

Talking of their rivalry, which has featured prominently in the local media, Pusarla chose to play it down: “People have been speaking of it for a long time. We’ve played each other after a long time… it’s like facing any other player. It’s not that it’s special for me to beat her. I will give my 100 percent against any player.”