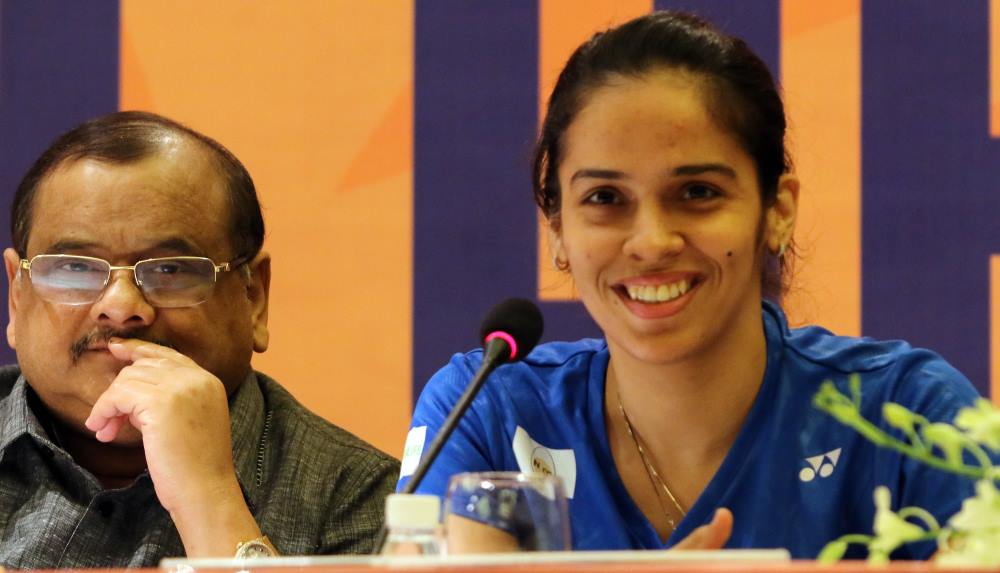 For much of her career, Saina Nehwal was a frontline contender at events she entered in. On the eve of the Yonex-Sunrise India Open 2017, however, cast in the unfamiliar role of a warrior feeling her way back gingerly rather than as a prospective champion swaggering in to reclaim her crown, Nehwal today said she had only one recourse.

“I just have to think it’s like when I started playing the game and the limelight was off me,” she said, a day before the second event of the MetLife BWF World Superseries circuit starts in New Delhi’s Siri Fort Complex. Nehwal’s knee injury at the Rio Olympics in August necessitated a surgery, but she returned earlier than expected, even winning the Malaysia Masters in January. Nevertheless, the Indian star (featured image) was unwilling to state she had returned to full fitness. That she was playing in the city of two of her most famous victories – the Commonwealth Games gold medal (2010) and the Yonex-Sunrise India Open 2015 – meant she had good memories to bank on.

“Delhi is special to me because of 2015 (title win) and getting to world No.1, and the Commonwealth Games gold. It’s special to play in front of your home crowd. The competition is getting tougher and tougher now, and coming back from injury isn’t easy. It will be tough from the first round; it’s hard to predict how far I can go.

“I know how tough surgery can be. Returning to the game is tough. You lose your movement and your touch. It’s not easy to lunge (for the shuttle). You lose control over the match. It’s not just about the physical side; it’s mental as well. It takes time.”

There were no such worries for two other popular Women’s Singles stars – Olympic champion Carolina Marin and her opponent in the Rio final, Pusarla V Sindhu.

Marin mentioned a few niggles, but the top-seeded Spaniard sounded pretty much at home, which she credited to her experience with the Premier Badminton League. “After the Olympic final, I got a lot of fans and followers (from India),” she said. “I’ve played here during the Premier Badminton League and I’m happy to be here again. I’ll just try to enjoy my game. The draw is very difficult. I’m taking it step by step. At the moment, I’m only thinking about my first round against the Korean (Kim Hyo Min).”

Assuming no surprises, Marin is likely to face Japan’s Akane Yamaguchi or Nozomi Okuhara in the semi-finals, while Nehwal might run into Pusarla in the quarter-finals.