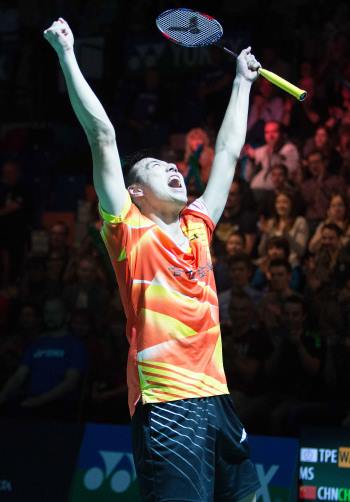 The Men’s Singles final was an all-Chinese Taipei affair with the experienced Chou outplaying Wang Tzu Wei 21-16 21-14 in just 34 minutes.

Wang earlier had created the upset of the tournament, beating Olympic champion Chen Long (China) in the semi-finals, 21-18 8-21 21-18.

Yamaguchi took the Women’s Singles title without having to hit a shuttle as her final opponent Carolina Marin (Spain) gave her a walkover. Top seed Marin endured a tough ride into the final, surviving three-game matches in the first round (against Denmark’s Line Kjaersfeldt), quarter-finals (against Japan’s Sayaka Sato) and semi-finals (against Japan’s Minatsu Mitani). Yamaguchi too had a rough path into the final, overcoming trouble in the first round against Denmark’s Mette Poulsen (21-19 21-19); Hong Kong’s Cheung Ngan Yi in the quarter-finals (20-22 21-18 21-17) and USA’s Beiwen Zhang (24-22 21-19) in the semi-finals. 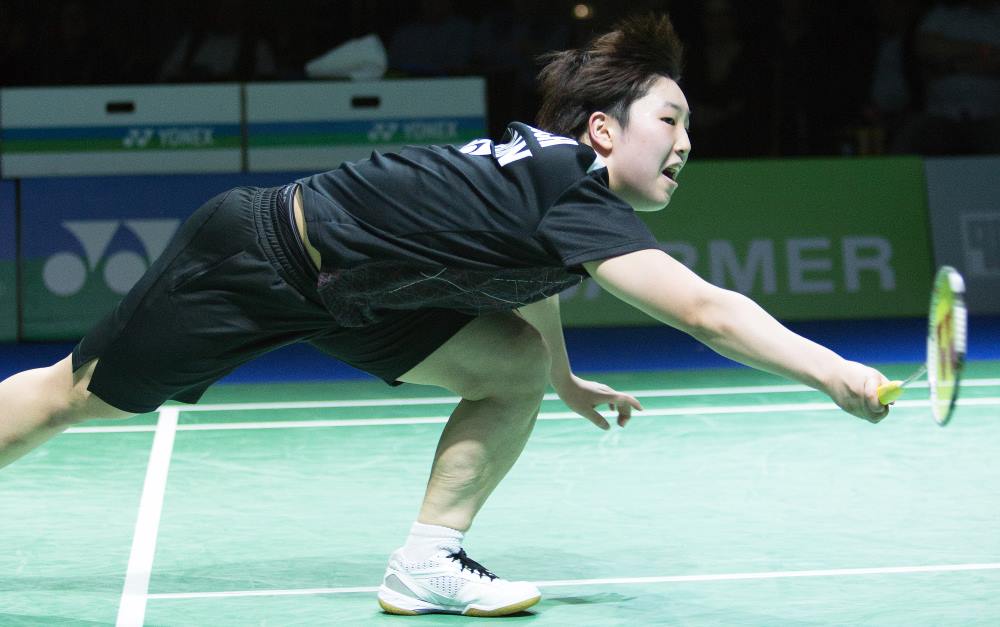 The Men’s Doubles final was a Danish affair with Astrup/Rasmussen getting the better of Mads Conrad-Petersen/Mads Pieler Kolding 21-17 21-13. Astrup/Rasmussen had a close shave against Japan’s Hiroyuki Endo/Yuta Watanabe in the semi-finals before prevailing 21-15 14-21 21-19, while Conrad-Petersen/Kolding had outwitted Russia’s Vladimir Ivanov/Ivan Sozonov in their semi-final, 21-14 21-16. 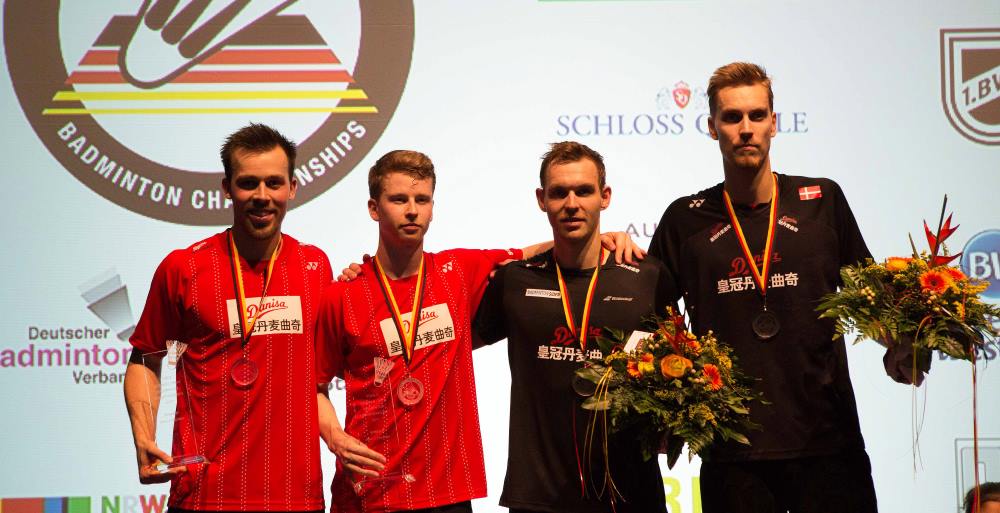 The Women’s Doubles final was the longest match of the day at 75 minutes, with Fukushima/Hirota coming through, 15-21 21-17 21-15 against China’s Huang Dongping/Li Yinhui.

The Japanese were mostly untroubled on their way to the final, with their only three-game match coming in the second round, where they beat Indonesia’s Greysia Polii/Rizki Amelia Pradipta 19-21 21-18 21-12. Top seeds Naoko Fukuman/Kurumi Yonao (Japan) were upset in the second round by local pair Isabel Herttrich/Carla Nelte, 21-18 8-21 21-17. 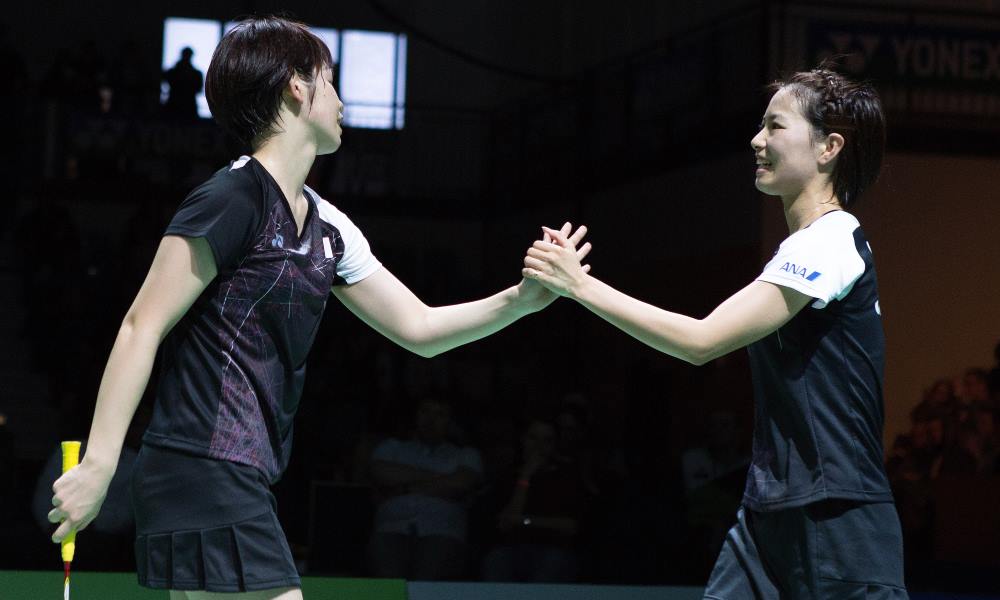 Li Yinhui made up for her disappointment in Women’s Doubles by taking the Mixed Doubles crown with Zhang Nan. The Chinese were too strong for compatriots Lu Kai/Huang Yaqiong, 22-20 21-11.

The toughest match they faced was in the quarter-finals against Olympic silver medallists Chan Peng Soon/Goh Liu Ying. The final game went down the wire with both pairs having chances. The Chinese saved two match points before converting their own third opportunity: 21-13 18-21 25-23. 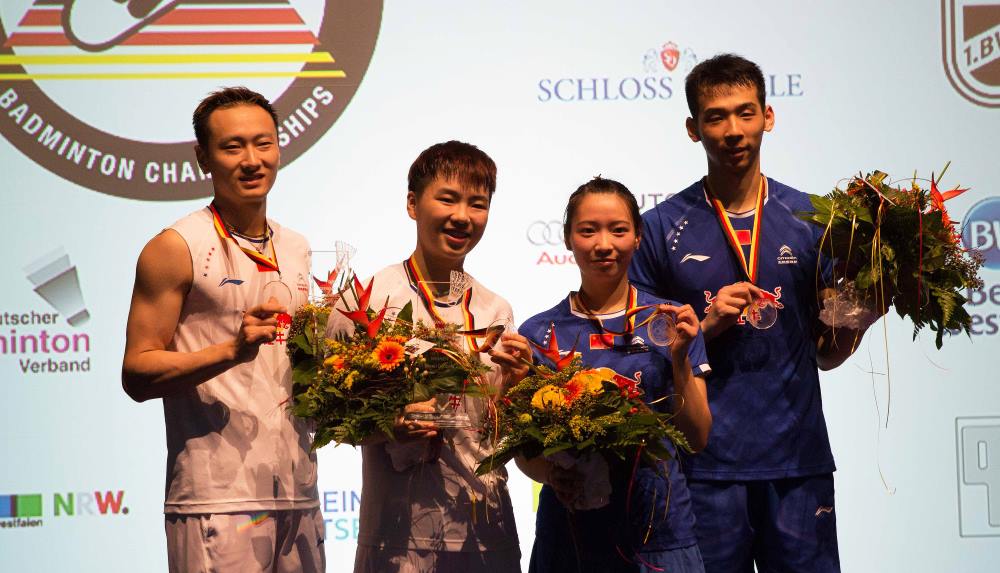 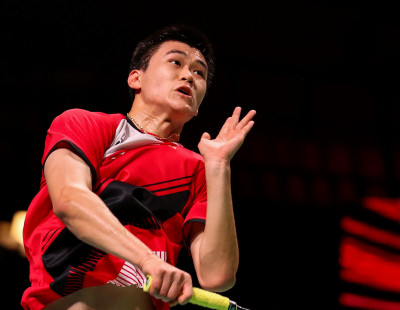 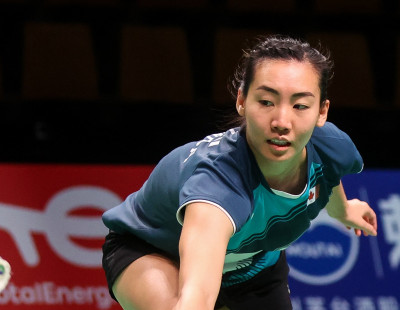 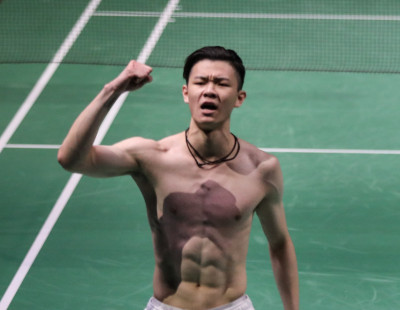 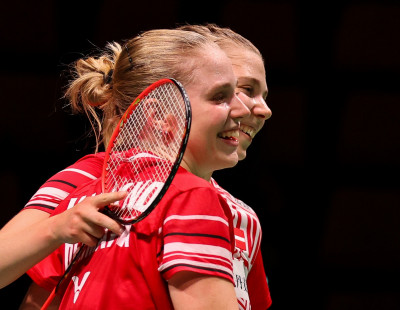