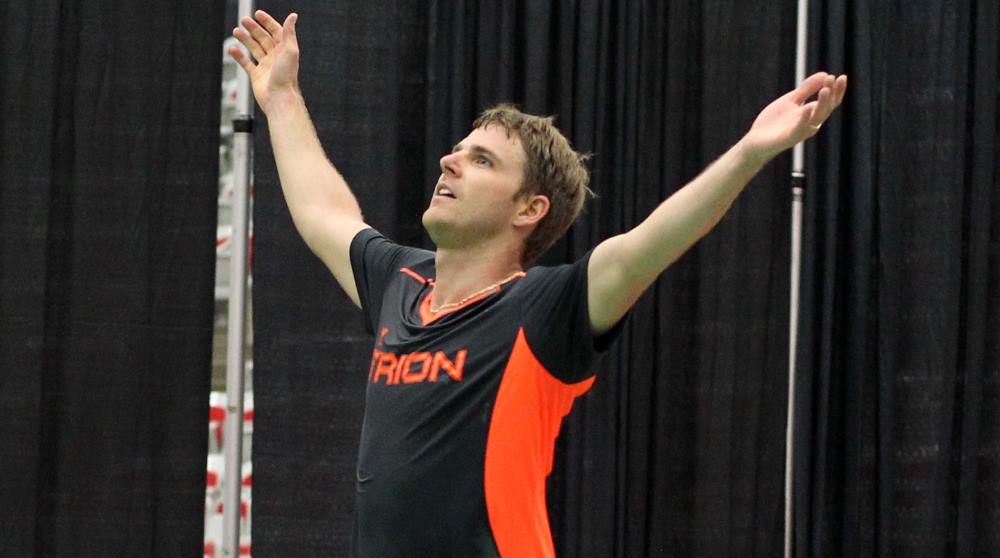 Brice Leverdez is currently juggling two roles. As a top-35 player, he has a demanding training schedule; he also runs a clothing company. In this chat with Badminton Unlimited, Leverdez reveals how he manages his time and energy between sport and business, his plans for the future, and how he pulled off one of the most memorable wins of his career at the Yonex Denmark Open last year. On managing both worlds

I really needed a flexible schedule because I also run a business so I couldn’t follow the schedule of the national centre. I need a schedule where I can train, and work for my company. My coach has a day job. I schedule my training first and then I fix my schedule for my business.

I need to take care of all the logistics myself: all the flight bookings, the hotels and so on. I also have to arrange for sparring partners. Sometimes I travel to Denmark, Germany and other places to practice with good players. This is not easy, especially financially because the federation doesn’t fund me anymore. So I have to find private sponsors and it’s not easy at the moment. It’s pretty hard but I still like my life, I still like to play badminton.

I feel good right now and have no plans to retire. Maybe I want to try for one more Olympics but it depends on my physical condition and my ability to stay focussed on my game and of course the financial viability. I feel good and I still enjoy playing badminton and want to give my best all the time.

I like the game. Training itself is hard but the game brings me joy and it releases energy. This is what I need. Even when I retire I will still need to find something to get my energy out and to have some fighting moments because I like the game. No matter if you lose or you win, during the game you have fun and having fun means going 100 percent with your emotions and adrenaline, your tactics and technique. This is what I like. I actually didn’t want to compete at the Denmark Open because I had played badly in the three weeks prior in Asia where I played badly in three tournaments. So I wanted to stop for a while and focus on my training and relax a little. But I’d already booked the flights and arranged for training sessions and I’d also registered to compete, plus the French Open was after that and I of course had to participate in that. I thought I’d compete in those two and take a break after that. So I didn’t arrive with expectations at the Denmark Open.

Basically when I played Lee Chong Wei, I was having fun on court. I was laughing a lot with my friend who was coaching me at that tournament. And I think that was how it kept me focused when I was playing and in between points because I was not too concerned about the result. I was just focused on every point played and I could keep my rhythm and my tactics. I felt good but it was only a quarter-final. I think if it was the final, I would have been more pleased. I know the semifinal was the next day and I wanted to win. So I could not really enjoy the moment of beating Lee Chong Wei as my mind was already on something else.

The match finished late and by the time I went back to the hotel it was past midnight.

My phone has never rung that much before and I had so many text messages but I couldn’t reply to any of them at all. I was too tired and mentally I was still playing in my mind so I slept at 4am and had to wake up at 8am and then play at 10am. The semi-final was the first match scheduled in the morning. I couldn’t deliver a good performance because I wasn’t fit to perform that day.

My legs were not moving as I wanted them to move and Tangongsak (Saensomboonsuk) was playing amazing that week and he was playing great shots. It was tough to get anything off him that day.