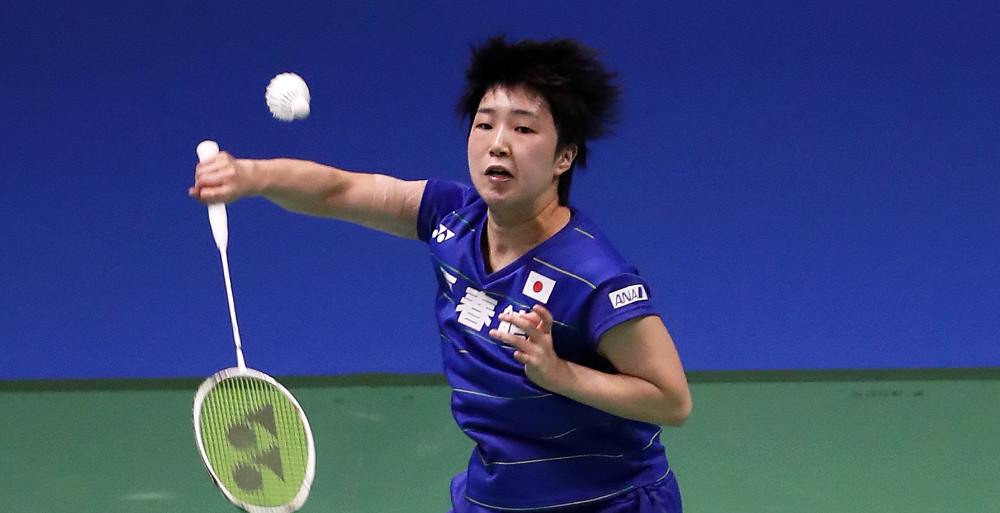 Women’s Singles Group B is set for a tantalising finish after Akane Yamaguchi beat Olympic champion Carolina Marin in a late match today at the Dubai World Superseries Finals. Japan’s Yamaguchi sustained her pacy style even in the late stages of the match to outlast Spain’s Marin 18-21 21-17 21-14 in 86 minutes, the longest match of the tournament thus far.

After an uneven start, Pusarla had things going her way for a while in the second, working the shuttle around and flicking quick winners. That she couldn’t capitalise on a handy 13-9 lead and push the contest into a third game was the story of the match – at important phases the Indian switched to a reactive rather than creative mode, enabling Sun to grab the initiative with her heavy smashes from the back. Once the momentum shifted, the Indian slowly faltered in a clutch of errors, and Sun had the match under control.

In contrast to Group B, the semi-finalists from Group A were decided today, with Tai Tzu Ying joining Sung Ji Hyun into the knockout stage. World No.1 Tai was untroubled by the less-than-fully-fit Ratchanok Intanon (Thailand) as she eased to a 21-12 21-14 result. Intanon, still recovering from a knee injury, was tentative around the court and gave Tai all the openings she needed to quickly finish the job.

“I just commenced training two weeks ago,” said Intanon. “The first week was about trying to move. I’m getting better. The injury happened before the Olympics, but after that it kept getting worse. I do feel bad missing out on tournaments, especially since so many young players are coming up.” Malaysia’s Goh V Shem and Tan Wee Kiong won a thrilling 58-minute battle against Li Junhui and Liu Yuchen to cement their semi-final place from Group B of Men’s Doubles.

Li/Liu second loss meant that they have no hope of progressing to the knockout stage.

Goh and Tan kept their nerve in a tight finish, edging past the Chinese duo 18-21 21-19 21-19. The Malaysians’ next match with China’s Chai Biao/Hong Wei will decide the group winners.

Meanwhile, in Mixed Doubles, defending champions Chris Adcock/Gabrielle Adcock find themselves in a spot after losing to China’s Zheng Siwei/Chen Qingchen 21-17 21-17. The England duo have to win tomorrow’s match against China’s Lu Kai/Huang Yaqiong, but even that will not guarantee them of a spot in the semi-finals.

Olympic champions Tontowi Ahmad/Liliyana Natsir bowed out of the tournament owing to Natsir’s knee injury. The Indonesians retired at 21-8 11-6 down against Denmark’s Joachim Fischer Nielsen/Christinna Pedersen. The Danes and another Indonesian pair, Praveen Jordan/Debby Susanto, progressed to the semi-finals. Axelsen had a 10-4 lead in the decider, but seemed to lose patience during the rallies as he attempted quick winners. The Dane’s mid-game lapse saw him leak 10 of 12 points, allowing Son to go ahead 14-12. Despite stemming the flow, Axelsen couldn’t regain the momentum at the end.

“I tried to enjoy the game out there,” Son said. “I’m excited to be in the semi-finals. The deficit in the third game was quite large, but I had narrowed his lead by the mid-game interval, and that gave me confidence.”

Malaysia’s Lee Chong Wei kept alive his hopes of making the knock-out stage with a 21-15 22-20 victory over Hong Kong’s Ng Ka Long. Still showing signs of rust after his injury layoff, Lee managed to finish the game in straight games despite trailing for most of the second.

“Perhaps today’s performance was better than yesterday’s,” said Lee. “I wasn’t a 100 percent. Perhaps that’s because I haven’t been playing any tournament for the past two months and I haven’t had the feeling of playing competitive badminton. So between yesterday and today, I think today was a little better. After coming back from injury and missing out on tournaments for the past two months, I was thinking too much on court today. I was feeling a little nervous and my footwork was a little slow in reaching the shuttle, but it’s ok. Today is only the second match and I hope for a better performance tomorrow.”