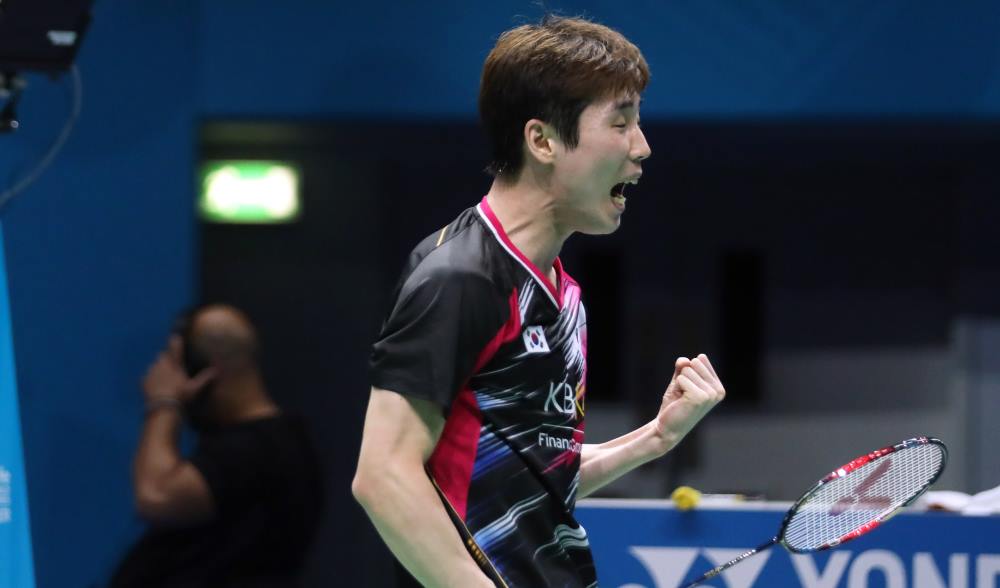 the first time in over four years, at the Dubai World Superseries Finals.

The Malaysian, winner of three World Superseries titles this season and the Olympic silver, could not quite find his range in their Men’s Singles Group B match, even as Son stepped on the pedal and did not let go. Lee appeared tentative and leaden-footed in his first competitive match since October’s Yonex Denmark Open, where he suffered a hamstring injury. However, the Male Player of the Year did not offer any excuses following his 21-10 21-16 defeat.

“Winning and losing are part of the game,” said Lee. “I will try to recover and try my best for the next match.”

Son’s only previous victory over Lee in 11 matches was in the final of the Yonex Sunrise India Open in 2012. Since then, he has lost six matches, five of them in straight games.

“I have lost many times to him,” said Son. “I tried to learn from my past losses. I tried to relax and get into my rhythm. My confidence grew once I got a lead early in the match. Maybe he wasn’t in his best condition, but this win will help my confidence for the rest of the tournament.”

Denmark’s Viktor Axelsen went into his Group B match wary of Ng Ka Long, as his opponent was coming

off a World Superseries title win. The Hongkonger stayed level until midway in the second, but Axelsen stayed sharp at the crucial moments and kept his lead, a backhand drive giving him the match: 21-13 21-17.

“It was a tough match, Ng Ka Long came here in good shape as he had won the Hong Kong Open,” said Axelsen. “I had to get a win today as I’m in a tough group. I played well, I kept my cool at the end of both games.”

India’s Pusarla V Sindhu did not disappoint the partisan crowd in her come-from-behind victory over Japan’s Akane Yamaguchi (Women’s Singles Group B).

The pint-sized Japanese dynamo stonewalled Pusarla and ran off to a quick first game win. The Indian was deep in thought early in the second with Yamaguchi scurrying around and returning everything, but gradually the Indian started to catch her with sliced drop shots and attacking clears that Yamaguchi struggled to counter. “She got a big lead early on; she wasn’t letting any shuttle past her,” said Pusarla. “I tried to keep the shuttle deep in the second game and was able to cut down on my errors. I’m very happy to get a good start to my campaign here.”

Women’s Doubles defending champions Luo Ying/Luo Yu had an inauspicious start to their campaign, falling 21-19 21-15 to Korea’s Chang Ye Na/Lee So Hee in Group A.

“Our first Superseries victory (Thaihot China Open) in November has given us a lot of confidence, and we’re hopeful of doing well here,” said Chang Ye Na. “It has always been our aim to qualify for Dubai. The conditions are very nice and we’re keen to continue our winning performance.”