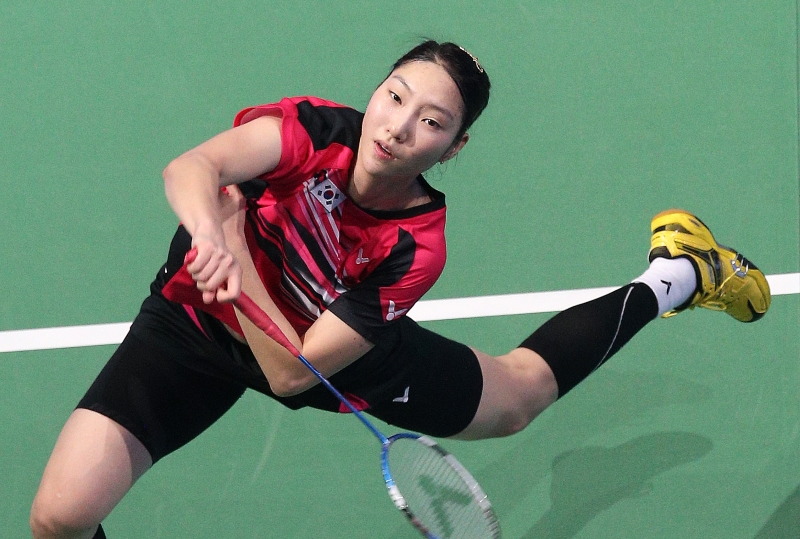 The hosts were never threatened as all the five matches were won in straight games in the final Grand Prix Gold event of 2016.

The Chinese Taipei pair had a difficult road to the final, surviving three three-game matches on the way, before falling to Ko/Kim. Sung Ji Hyun (featured image) eased past compatriot Lee Jang Mi in the Women’s Singles final, 21-8 21-10. Sung had little trouble during her campaign, winning all of her matches in straight games. Lee Jang Mi swept past Japan’s Ayumi Mine in the quarter-finals and Natsuki Nidaira (also Japan) in the semi-finals in straight games.

Thai Mixed Doubles pair Dechapol Puavaranukroh/Sapsiree Taerattanachai stood in the way of a Korean sweep. The Thais fought level with top seeds Ko Sung Hyun/Kim Ha Na in the first game before their challenge melted in the second as they fell 21-19 21-16 in 36 minutes.