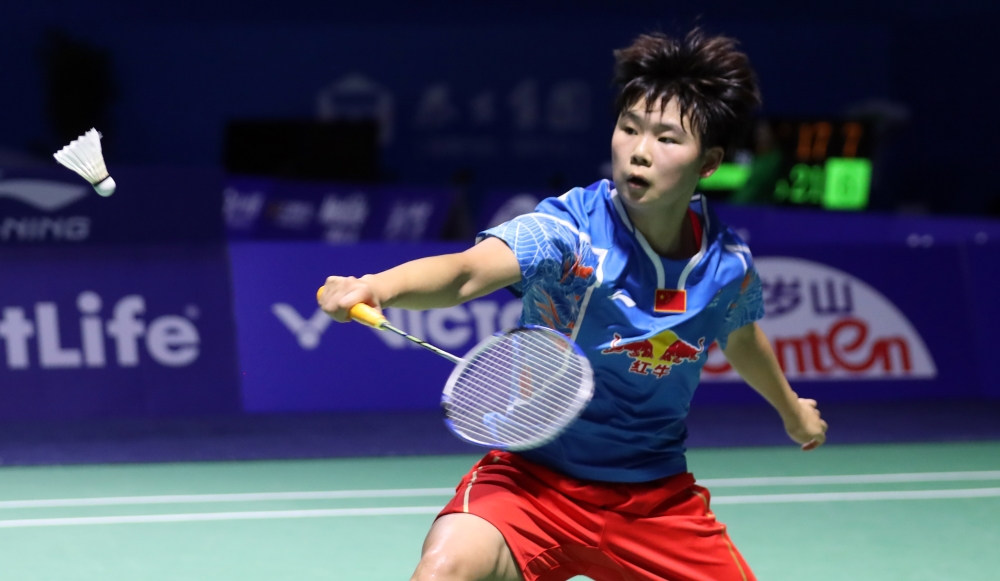 A proud home tradition could be under threat this week at the Thaihot China Open, which entered its 30th year.

The event started in Fuzhou in 1986 and returned to the city in 2014, where it has been held since. The Superseries Premier event has acquired a reputation for being particularly challenging to win for visiting players. Chinese head coach Li Yongbo reeled off some numbers yesterday at a press conference to assert the dominance of local players at their home event. In fact, the last non-Chinese Women’s Doubles winners were seen in 1991 – 25 years ago – when Korea’s Chung Myung Hee and Hwang Hye Youn ascended the podium.

It is this long uninterrupted reign that China might be in danger of losing, given a string of recent retirements and injury casualties in the category. With long-time warriors Zhao Yunlei, Tian Qing, Yu Yang and Ma Jin retiring in recent weeks, China will be dependent on lesser lights to keep the winning tradition alive. A young generation is being thrust into the limelight in the post-Olympics season.

Of these, there will be expectations on young pair Chen Qingchen and Jia Yifan. The Yonex French Open champions have quickly come of age and are a good bet for the title – but they are in a tough half, which is headed by Rio gold medallists Misaki Matsutomo/Ayaka Takahashi.

With the number of heavyweights crowded at the top, second seeds Jung Kyung Eun/Shin Seung Chan might fancy a relatively smooth ride to the final; the Koreans’ main threats being China’s Luo Ying/Luo Yu. China also have a fantastic record in Women’s Singles, having lost the title only three times in 27 editions. This year could be problematic for the hosts, though, as their three stalwarts of recent years – Wang Yihan, Wang Shixian and Li Xuerui – are out, either due to retirement or injury. China’s challenge will be led by He Bingjiao and Sun Yu. The former showed she is ready to step into the shoes of her seniors with title wins in Japan and Paris, but her home event might be a more difficult proposition. For a start, Olympic champion Carolina Marin stated that she was back in business.

“I had some injuries after the Olympic Games because I was at a high performance level there,” Marin said. “I’m now looking to do my best this week and in Hong Kong.”

Marin is in the same quarter as BCA Indonesia Open winner Tai Tzu Ying (Chinese Taipei) who leads the Destination Dubai Rankings. Yonex All England winner Nozomi Okuhara is in the second quarter with Sun Yu and new World Junior champion Chen Yufei (China), who will be the cynosure here, having won the title in Bilbao on Sunday.

He Bingjiao is in a tough quarter, with Rio silver medallist PV Sindhu (India) and 2014 champion Saina Nehwal (India). Others in the half are Korea’s Sung Ji Hyun, Japan’s Akane Yamaguchi and Thailand’s Ratchanok Intanon; the latter two, both Superseries winners this year, taking on each other in the first round.

“Everything’s changed for me after the Olympics,” said Sindhu. “I got back to practise soon after that. I did well in Denmark and Paris but the matches were very close; in Denmark I lost narrowly to Sayaka Sato and in Paris to He Bingjiao. Both the matches could’ve gone my way. I’m happy with the way I’m playing.” Three-time Men’s Singles winner Chen Long returns to competitive action for the first time since winning the Olympic gold medal in August. The local hope, seeded 2, will need to be sharp from the outset as he takes on Indonesia’s Tommy Sugiarto.

“I don’t want to tinker with my game too much, but some important changes need to be made. I just want to keep improving.” Mixed Doubles first round matches, held after the singles qualification rounds, saw a high-profile casualty in the form of Joachim Fischer Nielsen/Christinna Pedersen. The Danes were involved in a close tussle with China’s Liu Cheng/Huang Dongping before losing the first match point on a line call that they contested for long but without success. Liu/Huang take on Korea’s Yoo Yeon Seong/Chang Ye Na next.