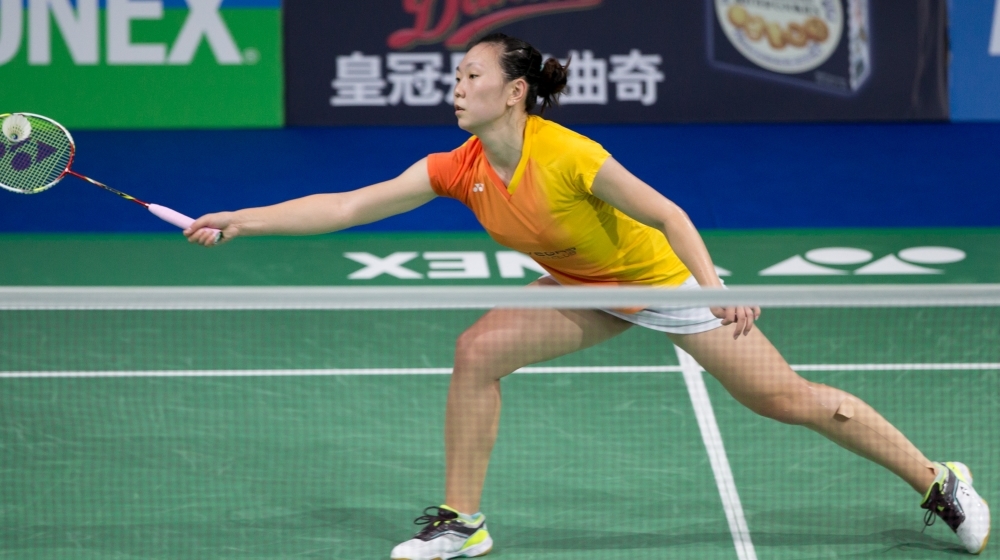 two months in singles has set up a dramatic final leg in China and Hong Kong, before the year closes with the Dubai World Superseries Finals.

When the first half of the MetLife BWF World Superseries season ended before the Rio Olympics, the results indicated that experience was a key virtue in winning a Superseries. Except Kento Momota (Yonex Sunrise India Open), all the men winners were in their thirties, while the women had all won at least one Superseries previously.

The narrative completely changed in the post-Olympics season, with four first-time Superseries winners.

While Malaysia’s Lee Chong Wei once again demonstrated his class and rode to his 44th Superseries title at the Yonex Open Japan, China’s He Bingjiao notched her first, showing tremendous resilience in match after match to take her crown – incidentally, China’s first Women’s Singles title of the year.

Lee, silver medallist in Rio, had a low-key season subsequently, withdrawing from the Viktor Korea Open, and then falling in a quarter-final upset to France’s Brice Leverdez in the Yonex Denmark Open. A hamstring injury that he picked up caused him to withdraw from the Yonex French Open the following week. Despite these bumps in the road, the Malaysian is No.5 in the Destination Dubai Rankings.

The top-ranked player is Son Wan Ho, who twice fell at the final hurdle in his quest to add to the two Superseries victories of his career. Son had a chance to come good on home turf but ran into an inspired Qiao Bin – the Chinese annexing his first Superseries win – while in Denmark, it was the turn of Thailand’s Tanongsak Saensomboonsuk to deny him.

The Thai, hardly known for his consistency, has never even been in a Superseries final in a fairly long career, but he was able to shut Son out in straight games in the final. This was to be Son’s third runner-up finish this year – he also came second in Singapore, to Indonesia’s Sony Dwi Kuncoro – and the accumulated 54,130 points gives him top spot, ahead of China’s Tian Houwei (49,140). If players like Shi showed that a new generation is rapidly coming of age, Lee Hyun Il demonstrated tremendous class in continuing to play at a high level despite being 36. At an age when players reconcile themselves to veteran events, Lee showed he could match the best in the business – he made the semi-finals of the Victor Korea Open beating players like Denmark’s Jan O Jorgensen and India’s Ajay Jayaram, and followed that up with a semi-final in Denmark and the final in France. Quite remarkably, in Denmark and France he proved too good for Olympic bronze medallist Viktor Axelsen (Denmark). Other victims in France included India’s Sai Praneeth, Chinese Taipei’s Chou Tien Chen and Hong Kong’s Ng Ka Long. Lee’s unhurried, masterly elegance and control showed a dimension of badminton that’s rarely seen in the contemporary game.

The top three Danes – Jorgensen, Vittinghus and Axelsen – are in the running for Dubai. Vittinghus, at No.4, said he was “surprised” to find himself ahead of Axelsen. “I’m a bit surprised to still be ahead of Viktor at this stage,” said the winner of the XiamenAir Australian Open. “I had a great first half of the season with the All England and winning in Australia but the last few events have not been so good. I am pleased to still be in the top eight who are qualifying for Dubai and I will try to stay there. Since reaching the Finals in 2014, I have wanted to get back there. This year it’s likely to go down to the wire. According to the China Open draw, I could play Viktor in the quarter-finals. Hong Kong’s Ng Ka Long is also strongly placed at No.6 and will hope to seal his place for the first time: “I am motivated by being Hong Kong No.1 player now. I want to continue improving and getting good results. I am in a position to qualify but I must play well in the last two Superseries to maintain my position. It’s a prestigious tournament and all players want to be there,” said the Hong Kong player.

He Bingjiao, Yamaguchi in Form

A Korean sweep at home was prevented first by Japan’s Akane Yamaguchi in Women’s Singles before Qiao Bin stopped Son Wan Ho in the men’s. Yamaguchi, whose last Superseries title had come three years ago, finally climbed atop the podium again after overcoming Sung Ji Hyun. The Japanese would carry her form into Denmark, where she overpowered Chinese Taipei’s Tai Tzu Ying in the title bout. Tai’s overall form this year, which included the BCA Indonesia Open title and runner-up spots in Malaysia and Denmark, saw her climb into the top spot of the Destination Dubai Rankings with 62,000 points, nearly 4,000 points ahead of Yamaguchi in second.

The talking point in France was the performance of Beiwen Zhang (featured image). The US player stormed to her first Superseries final with a spirited show during the week, which included upsets of Yamaguchi and China’s Sun Yu, but she would find He Bingjiao a tougher nut to crack – the young Chinese picking up her second Superseries and climbing up to fifth spot in the Destination Dubai Rankings.

This week’s Thaihot China Open and the following week’s Yonex Sunrise Hong Kong Open will decide the eight players and pairs who qualify for the season-ending Dubai World Superseries Finals (14 to 18 December) at Hamdan Sports Complex.