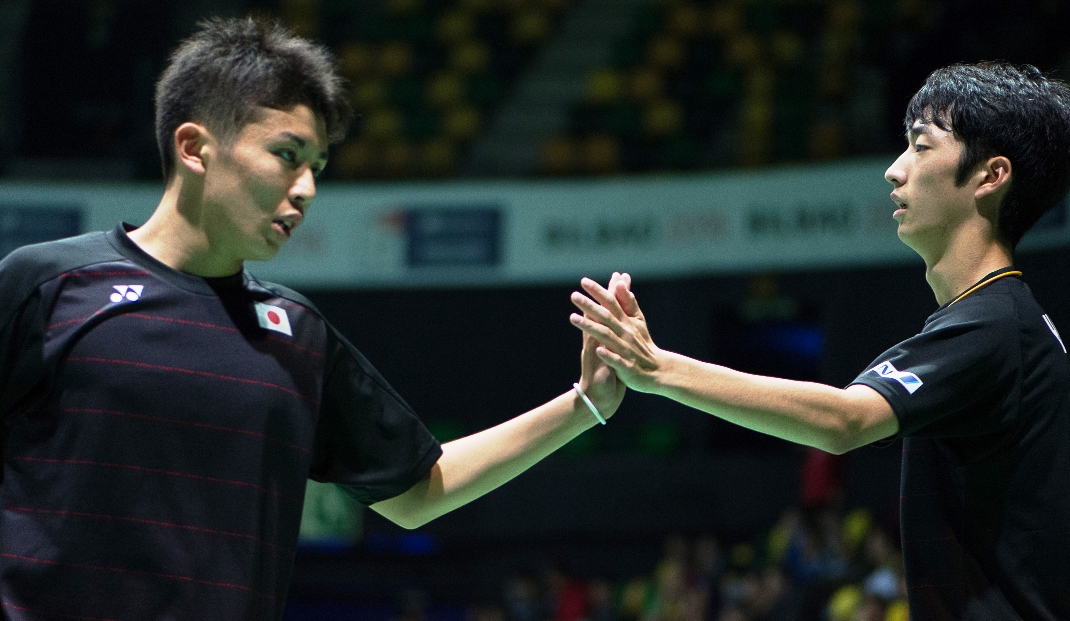 Badminton’s top guns got down to serious business this evening, brushing aside those with aspirations of grandeur as they zeroed in on the big prize in the BWF World Junior Mixed Team Championships.

Gone are the likes of England and Singapore, swept 3-0 by title-holders, China, and Japan in the group play-offs to determine the quarter-finalists from Groups A and C respectively. Denmark and Chinese Taipei advanced to the quarter-finals too, at the expense of USA and Poland respectively in Groups D and B.

However, by midday tomorrow, there will be a seismic disturbance in northern Spain as either last year’s runners-up, Indonesia, or Korea – the powerhouse that failed to deliver a year ago – will be on the sidelines as the Group F winner is decided.

France versus India to determine the Group G quarter-finalist as well as Germany against Thailand for Group H honours are also among the morning’s intriguing prospects. Malaysia will take on Czech Republic for the top place in Group E.

Not getting excited by 5-0 sweeps of Bulgaria, Finland and Netherlands in Group G2, India’s coach Tan Kim Her expects the going to be much rougher versus the French. Pondering that tie, he said: “France has a good, balanced team, in girls and in doubles. We need to plan very well. We have not done anything special so far but France will be tough.”

As his players put the finishing touches on a 4-1 rout of Spain in Group F2, Indonesia Team Manager Fung Permadi acknowledged they will have their work cut out for them against Korea to whom they lost in the Asian Junior Championship in May. He revealed the line-up would be changed from their matches against Norway and the hosts “for us to have a chance versus Korea”.

Meanwhile, Japan Team Manager Hiroyuki Hasegawa looked ahead to their quarter-final versus Denmark, noting “the Danes are very tall so we must be mentally ready for their attack and give 100 per cent”. Asked what impact Japan’s success at senior level, including the Thomas Cup victory in 2014 and the Women’s Doubles gold medal at the Rio Olympics, has had on junior players, he replied: “Our juniors want to achieve similar excellence on their level”.

His opposite number, Denmark Team Manager Bo Ømosegaard said they are “very happy to be in the top eight”, though the tie versus the USA – which Denmark won 3-0 – was “much harder than it looked”.

“Japan are obviously the favourites but we will do the best we can,” he added of the upcoming quarter-final. Meanwhile, Spain gave a decent account of themselves against Indonesia’s next generation. Inspirational captain, Clara Azurmendi, triggered raucous cheers in Balibao Arena as she wrestled the Women’s Singles match from Gregoria Mariska Tunjung, 21-12 18-21 21-18. The lanky 18-year-old overcame a four-point deficit in the middle of the third game just as Tunjung appeared set to run away with victory at 15-11. Showing the kind of tenacity that has seen a more famous Spaniard become the leading player in the world, Azurmendi punched the air in delight to celebrate the hosts’ lone success in the tie.