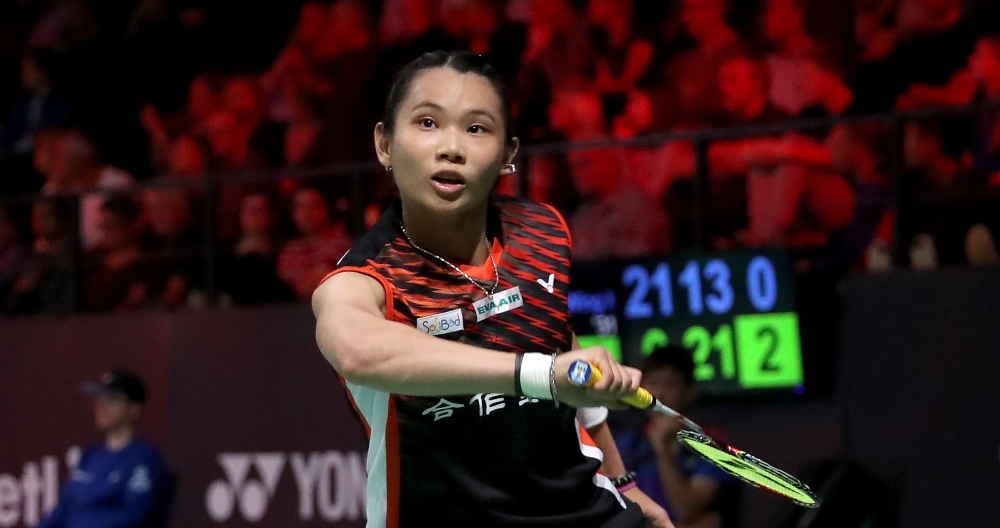 Japan’s Akane Yamaguchi, riding the form of her life with two straight World Superseries titles, has climbed to the second spot in the latest Destination Dubai Rankings.

The Japanese, winner of the last two Superseries in Korea and Denmark, is less than 4,000 points behind Tai Tzu Ying, who surged to the top spot with 56,960 points after her runner-up finish in Denmark.

The Women’s Singles World No.5 from Chinese Taipei has been consistent in the MetLife BWF World Superseries season, winning the BCA Indonesia Open and finishing runner-up in two events. The top eight players and pairs will be invited to Dubai for the Dubai World Superseries Finals. Tai was the winner of the first edition of the Dubai event in 2014. This year’s event will be held from December 14 to 18, once again at Hamdan Sports Complex.

The top eight places in the Destination Dubai Rankings is a reflection of the spread of elite talent, with representatives from six countries. Japan and China have two players each in the top eight: Yonex All England champion Nozomi Okuhara (No.6) trails her compatriot Yamaguchi, while Yonex Open Japan winner He Bingjiao (China) is at No.7, behind compatriot Sun Yu (No.4).

Thailand’s Ratchanok Intanon (No.3), Korea’s Sung Ji Hyun (No.5) and India’s Saina Nehwal (No.8) are the others in the top eight. Olympic champion Carolina Marin (Spain) is close behind at No.9, while another Japanese, Sayaka Sato, is at No.10.

In Men’s Singles, Thailand’s Tanongsak Saensomboonsuk did himself a huge favour by winning the Yonex Denmark Open. The Thai’s title triumph saw him leap into contention to qualify for the year-ending Dubai World Superseries Finals as he leapt up by 13 places to No.13 in the Destination Dubai Rankings. The player he beat in the Denmark final, Korea’s Son Wan Ho, occupies the top spot with 49,090 points, just ahead of China’s Tian Houwei. Malaysia’s Lee Chong Wei, winner in Malaysia, Indonesia and Japan, is at No.3. Denmark have three players in the top eight: Jan O Jorgensen (No.4), XiamenAir Australian Open winner Hans-Kristian Vittinghus (No.5) and Viktor Axelsen (No.7).

Germany’s Marc Zwiebler and Hong Kong’s Ng Ka Long are the others in the top eight. Olympic and World champion Chen Long (China) is currently at No.18. Malaysia’s Goh V Shem and Tan Wee Kiong’s recent golden run of form has helped them consolidate their position atop the Destination Dubai Rankings in Men’s Doubles. The Denmark Open winners, also semi-finalists in Korea, have 52,710 points, nearly 9,000 points clear of China’s Chai Biao/Hong Wei in second. Three Indonesian pairs are in the top eight: Marcus Fernaldi Gideon/Kevin Sanjaya Sukamuljo (No.3); Angga Pratama/Ricky Karanda Suwardi (No.6) and Mohammad Ahsan/Hendra Setiawan (No.7). Ahsan and Setiawan however have been split recently and paired with different partners.

Yonex Open Japan winners Li Junhui/Liu Yuchen (China) are at No.5 while Denmark’s Mads Pieler Kolding/Mads Conrad-Petersen are at No.8. This has been Misaki Matsutomo and Ayaka Takahashi’s year. The Japanese duo have four titles and two runner-up spots in the MetLife BWF World Superseries season this year, giving them the highest points among all the leaders in the five categories. With 68,890 points, they are over 12,000 points clear of the second-placed Jung Kyung Eun/Shin Seung Chan (Korea).

Two other Japanese pairs – Naoko Fukuman/Kurumi Yonao (No.4) and Shizuka Matsuo/Mami Naito (No.7) – are also in the top eight. In Mixed Doubles, young Chinese Zheng Siwei and Chen Qingchen have made an impressive climb by five spots following their brilliant form in recent Superseries events. The Chinese, winners in Japan and runners-up in Australia, Korea and Denmark, are No.5 in the Destination Dubai Rankings.

The top spot is occupied by Korea’s Ko Sung Hyun/Kim Ha Na, winners in Korea and quarter-finalists in Denmark.

Denmark Open winners Joachim Fischer Nielsen/Christinna Pedersen (Denmark) are at No.3, behind China’s Lu Kai/Huang Yaqiong and ahead of England’s Chris Adcock/Gabrielle Adcock.