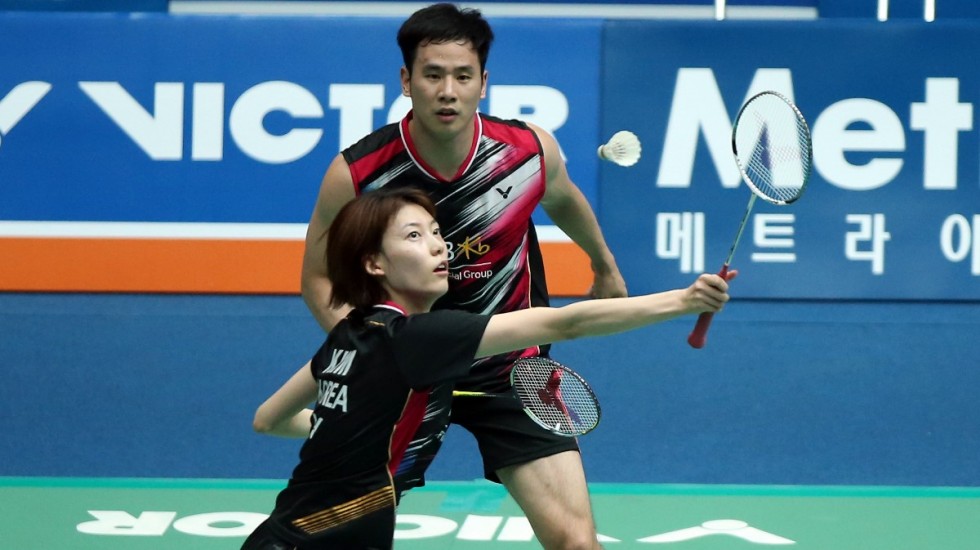 To Ko Sung Hyun and Kim Ha Na, the Victor Korea Open final was as much about pride as it was about winning their home World Superseries title.

After they outwitted the fast-rising Chinese Zheng Siwei and Chen Qingchen in the Mixed Doubles final, Ko revealed they were in the tricky position of having to prove their No.1 status on home

soil. The straight-games victory over the Chinese, which brought them their second Superseries title in four finals in 2016, put the issue beyond doubt – the Koreans (featured image), nearly 6000 points clear of No.2 Lu Kai/Huang Yaqiong (China), have been the strongest Mixed Doubles pair in Superseries this season.

The top eight players and pairs in each category will qualify for the Dubai World Superseries Finals, to be held in the desert city from 14-18 December at Hamdan Sports Complex.

World Junior champions Zheng and Chen have rapidly come of age – making the finals of the last three Superseries. Their first title came in Japan; there will probably be many more. The two prodigies have jumped five places in the Destination Dubai Rankings and are currently at No.10.

“I’m really thrilled to win my first Superseries,” said Zheng. “We lost one final earlier. We’ve shown we have the skills to win a Superseries.”

Their compatriots Lu Kai/Huang Yaqiong, winners in India and Australia, lost to their juniors twice – in Japan and Korea – but the ranking points from their productive half-way season helped them stay at No.2 with Danish duo, Joachim Fischer Nielsen/Christinna Pedersen, at No.3 in the race.

Malaysia’s Chan Peng Soon and Goh Liu Ying followed up on their silver-medal performance at the Rio Olympics with a semi-final finish in Japan and a quarter-final in Korea; the Malaysians falling to Ko and Kim on both occasions. Ahmad/Natsir had a nightmare season in the middle of the year, but a sudden revival of fortunes saw them peak in Rio; their gold medal will no doubt see them return with renewed vigour for the rest of the season.

Jordan/Susanto weren’t quite able to follow up on their win at the Yonex All England, but the post-Olympics break might be all they need to finish on the podium once again.