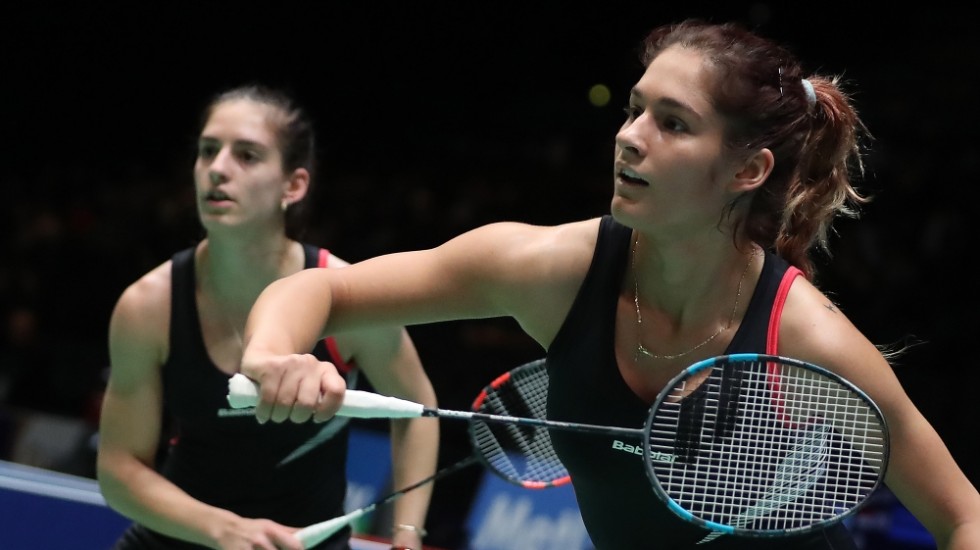 Korea’s women shuttlers provided the silver lining on an otherwise cloudy day for the hosts in the first round matches at the Victor Korea Open today.

Teen Kim Hyang Im won her singles and Women’s Doubles to head a clutch of local players who vaulted their opening hurdles.

Apart from Sung and Kim Hyang Im, emerging players such as Kim Hyo Min, Kim Na Young, Lee Jang Mi and Kim Ga Eun returned victorious. One of the few upsets of the day was the loss of Yonex Open Japan runner-up Sun Yu —  the Chinese No.8 seed couldn’t put much of a fight against Lee Jang Mi, who prevailed 21-18 21-14.

Korea also had a good day in Women’s Doubles, but had to stomach disappointments in both the men’s categories.

“It’s my first tournament after the Olympics, I’m motivated to start over again,” said Sung Ji Hyun. “Since it’s my home event, a lot of people show up and that’s very encouraging. I don’t know why I didn’t win any other Superseries over the last year. I’m not really satisfied with my results, but I’m trying my best. After the Olympics, I tried to get my motivation back. The next aim is to qualify for Dubai,” she added, referring to the Dubai World Superseries Finals, in which she was the 2014 runner-up. Bulgaria’s Stoeva sisters (featured image) made the second World Superseries quarter-finals of their career with a revenge win over Maiken Fruergaard and Sara Thygesen.

The Danes had upset them in the European Championships in April, and the Stoevas – Stefani and Gabriela – revealed that that result had been on their minds in the Women’s Doubles opening round today. The 21-17 21-14 victory ensured that they would make the quarter-finals, since their second round opponents, China’s Huang Yaqiong/Tang Jinhua, had withdrawn earlier.

“We tried to be focussed all the time today,” said Gabriela Stoeva. “We know them very well, we’ve played them many times. We lost to them at the European Championships; we wanted to take revenge. Last time we were too nervous because it was the quarter-finals. This time we didn’t make so many mistakes. We’re in the Superseries quarter-finals for the second time. The last was at the French Open last year. We’re very happy to be in in the quarter-finals of a Superseries.” “I don’t know why I keep running into these rally kind of players,” Praneeth said. “We Indians especially prefer to play stroke players rather than rally players. But I played quite well and the conditions are good. There’s no drift; the smashes went well; my net shots were spinning.” “It went exactly as I’d expected,” Jorgensen said. “Sony was very tricky, he’s won a lot of tournaments. It’s rare that winners of Superseries meet in the first round. I’m happy to win in two. I started well and had a lead but made some easy mistakes; he got some good serves, some quick points, pushing it around and annoying me with hitting the net (tape) and acting like it’s the most normal thing in the world. I ended it really well and showed I’m tough to beat.”

It was a bad day for the hosts in Men’s Doubles, with every pair biting the dust, leaving only top seeds Lee Yong Dae/Yoo Yeon Seong in the contest. Lee Sang Won/Park Kyung Won were outplayed in a close match by Malaysia’s Hoon Thien How/Teo Kok Siang, 21-19 19-21 22-20, while another young pair, Chung Eui Seok/Kim Duk Young, started well against Yonex Open Japan champions Li Junhui/Liu Yuchen but could not stay the distance as they went down 17-21 21-17 21-10.