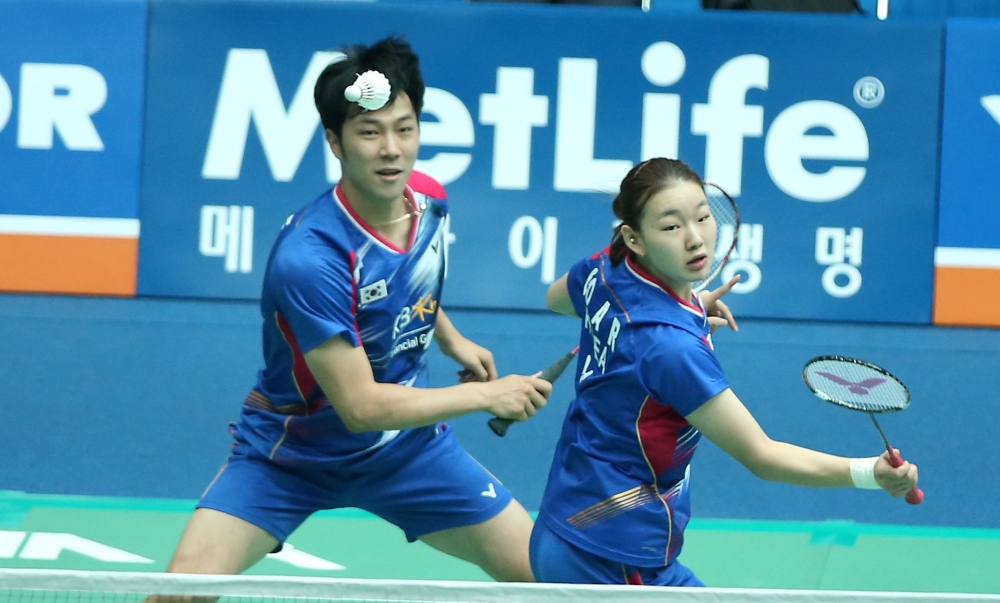 The promise of new beginnings for Korea was the theme running in the background as the 25th edition of the Victor Korea Open started in Seoul today.

With the hosts having modest returns at the Rio Olympics – they could boast of only one medal, a bronze, in Women’s Doubles, and the likely exit of some of their stars in the not-too-distant future – they will see their home World Superseries event as the appropriate crucible for their next line of elite players. They had some positives by close of the opening day, with two qualifiers in Men’s Singles and three first round victories in the Mixed Doubles.

India’s Kashyap Parupalli, despite feeling the effects of a close shave in the first qualifying round, held steady to win his second round in three games.

“It came down to fitness, because the morning’s match was tough. I never used to play Superseries qualifying earlier because I was in the top-20 and top-10 for a long time… I can understand how tough it is.

“Both of us had a tough opening match. I was lucky to qualify after coming back from match point. I remembered my last loss against Srikanth in the Yonex Open Japan; I kept serving low even though he was standing close to the net. Today I flick-served and he smashed out. It’s just a simple change, but you forget these finer points if you haven’t played for a while.” Korea could savour three wins in the Mixed Doubles first round, but they also had a few disappointments. Park Se Woong/Kim So Yeong had two match points against China’s Huang Kaixiang/Yu Xiaohan but could not convert and were listless in the third game; Kim Gi Jung/Shin Seung Chan ran into Hong Kong’s Lee Chun Hei/Chau Hoi Wah; the fast-paced encounter went against the Koreans, 21-17 22-20.

“It was a tough first match,” said Chau Hoi Wah. “But we like to compete. It’s like a new beginning for us, we’ve come to a new start. We’re enjoying the game more. Being at the Olympics meant a lot. I felt a bit of disappointment in terms of results but the whole thing was a great experience. It gave me a good perspective about how to enjoy badminton. I feel a bit more mature. All of us as athletes keep competing but most of us don’t know how to enjoy competing. That’s what gives me a different meaning.” Local favourites Ko Sung Hyun/Kim Ha Na and England’s Chris Adcock/Gabrielle Adcock (2) are seeded to meet in the final, but pairs like Malaysia’s Chan Peng Soon/Goh Liu Ying in the top half and China’s Zheng Siwei/Chen Qingchen and Lu Kai/Huang Yaqiong in the bottom half will be difficult to stop.

Thailand’s Ratchanok Intanon might have another opportunity to avenge her Yonex Open Japan loss to young Chinese He Bingjiao. Japan’s Akane Yamaguchi and Sayaka Sato are the other contenders in the bottom half.

Men’s Doubles has probably the strongest draw of all categories. Top seeds Lee Yong Dae/Yoo Yeon Seong will hope to put aside their Rio disappointment and defend the title; the principal challengers will be Japan’s Takeshi Kamura/Keigo Sonoda or Denmark’s Mads Pieler Kolding/Mads Conrad Petersen in their half – but there are a couple of new Chinese combinations that could twist the plot. World champions Mohammad Ahsan/Hendra Setiawan (Indonesia) are expected to run into Yonex Open Japan champions Li Junhui/Liu Yuchen in the quarter-finals and either China’s Chai Biao/Hong Wei or Malaysia’s Goh V Shem/Tan Wee Kiong in the semi-finals.