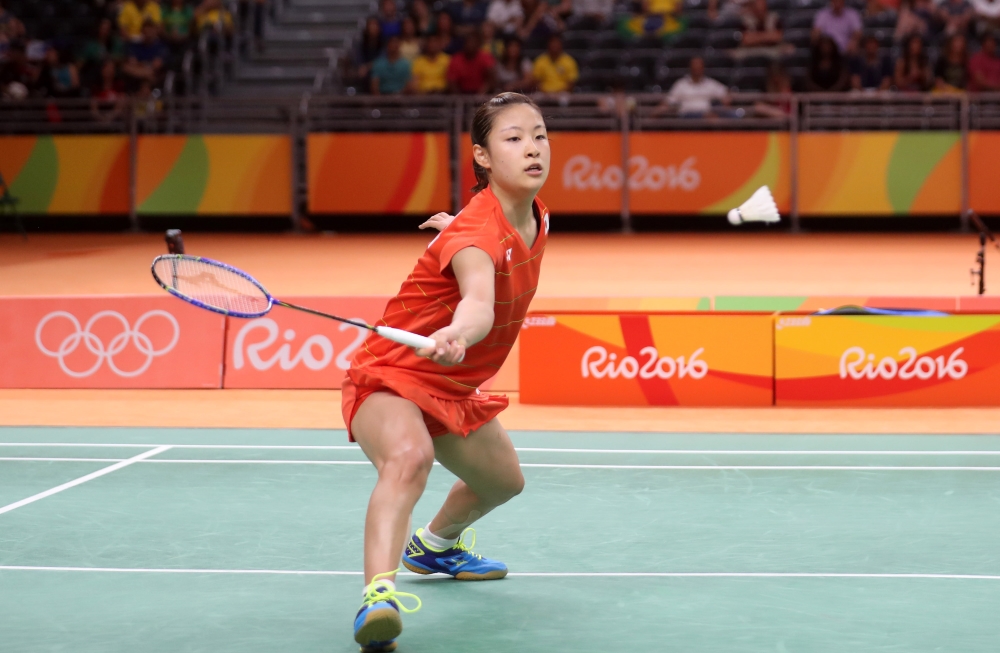 How will the Women’s Singles field respond to the ‘new’ Carolina Marin?

The Spaniard was a revelation in shaking off her unimpressive form this season, delivering a performance as single-minded and intense as her coach Fernando Rivas had indicated when he talked of the ‘new’ Carolina Marin that they had developed for the Rio Olympics. With Marin proving that her coach’s words were no empty boast with the gold medal in Rio, it will be up to the other contenders in the category to find ways to stop her in the remaining six events of the MetLife BWF World Superseries circuit, starting with the Yonex Open Japan later this month, and culminating with the Dubai World Superseries Finals (14 to 18 December 2016).

Marin had had a moderate run in Superseries this season – with two semi-finals and two quarter-finals – before turning her season around sensationally in Rio. With her uncanny ability to come good on big occasions, Marin will look to peak for Dubai – an event she hasn’t won yet.

Meanwhile, none of China’s top three long-serving Women’s Singles players have been entered in the draw at the upcoming Yonex Open Japan and Victor Korea Open – potentially signifying the winds of change in the category.

The absence of Wang Shixian, Wang Yihan and Li Xuerui from the next two World Superseries events might or might not carry long-term significance – after all, most of the Chinese frontline is missing in other categories as well – but their absence appears especially acute in Women’s Singles and will impact their chances of qualifying for Dubai. The three Chinese currently occupy spots 4 to 6 in the Destination Dubai Rankings. All three have been in finals this year, but unable to capture a title: Wang Shixian started well, reaching the title round of the Yonex All England; Wang Yihan fell to Tai Tzu Ying in the BCA Indonesia Open final, while Li Xuerui had her chance in the Yonex Sunrise India Open. It will be interesting to see how the Chinese respond to their rare Women’s Singles title drought in Rio: they do have younger players (Sun Yu and He Bingjiao) at No.11 and No.12 in the Destination Dubai Rankings, but the combative spirit and experience of the two Wangs can hardly be replaced easily. Li suffered a knee injury in Rio and will probably take her time before returning to the cauldron of competitive badminton. Ahead of the three Chinese in the Destination Dubai Rankings are Ratchanok Intanon (Thailand), Tai Tzu Ying (Chinese Taipei) and Saina Nehwal (India).

Intanon had the most spectacular season of all players in her category, winning three straight Superseries in India, Malaysia and Singapore; given the form she displayed, the Thai would no doubt be disappointed by her quarter-final exit in the Rio Olympics.

Tai Tzu Ying too went into the Olympics in fine form, winning the Indonesia Open with a characteristically dazzling display; her form, however, could not match the power and pace of India’s PV Sindhu in the Round of 16 in Rio. Intanon and Tai would therefore look to the next six Superseries to redeem their pride and finish the year on a high, leaving the memories of Rio behind them.

India’s Saina Nehwal prospered mid-season with the Xiamenair Australian Open title. That was perfect preparation for Rio, but the Indian was unlucky to suffer a knee injury during the Games; the rehabilitation is expected to take a few weeks and will cause her ranking to drop. A fully-fit Nehwal will back herself to qualify for Dubai – a city she sees as a second home, thanks to the thousands of Indian fans who have flocked to the venue, Hamdan Sports Complex, on her last two visits.

Japan’s Nozomi Okuhara (featured image) started the year on a perfect note with the Yonex All England title; her next best was a quarter-final in Indonesia. The bronze medal in Rio will be a huge confidence booster for the Japanese as she goes in to her home event which she won last year. Her compatriot Akane Yamaguchi (No.9) struggled for the most part; her high points were a semi-final in Singapore and a quarter-final in Australia. Somewhat similar was the case with Korea’s Sung Ji Hyun (No.10), who had three quarter-finals placings.

A lot of attention will be on India’s PV Sindhu, currently No.13 on the Destination Dubai Rankings. The Indian has had a quiet Superseries season so far – her best being quarter-finals in India and Singapore. The silver in Rio promises to mark a turning point for the aggressive young Indian.