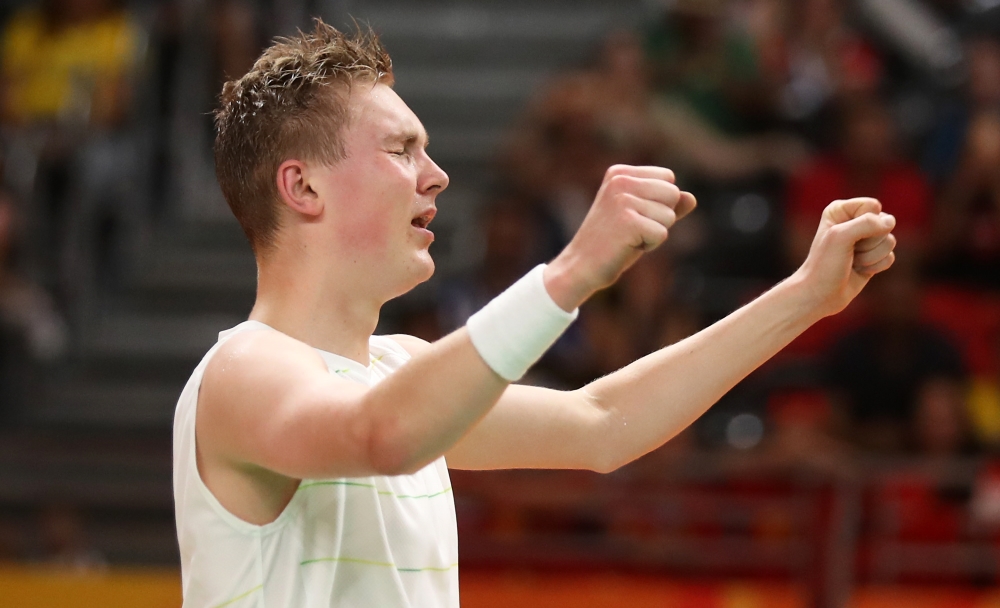 Motivation won’t be in short supply for the top Men’s Singles stars when the MetLife World Superseries circuit resumes later this month.

With the weight of expectations of the Rio Olympics off their shoulders, the competitors can focus on revving up their engines for the six World Superseries events coming up. Superseries in Japan, Korea, Denmark, France, China and Hong Kong remain; the top eight finishers in the Destination Dubai Rankings will be rewarded with a place in the Dubai World Superseries Finals in December – but each of the eight available places will be heavily contested.

Man of the moment Chen Long, who added the Olympic crown to his two World titles, is on the borderline of qualification on the Destination Dubai Rankings, at No.8. Chen hasn’t had a bright Superseries season by his high standards – his best was a runner-up spot in Malaysia – but the high of the Olympic gold will probably give him enough confidence to surge back.

Another player who will likely benefit from his Rio performance is Viktor Axelsen (featured image), who is in 6th place. The Dane’s bronze medal-winning performance – he beat two-time Olympic champion Lin Dan in the play-off – could possibly be the ingredient that spurs him to his first Superseries title. As in the previous season, Axelsen made the title round in India but was unable to vault past the final hurdle. The Dane will have fond memories of Dubai – he made the final last year after beating Chen – and will need no more inspiration than the thought of going one better this time. Two other Danes figure in the top-8: Hans-Kristian Vittinghus and Jan O Jorgensen. Vittinghus, in third spot, was the surprise package this year, capturing the Xiamenair Australian Open less than a month after helping his country win the TOTAL BWF Thomas Cup title for the first time. A semi-final (at the Yonex All England) and quarter-final (at the Yonex-Sunrise India Open) underlined the impressive strides he’s made after a mostly disappointing 2015. Jorgensen, in fourth, had an up-and-down season, with the highlights being a runner-up spot in Malaysia and last-four finish in Malaysia, apart from, of course, the famous Thomas Cup team triumph.

The leader in the Destination Dubai Rankings is China’s Tian Houwei. The All England runner-up and BCA Indonesia Open semi-finalist has 33,960 points, over 2,000 points clear of No.2 Lin Dan.

Lin had a great start to the season, capturing the All England for the sixth time. A semi-final in Singapore was his next-best performance, but his results were good enough to see him at No.2 midway through the season. Having missed the last two events in Dubai, Lin would want to ensure he makes it to the desert city this time.

Another top star who’s missed qualifying to the Dubai year-ender is Lee Chong Wei. The Malaysian has had a phenomenal season, with title victories in Malaysia and Indonesia. Despite playing in only four of the six events, Lee is at No.5, and should be able to book his Dubai tickets. Lee’s defeat of long-time nemesis Lin Dan in Rio will probably give him plenty of confidence ahead of the remaining Superseries, even if the final defeat to Chen dampened what would have been a fairytale Olympic campaign for the Malaysian.

Son Wan Ho, the only player to take a game off Chen Long during the latter’s victorious campaign at the Rio Olympics, is the only Korean in the top-8, and indeed, in the top-25 of the Destination Dubai Rankings. Son had two bright spots – finishing runner-up in Singapore and making the semi-finals in India. A clutch of hungry, young players are just outside the top-8 and will look to vault past the leaders. Hong Kong’s Ng Ka Long (9), Indonesia’s Jonatan Christie (12) and India’s Kidambi Srikanth (18) are foremost among these, along with veterans like Hu Yun (Hong Kong, 10), Germany’s Marc Zwiebler (13) and Indonesia’s Sony Dwi Kuncoro (14).

Chinese Taipei’s Chou Tien Chen (19), who surprisingly has had a poor Superseries season, will look to redeem himself in the next six events. Having won his home Yonex Open Chinese Taipei in emphatic fashion, Chou might be among those to watch out for as the season unfolds.