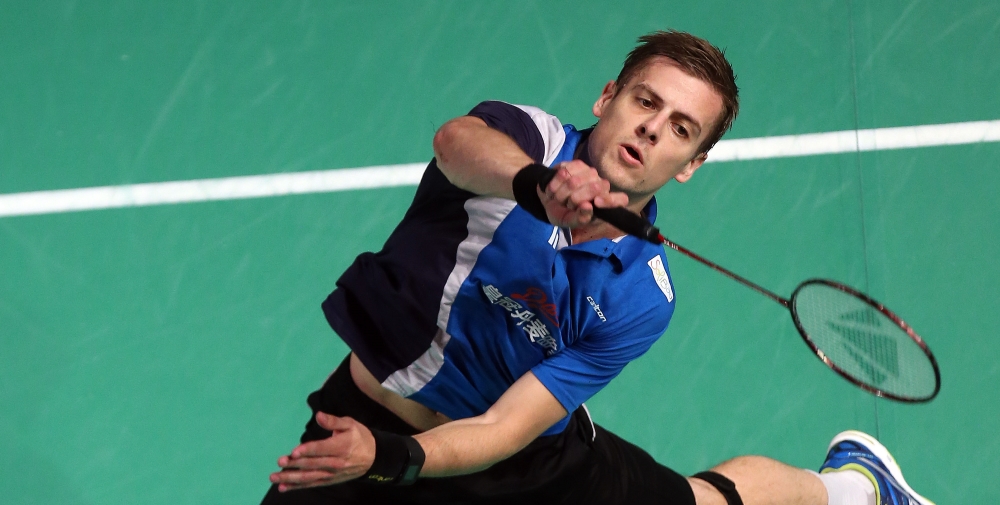 The first six events of the MetLife BWF World Superseries season had a powerful message for those who believe that sport is driven only by young blood.

Five of the six World Superseries titles were won by players in their 30s, proving that, while badminton remains a physically demanding sport, it is also one that rewards craft, control, presence of mind and other qualities that come with experience.

A 32-year-old won the year’s first Superseries – the Yonex All England. China’s Lin Dan started the season on a high note with his sixth All England title, beating Tian Houwei in the final. Lin subsequently had an up-and-down season, but held on to second spot in the Destination Dubai Rankings.

Fellow-veteran Lee Chong Wei showed no signs of slowing down in his 33rd year, following up on his hat-trick of Superseries titles in late 2014 with a win on home turf in Malaysia – incredibly, his 11th Malaysia Open title.

Perhaps the biggest surprise in Men’s Singles came at the OUE Singapore Open, where 31-year-old Indonesian Sony Dwi Kuncoro, who has only rarely been seen at Superseries events in recent times due to injury troubles, shocked Lin in the semi-finals and Korea’s Son Wan Ho in the final. Indeed, the only player below 30 to win a Superseries was Japan’s Kento Momota, who held off fellow-youngster Viktor Axelsen (Denmark) for the Yonex-Sunrise India Open.

The early part of the season was also an indicator of how dramatically fortunes can shift. Exactly a year ago, Chen Long was the king of all he surveyed in Men’s Singles. Coming off a title win in the inaugural tournament in Dubai – the Dubai World Superseries Finals in late 2014 – Chen would go on to conquer Superseries titles in England, Malaysia and Australia, which would set him on the road for his second BWF World Championships crown.

In sharp contrast, the 2016 Superseries season saw a change in the script. Of the six tournaments so far, Chen has been able to make only one final – the Celcom Axiata Malaysia Open, that he lost in straight games to home favourite Lee Chong Wei.

Consequently, the two-time World champion occupies 8th spot in the Destination Dubai Rankings, a rather steep fall from 2015, when he led the rankings for most of the year. A turnaround in form and fortune, though, might not be distant for a player of Chen’s class.

The top spot in the Destination Dubai Rankings is occupied by another Chinese, Tian Houwei. The 24-year-old has been consistent, having reached the Yonex All England final, semi-finals at the BCA Indonesia Open and quarter-finals at the Celcom Axiata Malaysia Open and OUE Singapore Open.

Lee’s twin triumphs helped him to No.5, while Vittinghus climbed up five spots to No.3. Fellow-Dane Jan O Jorgensen, who nearly got the better of Lee in the Indonesia Open final, claimed the No.4 spot; another Dane, Viktor Axelsen, is at No.6. He is followed by Son Wan Ho (Korea), Chen Long and Hong Kong’s Ng Ka Long and Hu Yun. The Dubai World Superseries Finals is at the end of an eventful year; given the prestige of the tournament and the prize money at stake, the leaders will be hoping to consolidate their positions, while those outside the top eight will look to the remaining six events to catch up. Both the city and the event have made a big impression on players who have participated in the two previous editions.

“Since making the Men’s Singles final in Dubai in 2014, it has been a big goal of mine to qualify for Dubai again,” says Hans-Kristian Vittinghus. “I really want to go back to Dubai. The tournament is fantastic and I definitely want to experience that again. I have big competition from Viktor (Axelsen) and Jan (Jorgensen) but I believe in myself and I think if I continue playing well and take my chances, I can do it. This victory (in Australia) is a big help and I hope to do well in the second half of the Superseries season also.”