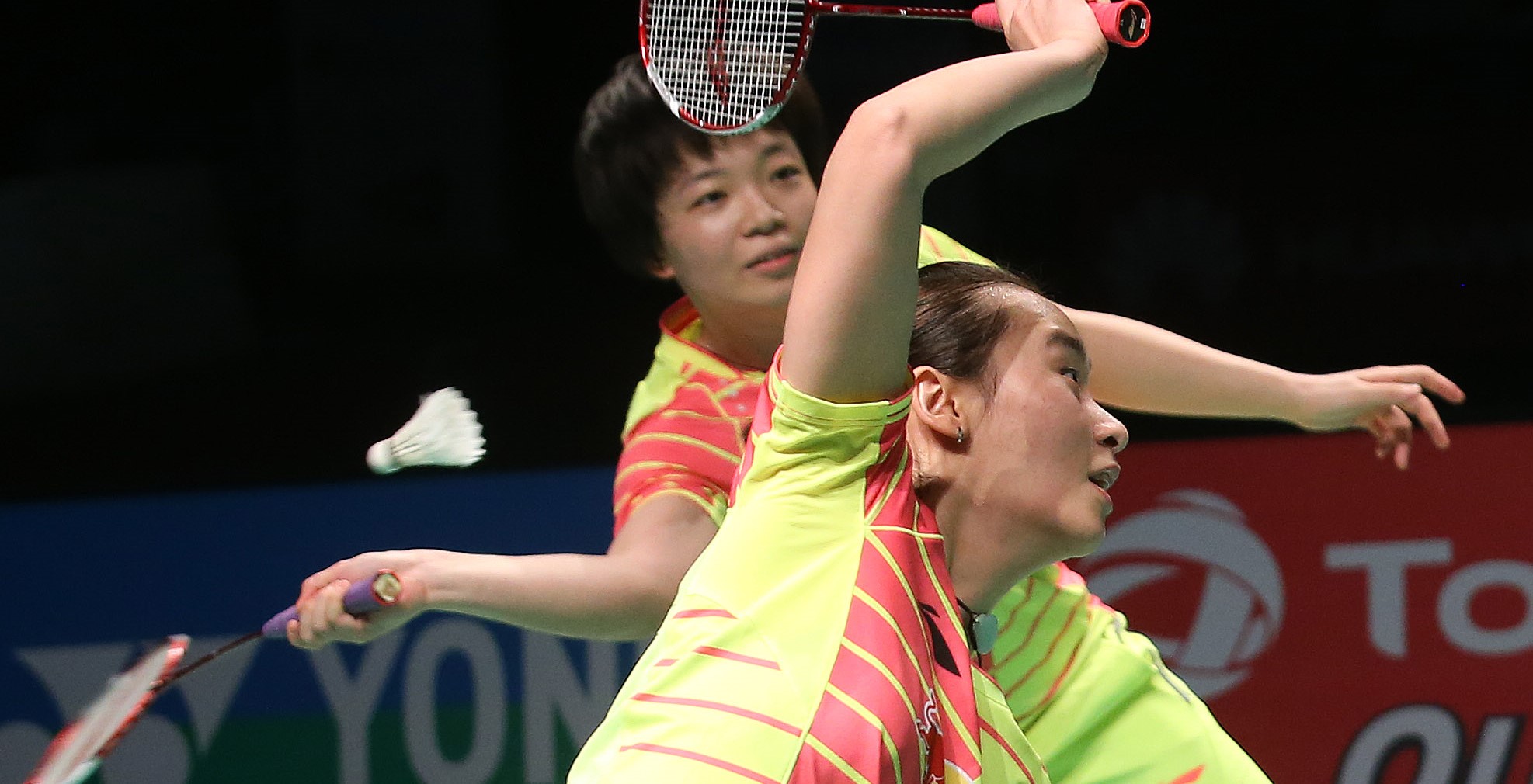 Withstanding two game points to claim the advantage as they switched sides, the Chinese increasingly assumed the ascendancy to pull clear of No.2

The Indonesians, who led 20-18 in the first game, rued their inability to seize the upper-hand as the on-rushing Polii netted an easy smash before Bao levelled scores 20-20 with a good attack at net. The honours were soon sealed in China’s favour as Chen, who has transitioned well from the junior ranks, served superbly in the tense moments.

In the second game, Bao and Chen raised the tempo and exerted further pressure as their speed, angles and precision in finding open spaces to score easy points suppressed the challenge from across the net.

“I have not played women’s Doubles recently so it’s great to win. Maybe the coach will let us play together again,” said Bao who previously had Women’s Doubles success with Tang Yuanting and Tang Jinhua. Chen, enjoying her first triumph on the MetLife BWF World Superseries tour, was also thrilled to clinch her first Women’s Doubles title since graduating from junior level. However, she could not make it golden double as she and Zheng Siwei were later defeated in the Mixed Doubles showdown by their compatriots, Lu Kai and Huang Yaqiong. The latter collected their second World Superseries title this year, having won in India.

“After we won India Open we were eager to win again and we are looking forward to the rest of the season,” said Huang in the aftermath of their 21-18 21-14 success.

Referring to the Dubai World Superseries Finals at year-end, to which the top eight singles players and doubles pairs are invited, Lu said he and Huang are keen to qualify for the showpiece event.

“We really want to go there. We’ve never been and everyone says it’s great,” he noted. Another pair in prime position for Dubai after today are Indonesia’s Marcus Fernaldi Gideon and Kevin Sanjaya Sukamuljo who again outgunned their team-mates, Angga Pratama and Ricky Karanda Suwardi, for the Men’s Doubles championship.

The same pairs contested the YONEX-SUNRISE India Open final in March, with Gideon and Sukamuljo winning their first World Superseries title. The No.7 seeds have now added the Australian crown to their trophy case – prevailing 21-14 21-15.

“We are more confident now because we have proven we can win in the Superseries. Our opponents seemed nervous today and we took our chances. We hope we can maintain playing at such a high level so we can qualify for the Dubai World Superseries Finals,” said Gideon; his partner nodding in agreement.