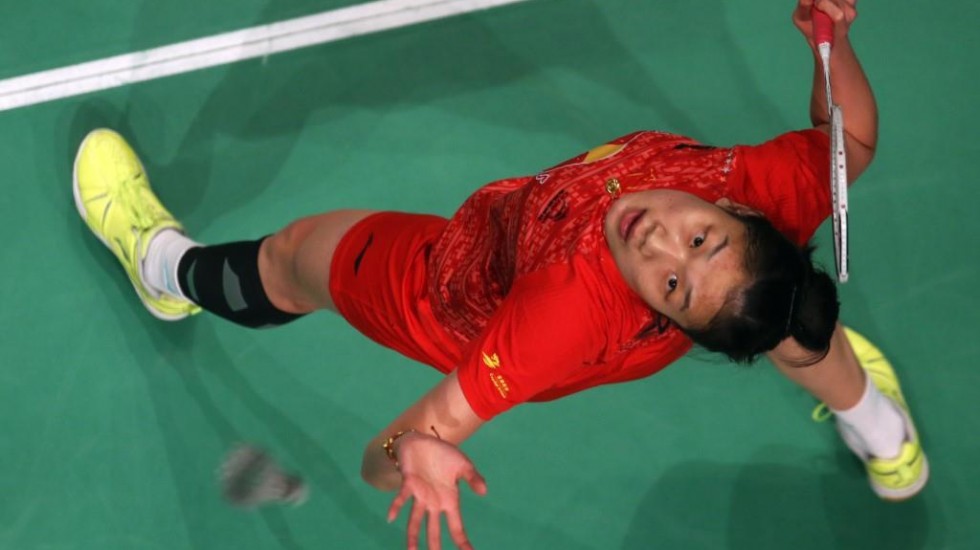 Shrugging off poor head-to-head records, Saina Nehwal and Sun Yu ousted rivals who have usually given them immense trouble en route to the Women’s Singles final in Sydney today.

First, Sun imposed her six-foot presence on court to defeat Olympic champion, Li Xuerui, in straight games – 21-18 21-19 – as the XIAMENAIR 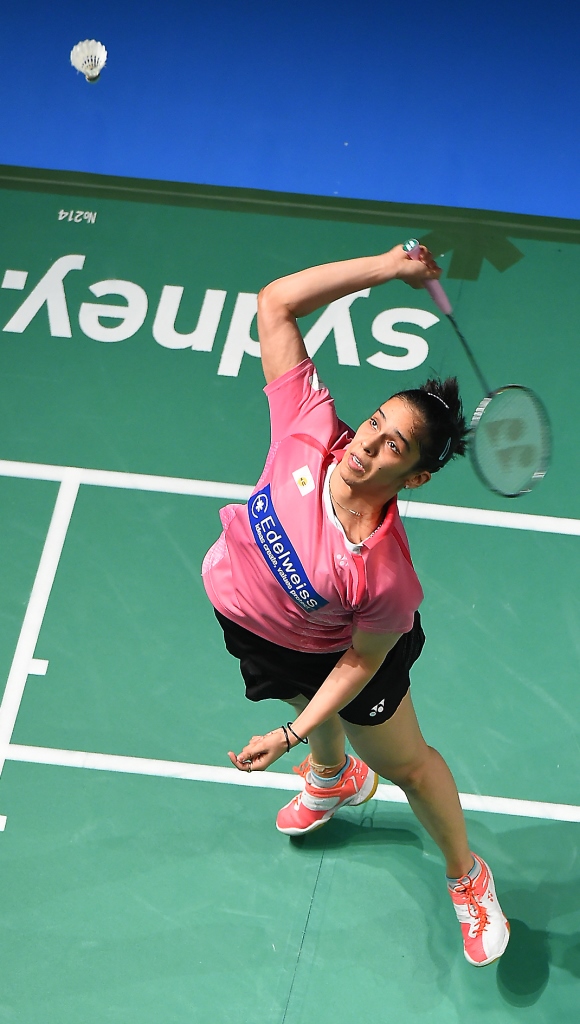 It was only the Chinese winner’s second victory in nine outings versus her senior compatriot as she advanced to her second final of this season’s MetLife BWF World Superseries tour.

Next up, Nehwal overcame an even stiffer challenge in the form of the rejuvenated Wang Yihan against whom the Indian had previously won a mere four of 15 matches.

Spectators could have been forgiven for asking “Who is this – and where is Saina?” as the sometimes tentative and erratic player produced a clinical performance, characterised by controlled, assured shot selection and lethal smashing from mid and back court. The broad smile and fist pump which punctuated her 21-8 21-12 demolition in 31 minutes summed up the 26-year-old’s satisfaction.

“I am very happy. I have been wanting a result like this. I have been getting to quarter-finals and semi-finals but not to the final. It has been very frustrating – sometimes having a mental block; not performing how I wanted to against the top players,” said Nehwal, the champion at this tournament two years ago.

“Today I wanted to pick up those sharp shots that she hits and I did that well. Again, I was moving well but I really didn’t expect today to be this good. Even I am surprised.”

Laughing when asked about the torrent of powerful smashes she unloaded on Wang, again a big grin flashed across her face.

“Everybody is asking me…I didn’t expect to be smashing like that. I don’t know, it just happened. Everything was working well today.”

If records mean anything then Nehwal will be heartened she carries a 5-1 advantage into the final against Sun. However, her opponent is also in good touch and, having fought back from 13-18 down in the second game against Li, 22-year-old Sun (featured image) fancies her chances.

“I hope I can win for China. I have overcome the disappointment of losing in Singapore and I’m in better spirits. I had a tough match today but I will be ready for tomorrow,” said Sun.

Despite a significant gap in experience, the Men’s Singles showdown will be unchartered territory for both Denmark’s Hans-Kristian Vittinghus and young Jeon Hyeok Jin of Korea. It will be the first World Superseries final for both, though veteran Vittinghus was runner-up in the season-ending Dubai World Superseries Finals in 2014. Having navigated his nation to Thomas Cup history, he will be in search of personal glory tomorrow after avenging last season’s loss at this event to Kidambi Srikanth of India. Another steady display saw the 30-year-old through 22-20 21-13. 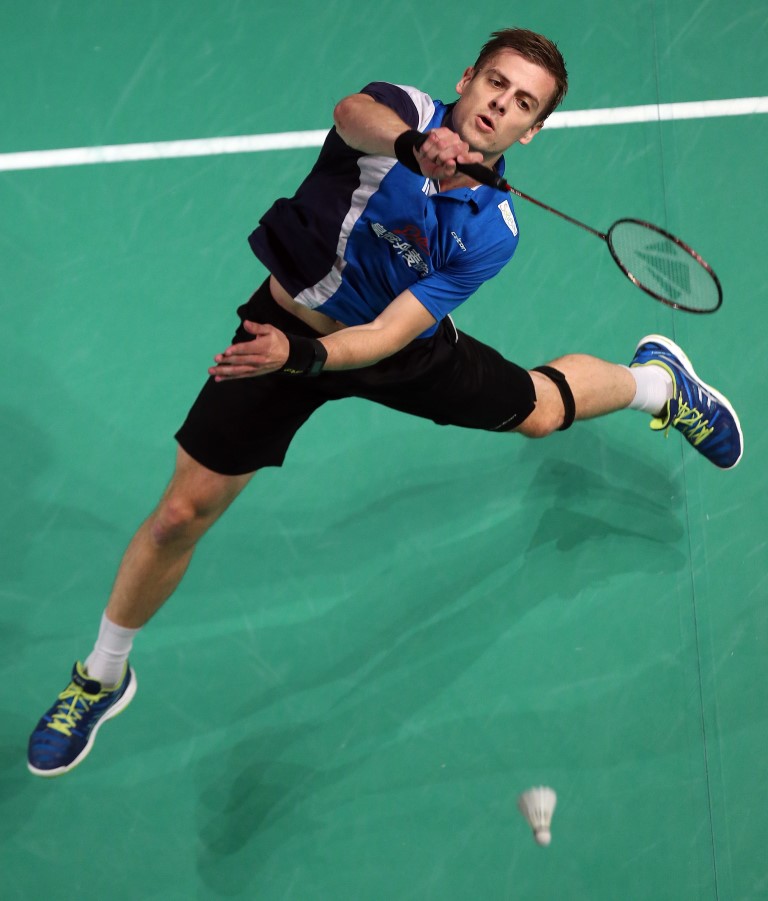 “The draw opened up for me but I’ve still had to beat some really good players here,” said Vittinghus.

“The final will be a new situation for both of us but I have more experience. I have matured and can deal with nerves better now. It’s been a good week and I hope I can play well again tomorrow.”

Jeon squeezed past another upcoming player, Anthony Ginting, in a gripping 79-minute tussle. The Indonesia recovered from 11-17 down to 19-19 in the decider, only to be undone by a quick attack by Jeon and then a wide, impatient smash to gift match point to the Korean: 21-19 16-21 21-19.

“Anthony was more nervous than me at the start. My coach told me I had nothing to lose so I was relaxed. Anthony played well and I had to run a lot,” said Jeon, looking forward to his first World Superseries final.

Meanwhile, China and Indonesia are already celebrating Mixed Doubles and Men’s Doubles honours respectively given same-country finals in those events. Men’s Doubles will be an encore of this year’s YONEX-SUNRISE India Open final in which Marcus Fernaldi Gideon and Kevin Sanjaya Sukamuljo defeated their compatriots, Angga Pratama and Ricky Karanda Suwardi. The Mixed all-China clash features Lu Kai/Huang Yaqiong against the fast-rising Zheng Siwei and Chen Qingchen in their first top-flight season.

Five-time World Junior champion, Chen, also has a shot at lifting the Women’s Doubles crown with partner, Bao Yixin. They rebounded to beat Japan’s Naoko Fukuman and Kurumi Yonao (15-21 21-18 21-16) and will face No.2 seeds, Nitya Krishinda Maheswari/Greysia Polii of Indonesia for the title. The latter withstood a stern test to claim their second success versus China’s Tang Yuanting/Yu Yang (21-18 21-17). 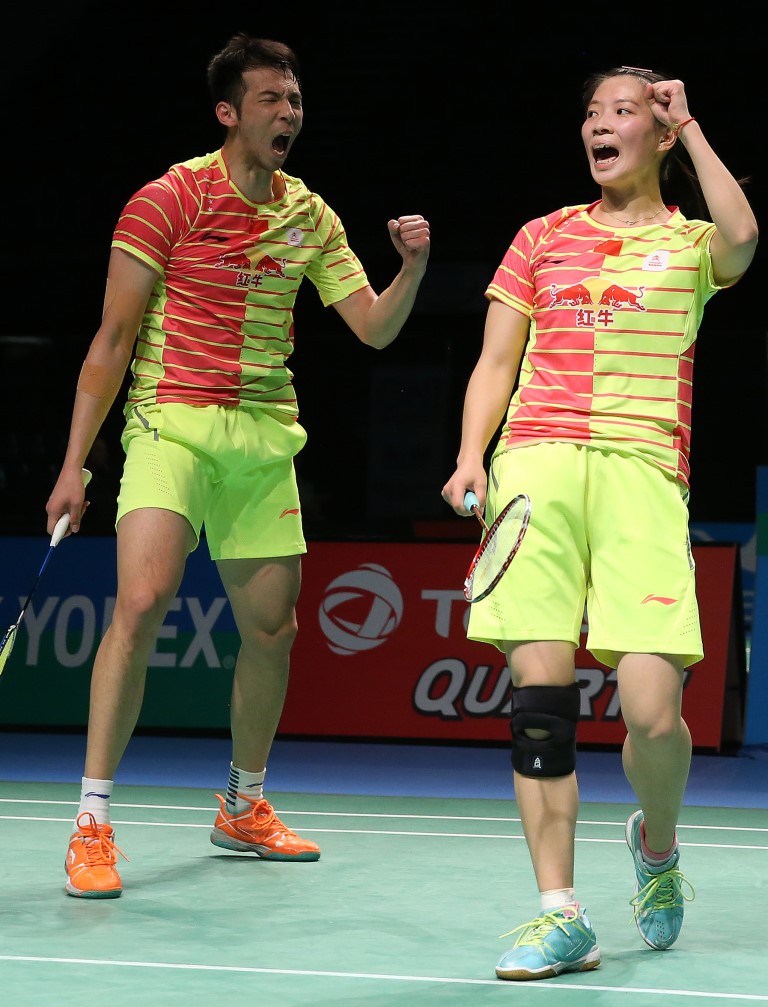