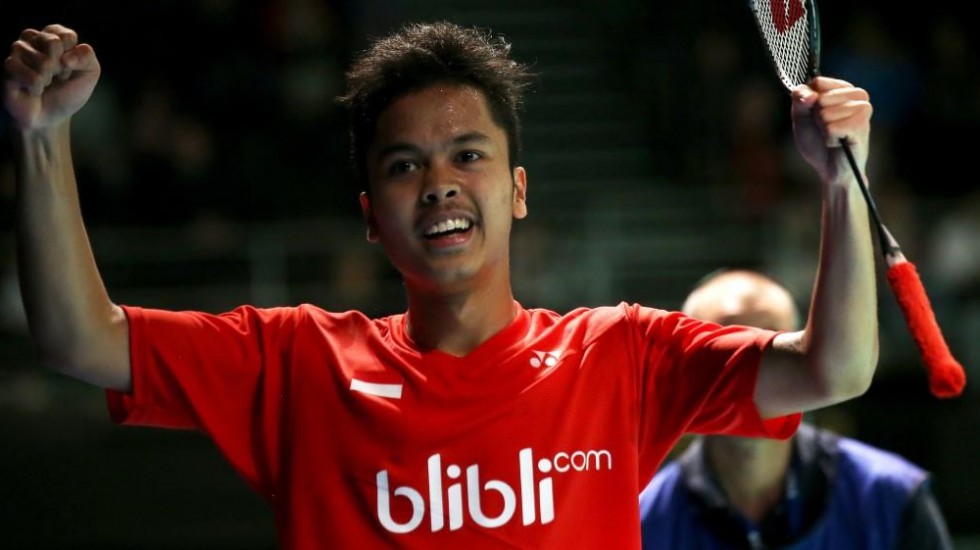 A fearless performance by Anthony Ginting dethroned Chen Long as Men’s Singles champion Down Under today, condemning the ace athlete to almost a year without a victory on the MetLife BWF World Superseries tour.

One of Indonesia’s fresh faces in the big leagues, the 19-year-old torpedoed the Chinese superstar’s title defence as he romped into the XIAMENAIR

Australian Badminton Open 2016 semi-finals at the Sports Centre in Sydney.

Having never faced the towering two-time World champion, the compact Ginting (featured image) started cautiously to avoid another error-strewn outing like yesterday. As he got the measure of Chen Long though a range of clinical strokes sizzled from his racket and he prevailed confidently 21-14 21-17 in 44 minutes. While Chen did not play badly, he looked short of his best form and, though taking nothing from his opponent, admitted he has not regained full fitness after his recent injury.

“The match was very fast and he was moving quicker than me. He didn’t have any pressure on him and he was able to play freely. He played quite well,” conceded Chen Long, not bothered by the fact that he has not won a World Superseries title since the YONEX Denmark Open in October and will now have to wait until September to try again. 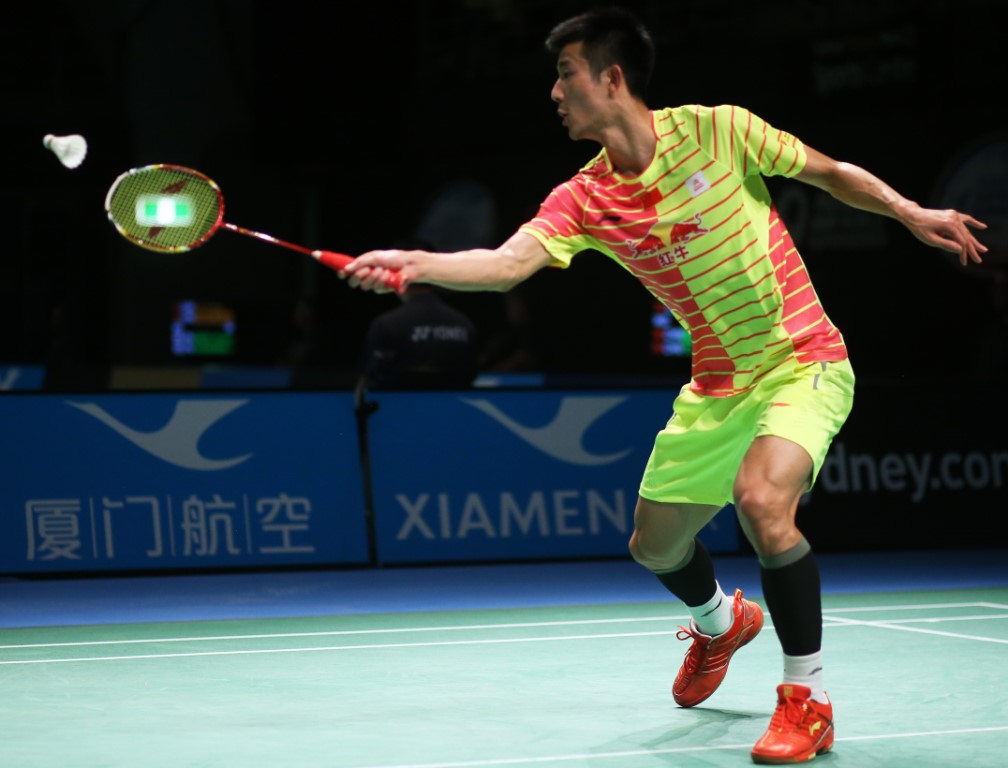 Meanwhile, an ear-to-ear grin lit up Ginting’s cheeks as he revelled in the aftermath of “my best match in the Superseries so far”.

“I really enjoyed this match. I had nothing to lose and I played much better than yesterday and I made fewer mistakes. I played very attacking because he is tall and can stretch far. I am very happy,” said the winner whose smashing increasingly caught Chen off-guard as the match progressed.

Now into his second World Superseries semi-final, the young gun has elevated his aspirations in the top flight and will be seeking to go a step further when he battles Korea’s Jeon Hyeok Jin tomorrow; a player he has already defeated. “Why not?” he declared laughing as he contemplated competing in Sunday’s showpiece final.

The other Men’s Singles semi-final will be a rematch between Denmark’s Thomas Cup hero, Hans-Kristian Vittinghus, and Kidambi Srikanth. The Indian withstood four match points to beat Vittinghus in the same tournament last season and the Dane is out for revenge after dismissing Japan’s Sho Sasaki, 21-14 21-18. Srikanth got past another emerging Korean, Heo Kwang Hee (21-18 21-17).

“Today was a very controlled, professional performance. I stayed calm despite a crisis in the second game. The Thomas Cup victory has given me a lot of confidence and I hope to continue playing well here,” said Vittinghus, having rebounded from 4-10 down in the second game.

Women’s Singles also saw the surprise loss of 2016 trailblazer, Ratchanok Intanon, who succumbed to a tremendous effort from Srikanth’s compatriot, Saina Nehwal. The latter has not beaten the 2013 World champion in a while but produced a relentless attacking display to stop the Thai star who has already won three World Superseries crowns this season.

The opening game was critical with neither player able to wrest control. The constant exchange of points, amid tight net forays and long rallies, kept fans riveted to the quarter-final. Nehwal was the first to game point but failed to convert six of them. She then saved one from Intanon before grabbing the lead on her seventh attempt. The 28-26 score told the tale of a tough battle but, if spectators were expecting the same war of attrition in the second game, it was not to be. 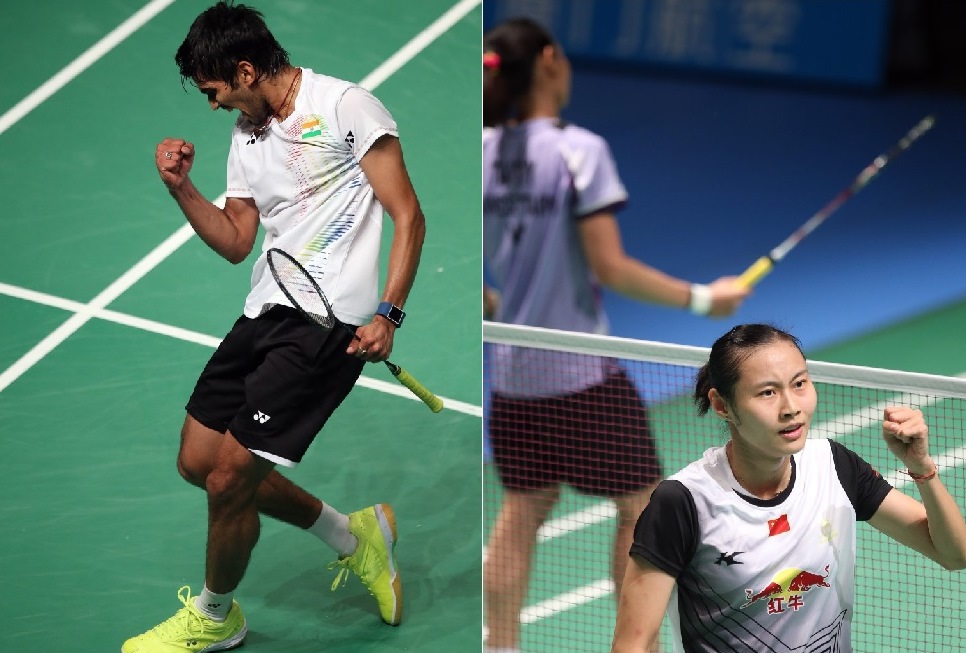 Buoyed by her success, the Indian roared ahead 11-7 and then 17-8 as the challenge from across the net wilted. She duly arrived at 20-13 with the luxury of match points to spare. Intanon fought off three before surrendering – 28-26 21-16.

“I am surprised to win though I was feeling good and moving well. This was a dangerous match and I had to work hard. That first game was the key. If she had won it, it would have been mentally challenging to fight back. It’s a good result for me and I hope I can play like this again tomorrow,” said a jubilant Nehwal. 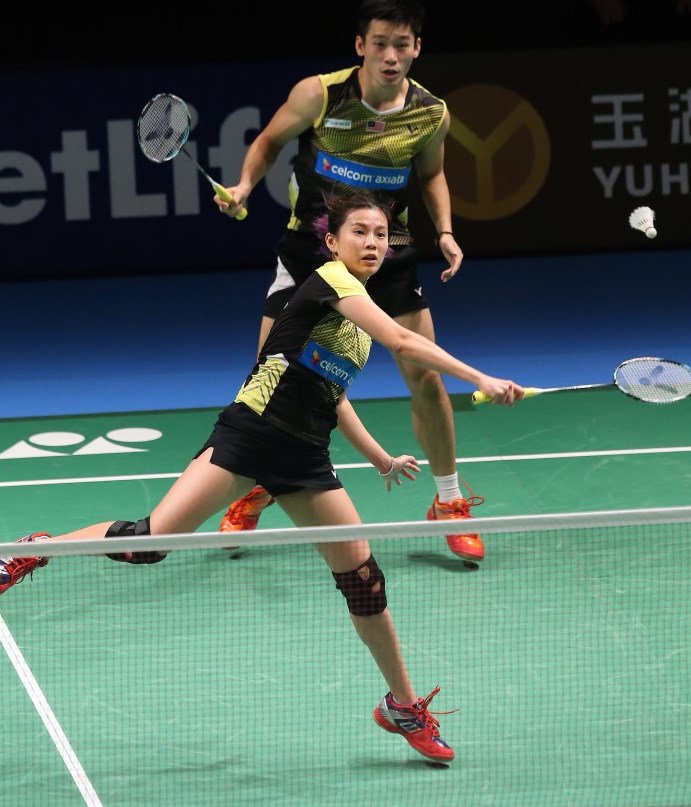 For her troubles, the 26-year-old gets a crack at Wang Yihan who savoured sweet revenge over Tai Tzu Ying to whom she lost the BCA Indonesia Open final last Sunday. The Chinese No.4 seed cast aside the crafty Chinese Taipei player, 21-19 21-15, to continue her good form. The other semi-final features Wang’s team-mates, Li Xuerui and Sun Yu. The latter did the business against Japan’s Akane Yamaguchi while Olympic champion, Li, got the better of another Chinese, Wang Shixian.

It was a great day ‘at the office’ for Indonesia as that country won all six matches which its players contested. In Men’s Doubles, it boasts three of the four semi-finalists, including No.7 seeds, Gideon Marcus Fernaldi/Kevin Sanjaya Sukamuljo who beat No.2 seeds – Fu Haifeng/Zhang Nan of China (21-13 21-18). The winners face Liu Cheng/Zheng Siwei of China. The latter conquered Japan’s No.4 seeds, Hiroyuki Endo/Kenichi Hayakawa, 21-6 21-17. 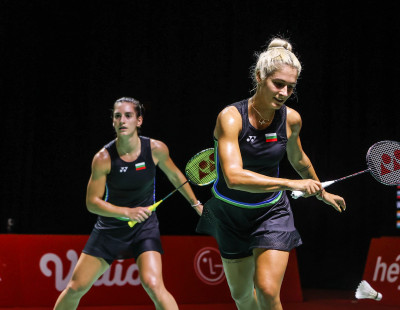 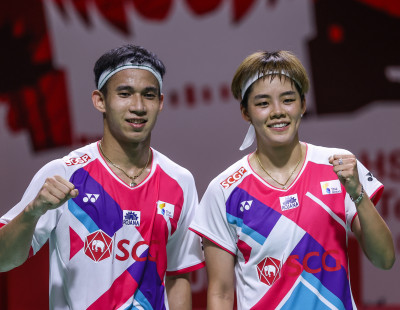 Thai's on Target for Another Triple Treat 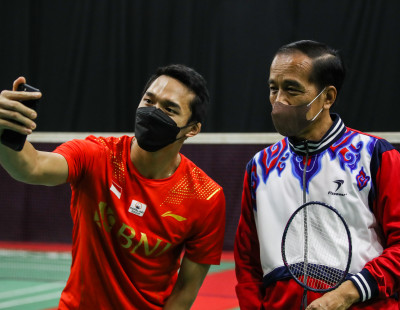