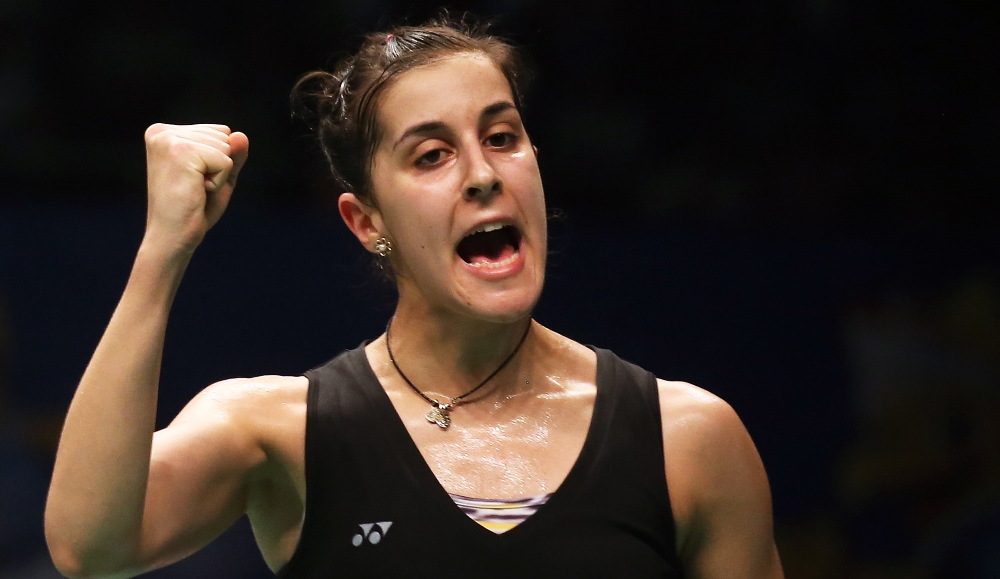 Eefje Muskens/Selena Piek and Vivian Hoo/Woon Khe Wei both defeated Indonesian pairs to book their spots for Saturday’s semi-finals. Staring at near-certain defeat, Dutch duo Muskens and Piek staged a recovery from four match points down in the second game against Rizki Amelia Pradipta/Tiara Rosalia Nuraidah, and kept their nerve once again in a climactic third game before finishing winners at 10-21 24-22 25-23 in 76 minutes. “It’s our first Superseries semi-finals and it’s just great. How great that we do this in Indonesia, with all these fans – badminton is so big here. We don’t have it like this in Europe. “We’ve been training only for two weeks, before that we had two weeks of holidays, maybe that’s the key to our performance,” added Muskens.

Indonesia had further heart-break in Men’s Singles when Jan O Jorgensen dug deep to prevent Jonatan Christie from riding roughshod over him, turning around a perilous situation to stay in contention of the title. For a game and a half, the Dane was under fire from the high-flying Christie, who played at tremendous pace and had Jorgensen withering under the assault. With the Indonesian firing winner after winner and threatening to blast the Dane’s challenge in straight games, Jorgensen tried to fire himself up – and although it alienated the crowd, it worked.

Jorgensen was able to lift himself from a deep hole at 13-17, punching the air after every point and catching Christie at 18. From then the momentum turned the Dane’s way, with the drained Christie unable to stay close in the third: 14-21 21-19 21-14.

“It was a tough game. I almost lost it and I just didn’t feel that well in the beginning, I tried to get my body moving,” said Jorgensen. “I tried to feel something and got it going with some extra emotion and some will in the second set. I really fought hard and won the second out of nothing and got a lead in the third and he wasn’t able to catch up.

“I didn’t meant to be provocative at all. I just tried to find something to get going. I tried to get some will and some anger going and get myself pumped up. I saw a tennis match yesterday, Andy Murray was playing, and he was screaming all around the court, and suddenly he played so well. Not saying I’m inspired by him, but sometimes that’s what you need. Jonatan could’ve used some of that in the third game. It worked for me, I won.”

Christie almost emulated his compatriot Ihsan Maulana Mustofa, whose aggressive game paid off against England’s Rajiv Ouseph: 17-21 21-12 21-12. The young Indonesian faces Malaysia’s Lee Chong Wei, who spent less time on court than he would have anticipated as China’s Wang Zhengming retired in the second game. In Mixed Doubles, top seeds Zhang Nan/Zhao Yunlei (China) ran into an inspired challenge from young Indonesians Alfian Eko Prasetya/Annisa Saufika, who stormed past them in the second game.

The experienced Chinese, however, regained the initiative in the decider, booking their place in the semi-finals: 21-11 10-21 21-14. Up next will be Korea’s Ko Sung Hyun/Kim Ha Na, who triumphed 21-17 22-20 over China’s Liu Cheng/Bao Yixin. The other semi-final features an all-China contest between Xu Chen/Ma Jin and Lu Kai/Huang Yaqiong. Wang Yihan had to dig herself out of trouble against Korea’s Sung Ji Hyun – coming back from 12-18 down in the third; Wang Shixian had relatively less trouble against compatriot Sun Yu, winning their contest 18-21 21-19 21-16.

“I just feel confident playing Saina, I know how to play her, and how to counter the drift, and that’s the most important thing here,” said Marin, who is ranked 7 in the Destination Dubai Rankings.

Denmark’s Mads Conrad-Petersen/Mads Pieler Kolding booked a semi-final against China’s Chai Biao/Hong Wei in Men’s Doubles. The Danes routed Japan’s Takeshi Kamura/Keigo Sonoda 21-13 21-12; Chai/Hong took two minutes less in beating Malaysia’s Goh V Shem/Tan Wee Kiong 21-18 21-17. It turned out to be a great day for Denmark in the category, with Kim Astrup/Anders Skaarup Rasmussen turning around a deficit in the second game to get past China’s Lu Kai/Zheng Siwei 21-16 21-19.