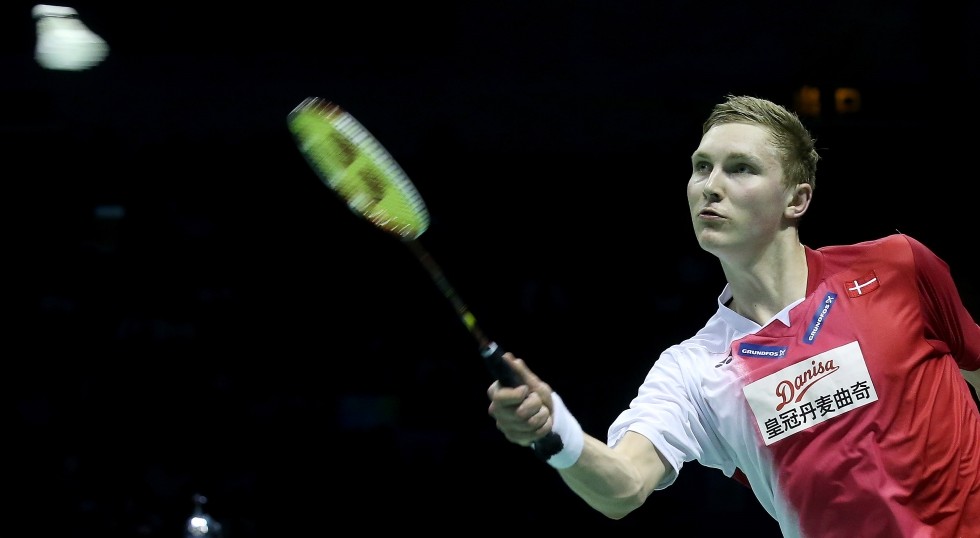 The cheers for Denmark’s Thomas Cup victory haven’t yet subsided, but Viktor Axelsen is already steeling himself for another big test – the BCA Indonesia Open that begins tomorrow.

The Dane, who starred in his country’s maiden Thomas Cup-winning effort that culminated last Sunday, had yet to shake off the toll of the effort and subsequent trans-continental travel as he seeks his first Indonesia Open title.

“I went back to Denmark after we won the Thomas Cup,” said Axelsen. “I’ve been sick for a few days. It’s better now… I haven’t seen the draw. I know I’m supposed to play a qualifier. I hope to do better than in the past. The fans here are energetic and passionate about badminton. I hope I can keep my seeding and make the semi-finals.”

Following the various continental championships and the TOTAL BWF Thomas & Uber Cup Finals in April and May, the MetLife BWF World Superseries season will be reignited in Jakarta this week. While the focus of the players will be set on the task at hand, the points accumulated at the Superseries will count towards an event that has quickly established itself among the elite ones on the circuit – the Dubai World Superseries Finals in December.

Points gained in Indonesia will also count towards the seeding of competitors at the Rio Olympics. This year, consequently, there’s a lot at stake, conceded second seed Lee Chong Wei, who will be in the hunt for his sixth title: “I had only one week to prepare, but this competition is important for us as it will count in the seeding for Rio. I hope I can win it again. This might be my last Indonesia Open.” Thailand’s Ratchanok Intanon, thanks to her hat-trick of Superseries titles, has a huge lead over the rest of the field in the Destination Dubai Rankings. The Thai has accumulated 35,450 points, over 11,000 above her nearest rival, Chinese Taipei’s Tai Tzu Ying. Celcom Axiata Malaysia Open winners Kim Gi Jung/Kim Sa Rang (Korea) lead the standings in Men’s Doubles. Not far behind are China’s Chai Biao/Hong Wei. The Chinese pair, not seen in action during their country’s Thomas Cup campaign, will be back in action at the Indonesia Open. Olympic and World champions Tian Qing/Zhao Yunlei, rather surprisingly, haven’t yet won a tournament this season. The Chinese haven’t struck peak form in recent months, and find themselves in eighth spot in the Destination Dubai Rankings.

The list is led by Japan’s Misaki Matsutomo/Ayaka Takahashi, winners at the Yonex All England and the India Open.