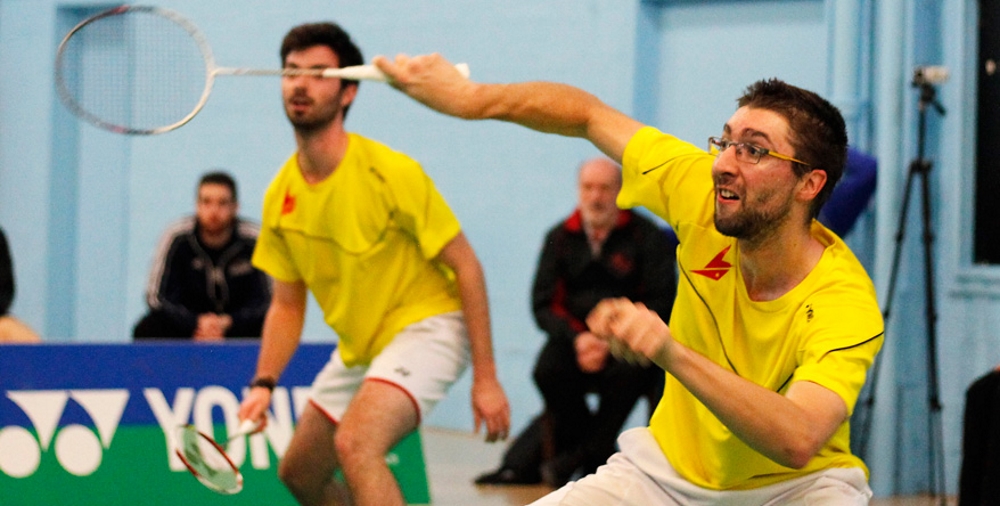 With Brazil leading 2-1, and with their Men’s Doubles pair Hugo Arthuso/Daniel Paiola the overwhelming favourites against Phil Gaumond/Maxime Marin, the Brazilians would have assumed the title wasn’t far from their grasp. But Gaumond and Marin (featured image) made light of the massive difference in the rankings, as the World No.413 pair kept their heads in a riveting battle against No.72 Arthuso and Paiola to prevail 24-22 15-21 27-25.

That set the stage for the deciding fifth match, the Mixed Doubles clash between Canada’s Nyl Yakura/Brittney Tam and Alex Tjong/Luana Vicente. Earlier, Canada had taken the lead through Brittney Tam in Women’s Singles, after she won a close battle against Lohaynny Vicente 21-13 14-21 21-19.

Ygor Coelho de Oliveira came to Brazil’s rescue in Men’s Singles, maintaining his unbeaten record in the tournament with a 18-21 21-15 21-11 win over Jason Ho-Shue.

Brazil grabbed the lead in Women’s Doubles through the Vicente sisters Lohaynny and Luana, as they decimated Stephanie Pakenham/Josephine Wu 21-17 21-12.

It was easy sailing for Peru from then on. Daniela Macias Brandes jogged past Katherin Wynter 21-5 21-13 in Women’s Singles, before Mini Cuadros wrapped it up 21-19 21-13 over Dennis Coke.