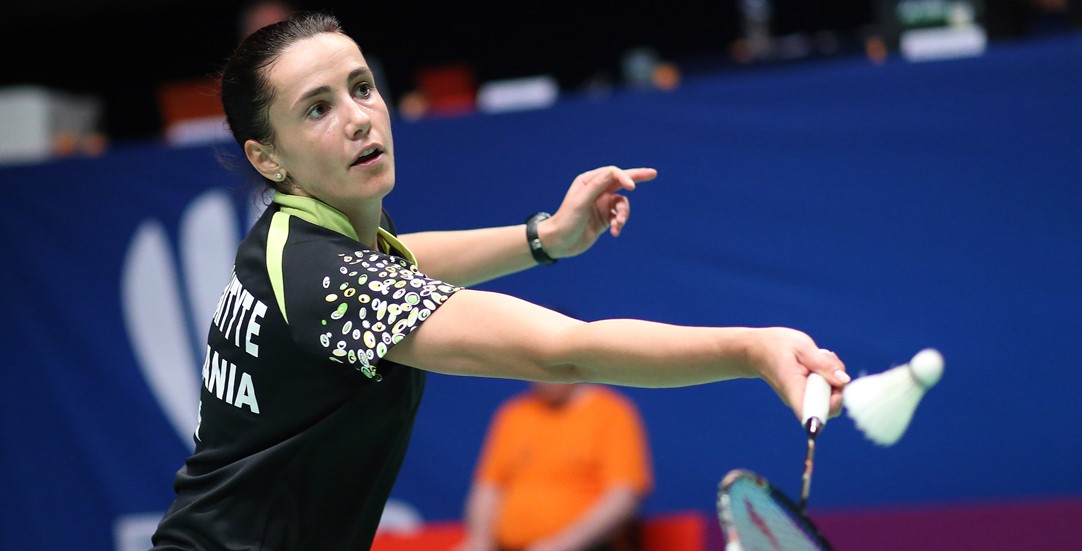 Opening their accounts at the 25th European Championships, the star players were stretched the distance, with Axelsen in particular having to battle hard to squash the challenge of French wildcard, Lucas Claerbout; still revelling from his first-round success on home turf.

The No.2 seed eventually prevailed 23-21 16-21 22-20 in 65 minutes. Had he snatched one of the four game points he had in the first game, Claerbout’s fortunes could have been far different. He came back strong in the second game and saved three match points at 17-20 down in the decider before Axelsen sealed the match.

“I am happy to have taken the victory, but I had a lot of difficulties and Lucas played really well,” said the relieved Dane who faced Poland’s Adrian Dziolko in the third round. The latter also survived a bruising three games versus another Frenchman, Thomas Rouxel. In later drama at Vendéspace in La Roche sur Yon, Spanish standard-bearer Marin started her title defence under pressure from Akvile Stapusaityte (featured image) – a Lithuanian ranked No. 79 in the world.

The two-time reigning World champion recovered from 17-20 down in the second game level scores at 20-20. However, an undaunted Stapusaityte kept her composure to force a decider which Marin dominated; 21-14 20-22 21-9 in 59 minutes. Marin’s Men’s Singles compatriot, Pablo Abian, also finished strongly to thwart England’s Toby Penty. Abian withstood two game points against him in the first game; dropped the second; but bounced back well for a 23-21 16-21 21-11 win.

There were no problems for defending Men’s Singles champion Jan Jorgensen. The Danish top gun defeated Blagovest Kisyov of Bulgaria 21-8 21-14 in 26 minutes while team-mate and third seed Hans-Kristian Vittinghus took a minute longer to brush aside Swiss rival Mathias Bonny 21-16 21-9. Vittinghus remains on course for a revenge quarter-final clash with fifth seed Rajiv Ouseph. The Englishman beat him en route to silver two years ago in Kazan. France’s big singles hope, Brice Leverdez, who took Jorgensen to three games in their quarter-final clash in 2012, opened with a 21-7 21-12 against Icelander Kari Gunnarsson in 24 minutes. Victory over Israel’s Misha Zilberman tomorrow could earn the sixth seed that quarter-final rematch with the World No. 6, but first Jorgensen must overcome Dutchman Nick Fransman.

Meanwhile, Petr Koukal, who carried the Czech flag at the London 2012 Olympic Games after overcoming testicular cancer, savoured his first victory over Raul Must of Estonia; keeping his quest of qualifying for Rio 2016 alive. Koukal prevailed 13-21 21-18 21-16.

“I have two tattoos on my arm from the last two Olympic Games and I have kept a spot for Rio just in case,” said the winner. “I have never beaten Raul before and to do it today when I needed it most was probably the biggest win of my career in terms of outright pressure.”

Karen Schnaase has a unique story to tell after triumphing in her second-round match – having borrowed a pair of shoes from her Women’s Singles rival.