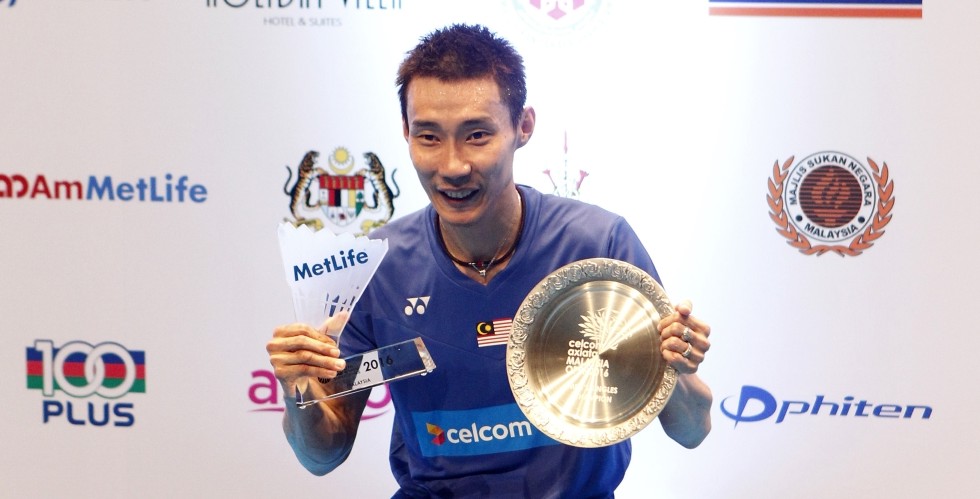 Not since January of 2011 – incidentally, at the Malaysia Open – has Chen been dealt with so summarily by 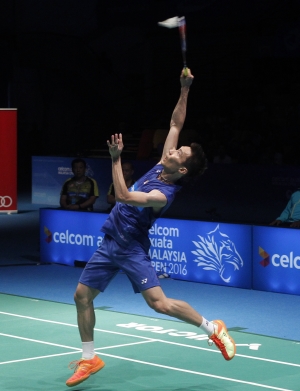 Lee Chong Wei. The Malaysian came out guns blazing and Chen withered under the assault. Lee’s magnificent turns of pace, control at the net and on the clears, and rock-like defence on either flank left Chen with little clue on hurting his opponent.

For the most part, Lee was a fluidly moving spectre that was in the right place, right time, no matter what Chen sent his way. Every time the shuttle was in hitting range, Lee leapt up to send a guided missile to the lines, past the outstretched racket of his challenger.

Chen fared worse in the second as he just could not get the length right on his clears. It was a day when even luck deserted him – Lee’s drives clipped the net cord, while Chen made misjudgements on the tosses. One of these gave Lee match point, and another long clear (21-13 21-9) gave Lee his 11th title, unprecedented in Superseries history. The victory also set the legendary player on his way in the qualification race for the Dubai World Superseries Finals in December.

“The crowd inspired me,” said Lee. “After my early defeats in the last two events, a lot of people suggested that I retire – this is proof that I’m still good enough.”

Chinese Taipei’s Tai was too inconsistent to trouble Intanon, who continued from where she left off in her semi-final victory over her nemesis Wang Yihan. Tai’s best spell came too late, when she was down nine match points, when she briefly regained the attack over Intanon. 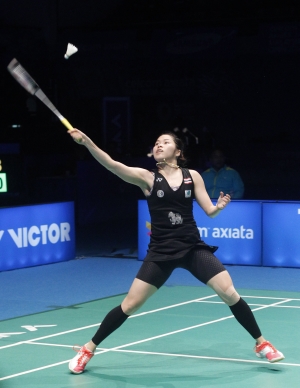 “The semi-final victory over Wang Yihan was very tough, so I was confident today, and not worried about the result,” said Intanon. “I feel I prepared well. I had to be cautious about Tai’s strokes; I had to ensure I wouldn’t make any mistakes. I now feel I can be World No.1.”

The two pairs were evenly locked for most of the first game, until a Kim Gi Jung drive into an onrushing Chai Baio gave them first game point, which was immediately converted.

The Koreans appeared to have found an effective weapon which they consistently used in the second game to unravel the Chinese. Chai faltered each time the shuttle was driven at his face; soon the Koreans were all over him. Hong Wei did his best to keep the Chinese in the contest with some fierce smashes, but the Koreans were crafty enough to prevent him from getting under the shuttle too often. The second game was over in a canter and the Koreans sealed their third Superseries title overall: 21-19 21-15.

“This title is so significant to our career,” said Kim Sa Rang. “The first game was tough as there was a lot of drift, but we analysed its direction and by the second game we were able to adapt.  We’ve played them many times, so we are aware of their style. The turning point was decided in the first game.” 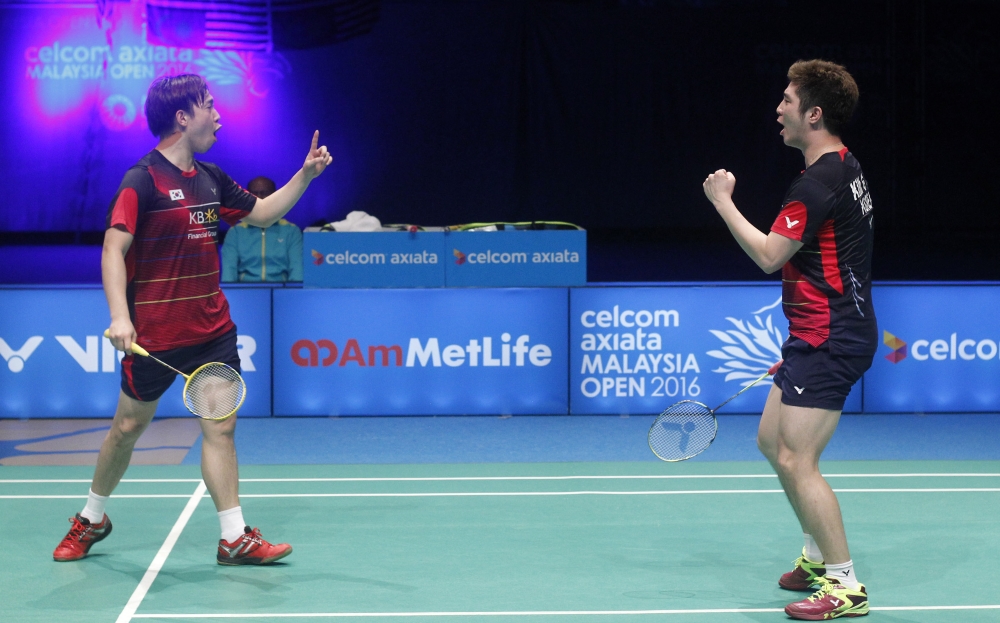 Jung Kyung Eun and Shin Seung Chan had little clue on how to handle Tang Yuanting and Yu Yang. The Chinese attack, sustained and fierce, blew Jung and Shin’s defence apart. The Koreans were unable to keep the shuttle in play after the first or second smash from Tang – who even recorded smashes in the over-350 kmph range – and the Chinese eased to victory, 21-11 21-17 in 40 minutes.

“We’ve never played this pair before, so we had to prepare for the worst,” said Yu Yang. “The wind in the hall was very strong, it was tough to execute tactics. It wasn’t a normal Women’s Doubles match, there were a lot of errors.” 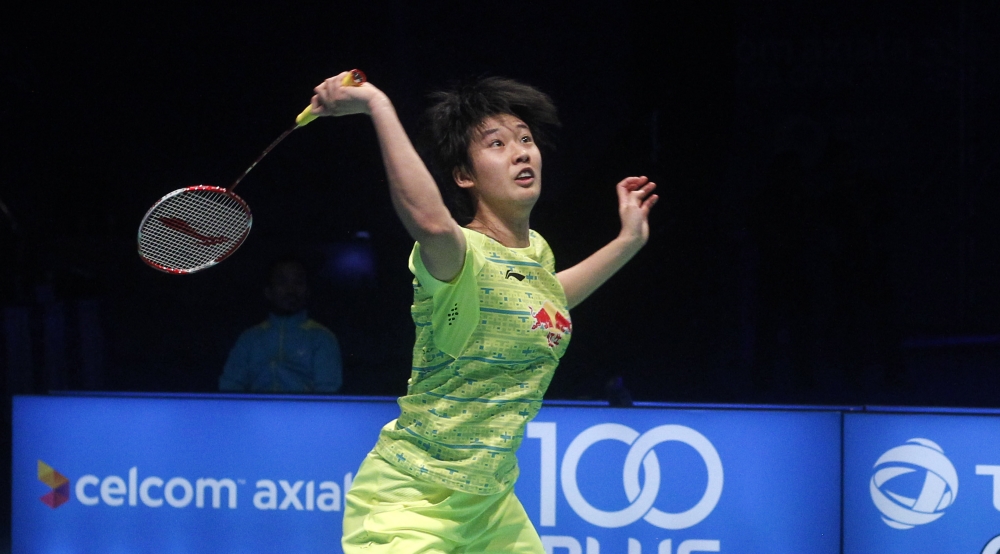 Goh was the star of the match with a brilliant performance. With Chan’s serve completely failing him, it was left to Goh to keep the Malaysians in the hunt, which she did with a display of fine reflexes and courtcraft. Through most of the match, Goh was a livewire around the court, intercepting smashes, driving into vacant spaces, and nailing winners at the first opportunity. 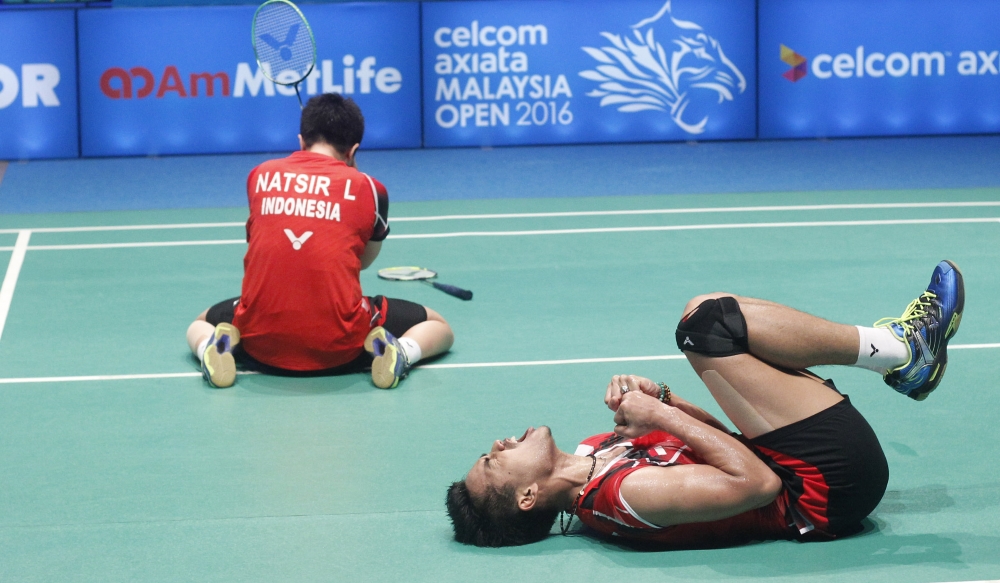 The Malaysians rebounded from a deficit in the third and nearly caught up with the Indonesians, but another dreadful serve by Chan saw Natsir kill it to go 18-16 ahead. Goh finally faltered at the net to give the Indonesians match point, which they converted at the first instance.

Chan admitted his weak serve had gifted the advantage to the Indonesians: “My short serve has been a problem. It has been inconsistent and I’ve had a lot of trouble. It’s something I need to work on.”