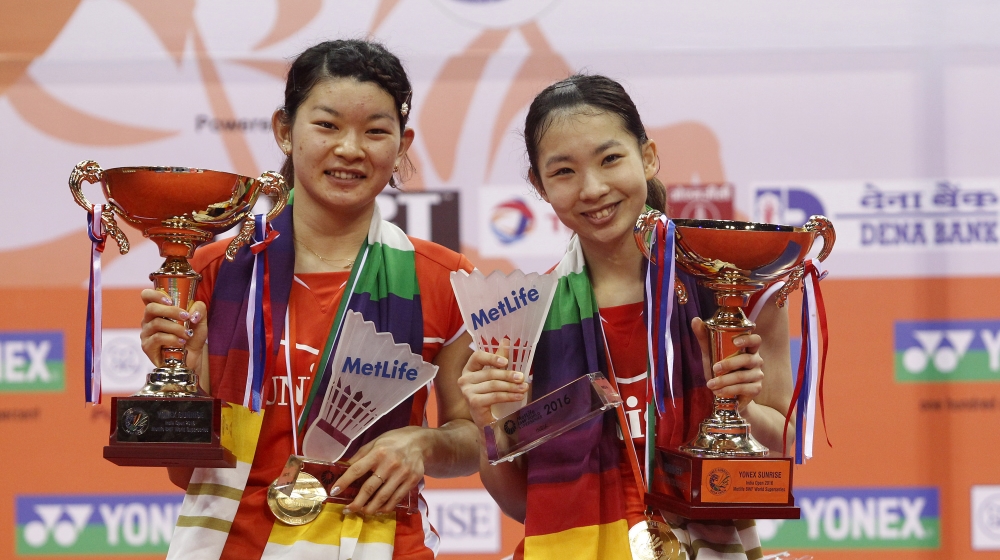 A masterclass from Kevin Sanjaya Sukamuljo and Markus Fernaldi Gideon saw them capture their first World Superseries title as  a pair at the Yonex-Sunrise India Open 2016. The demolition job was built on the stunning defence of the younger pair: Sukamuljo and Gideon stonewalled the biggest shots from Suwardi and Pratama, drawing their sting and imposing themselves with quick counters. Sukamuljo was a revelation at the net, expertly intercepting and creating opportunities for Fernaldi to nail winners. After 14-all in the first, the younger pair gradually gained ascendancy, and it was a mismatch in the second with Pratama and Karandi left tentative by the brilliance of their opponents.

“We were a bit nervous going into the final because it was our first Superseries final together,” said Gideon. “Luckily, we were able to get a good start. Our partnership is still quite new and it has taken us time to understand each other.” From the beginning it was apparent that the top seeds would have a difficult challenge on their hands from a pair playing an identical style. Yonao and Fukuman gave as hard as they got, with Yonao in particular handling the attacking responsibility from the back and breaching the defences of the top seeds at regular intervals. It was neck-and-neck until 16-all, when Takahashi unveiled a deceptive backhand flick that caught her opponents off-guard and saw the defending champions surge ahead.

They continued to build on the momentum, and with a healthy 13-6 lead in the second they appeared to have sewn up the contest. A late fightback from Yonao and Fukuman brought them level at 18 with the game in sight, but Matsutomo, who otherwise was a shade below her usual reliable self, nailed a couple of sharp winners to hand the top seeds their second straight and fifth overall World Superseries crown.

“It is wonderful to win our second straight India Open,” said Matsutomo. “Of course it is difficult to play against our compatriots because we know each other’s game so well; we just had to keep our focus on the big points. We know there’s a lot of attention on us, especially in the run-up to the Rio Olympics, but we’ll try to enjoy ourselves on court.” The Chinese scarcely put a foot wrong. Nothing that Widianto or Dili did could put the Chinese under pressure, for they defended astutely even when their opponents had kills at the net. Lu Kai’s tremendous smashes went unanswered most of the time. Widianto had a forgettable day, unable to exert pressure with his smashes or capitalise on the openings he got. Dili, however, impressively fielded the big smashes that were directed at her, but it wasn’t sufficient to turn the tide against the Chinese.

“Of course we’re thrilled to win our first Superseries title,” said Lu Kai. “We’ve played them before, so we analysed our previous matches and tried to keep attacking as much as possible. We did feel the pressure before the match. Our coaches try to make us comfortable but we put pressure on ourselves since other Chinese pairs have achieved so much.”