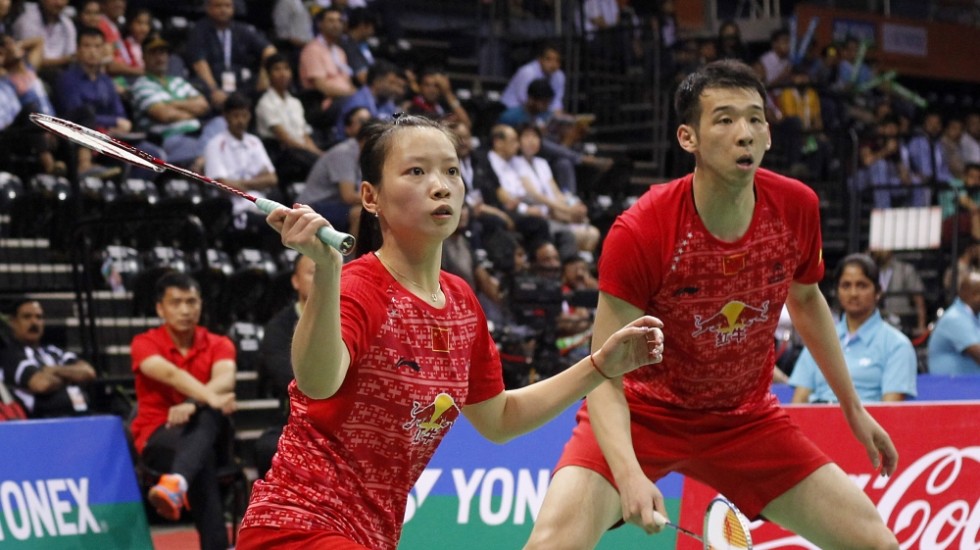 In a battle pitting the attacking prowess of the lanky Chinese against the dogged defence of the Indian, Li just about breasted the tape ahead of Nehwal 22-20 17-21 21-19. Li will take on Thailand’s Ratchanok Intanon tomorrow, in a final between two former India Open champions.

Egged on by a thunderous crowd, Nehwal scrambled to return the best shots that Li could throw her way; with a 14-8 lead in the third, it looked like the Indian was setting up a fairytale finale for her home fans. The resourceful Li, however, stayed in the hunt in the face of adversity and remained consistent at the death to pull off the win.

“It was a tough match,” Li said. “I tried not to think too much when I was down. Saina is a tough competitor and it was a matter of a few points. I’m close to my best form now.”

Intanon had little trouble getting past Korea’s Bae Yeon Ju in the other semi-final, 21-8 21-11.

The Men’s Singles final will see Denmark’s Viktor Axelsen against Japan’s Kento Momota. Axelsen blew away Korea’s Son Wan Ho 21-11 21-11 while Momota, who was struggling against China’s Xue Song, made the final after his opponent suffered an injury while leading 21-7 6-3. Women’s Doubles defending champions Misaki Matsutomo and Ayaka Takahashi made the final after a cracker of a match against Greysia Polii and Nitya Krishinda Maheswari.

As Polii eventually trudged off with a heavy heart, she acknowledged grudging admiration for her Japanese opponents. “We gave it everything we had. They were the better team today. There were so many long rallies. We just kept fighting all the way but maybe we lost a bit of focus in the end. We have to learn from this defeat.” It was a match between two pairs comfortable in defending and attacking for long periods. The class of the two pairs was encapsulated in a marathon rally at 16-all in the second, which went an incredible 118 shots. The efforts of taking the game told on the Indonesians, for they appeared to lose focus and trailed for most of the third. From 14-17 down, however, they made an impressive comeback, Polii pushing herself with one jump smash after another and Maheswari trying to cut off the returns.

At a crucial moment, Polii frittered the advantage with a weak service, and the Japanese pounced on the opportunity, closing out the match 21-18 19-21 23-21. The final will be an all-Japanese affair, with Naoko Fukuman/Kurumi Yonao edging Denmark’s Christinna Pedersen/Kamilla Rytter Juhl 14-21 22-20 21-17 in the other semi-final.

Despite Polii and Maheswari’s loss, Indonesia had a good semi-finals day, assuring themselves of the Men’s Doubles gold and staying in contention for a Mixed Doubles title. Youngsters Markus Fernaldi Gideon and Kevin Sanjaya Sukamuljo made the final with a clinical 21-15 21-17 verdict over Malaysia’s Tan Wee Kiong/Goh V Shem after compatriots Angga Pratama/Ricky Karanda Suwardi had outplayed Korea’s Ko Sung Hyun/Shin Baek Choel in a 50-minute thriller: 21-18 6-21 21-19.

“We were better prepared this time. We studied their game and were ready from the start,” said Gideon. “We’re looking for points for the Rio Olympics, so we want to be at our best tomorrow.”