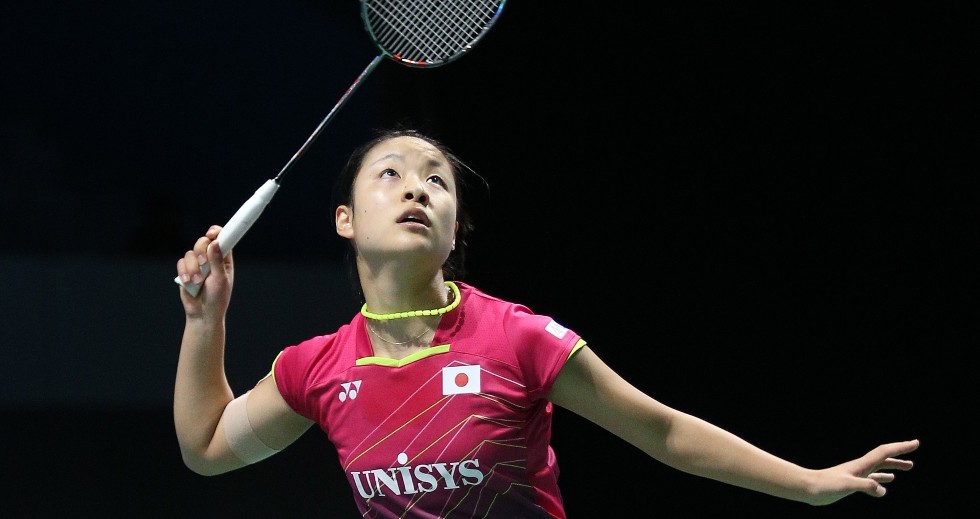 Nozomi Okuhara's singles success in 2017 was a historic moment for Japan.

Two World Superseries titles in a row have helped Nozomi Okuhara scamper up the rankings to a career-high No.3. According to BWF’s latest rankings list, the Japanese, who won the Yonex All England Open last week following her Dubai World Superseries title triumph in December 2015, vaulted five places to break into the top-3 for the first time. Her compatriot Akane Yamaguchi moved up one place to No.10.

India’s Saina Nehwal slipped three places to No.6, just ahead of China’s Wang Yihan and Korea’s Sung Ji Hyun. Chinese Taipei’s Tai Tzu Ying stayed at No.9, while India’s PV Sindhu moved up a place to No.11.

In Men’s Singles, China’s Lin Dan reclaimed his No.2 spot after eight months. All England champion Lin, with 79,537 points, is still adrift of his top-ranked compatriot Chen Long (92,351). The big gainers in Men’s Doubles are Russia’s Vladimir Ivanov/Ivan Sozonov, whose unexpected title triumph at the All England last week helped them jump four places to a career-high No.9.

The most dominant pair of the last season, Korea’s Lee Yong Dae/Yoo Yeon Seong (94,130), are still perched at No.1, with World champions Mohammad Ahsan/Hendra Setiawan (84,470) trailing them in second spot. Women’s Doubles saw Japan’s Misaki Matsutomo/Ayaka Takahashi regain their top ranking after winning the All England. The Japanese (78,679) are narrowly ahead of China’s Luo Ying/Luo Yu (77,743).

There are three other Chinese pairs in the top ten: Tian Qing/Zhao Yunlei (No.6), Tang Yuanting/Yu Yang (No.8) and Ma Jin/Tang Yuanting (No.10). Korea’s Chang Ye Na/Lee So Hee are No.7 and Netherlands’ Selena Piek/Eefje Muskens are No.9.

Praveen Jordan and Debby Susanto’s Mixed Doubles title at the All England has helped them move up a place to No.7, behind the pair they vanquished in the final, Denmark’s Joachim Fischer Nielsen/Christinna Pedersen.

China’s Zhang Nan/Zhao Yunlei remain unchallenged at the top with 96,435 points, while Indonesia’s Tontowi Ahmad/Liliyana Natsir are behind them at 77,582. Three other Chinese pairs also figure in the top ten: Liu Cheng/Bao Yixin (No.3), Xu Chen/Ma Jin (No.5) and Lu Kai/Huang Yaqiong (No.10).

Korea’s Ko Sung Hyun/Kim Ha Na (No.4), England’s Chris Adcock/Gabrielle Adcock (No.8) and Hong Kong’s Lee Chun Hei/Chau Hoi Wah (No.9) are the other pairs in the top ten.