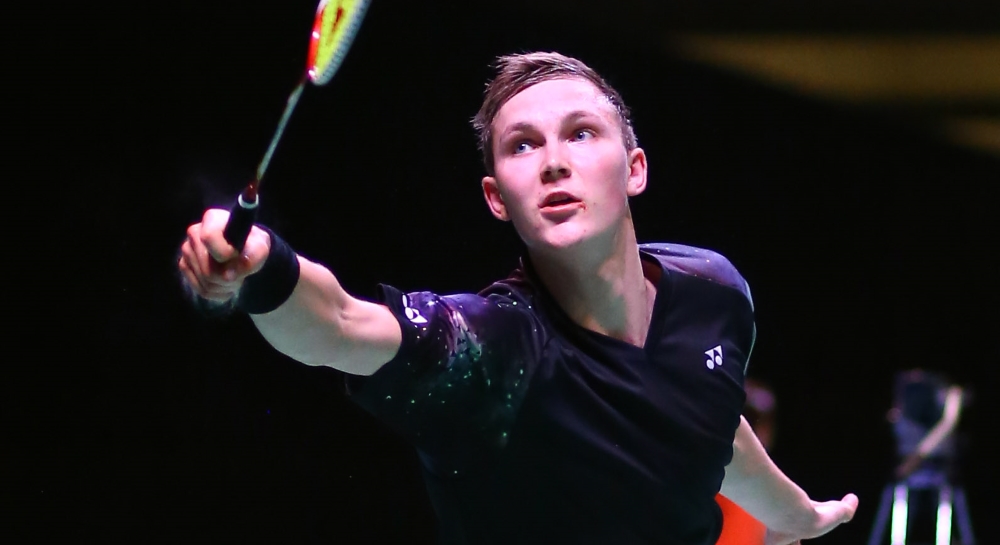 Last year’s Women’s Singles finalists are once again seeded for a title showdown at the world’s oldest tournament, the Yonex All England Open that begins on 8 March. It was at the All England that Carolina Marin’s spectacular run last year began. The Spaniard stormed to her first World Superseries title in Birmingham over arch-rival Saina Nehwal, and then proceeded to stamp her domination of the circuit with four more Superseries crowns besides the World title.

The All England thus holds great significance for the World champion as she seeks to continue from where she left off in late 2015. Although the year didn’t quite end the way she would have hoped – for she suffered three losses in four matches at the Dubai World Superseries Finals – the All England offers her the chance to start her 2016 campaign on a high as elite players seek to qualify for the season finale in Dubai again. The All England Open is the first of 12 stops en route to the Dubai World Superseries Finals which features the top eight singles players and doubles pairs battling for a share of US$1 million jackpot.

Marin has a reasonable draw, starting against Korea’s Bae Yeon Ju, and is likely to face Thailand’s Ratchanok Intanon or Japan’s Akane Yamaguchi in the quarter-finals.

Japan’s Nozomi Okuhara, another star that 2015 threw up, is in the second quarter as China’s Wang Yihan. Having beaten the rest of the field in Dubai, Okuhara will be keenly followed.

Nehwal faces Canada’s Michelle Li in a battle between past and reigning Commonwealth Games champions; the Indian has Korea’s Sung Ji Hyun or Chinese Taipei’s Tai Tzu Ying for possible quarter-final opponents, followed by either Li Xuerui or Chinese teammate Wang Shixian. With a number of strong contenders and dangerous floaters, Women’s Singles is particularly unpredictable.

Fans can look forward to some exciting match-ups in Men’s Singles as well. Three-time champion Lee Chong Wei, who missed the last edition, has rocketed to world No.2 from No.180 in June, in remarkably quick time. Lee’s title wins in China and Hong Kong with victories over the likes of Lin Dan and Chen Long will see him start as one of the favourites. The No.2 seed starts against India’s Kashyap Parupalli and might expect to face China’s Wang Zhengming, Chinese Taipei’s Chou Tien Chen and Japan’s Kento Momota in subsequent rounds. Defending champion Chen Long, who beat Jan O Jorgensen in an entertaining final last year, is in the same half as the Dane. His biggest threat however would be another Dane, Viktor Axelsen (featured image), who beat him in Dubai and is due to face him in the quarter-finals.

Jorgensen is perched in the same quarter as five-time champion Lin Dan, who last won a Superseries in September; whether the reigning Olympic champion can rediscover his prime form remains to be seen. In Men’s Doubles, form suggests a final between Korea’s Lee Yong Dae/Yoo Yeon Seong (1) and Indonesia’s Mohammad Ahsan/Hendra Setiawan (2). The top two seeded pairs appear to have no dangers lined up early in the draw; Lee/Yoo’s first stern test could be Denmark’s Mathias Boe/Carsten Mogensen in the semi-finals. Ahsan/Setiawan can expect China’s Chai Biao/Hong Wei in the quarters and Zhang Nan/Fu Haifeng in the semis. Zhang and Fu though have a first round appointment with Indonesia’s Kevin Sanjaya Sukamuljo/Marcus Fernaldi Gideon – opponents capable of springing an early surprise.

Three strong pairs lead the charge for China in Women’s Doubles – Tian Qing/Zhao Yunlei (5), Luo Ying/Luo Yu (1) and Tang Yuanting/Yu Yang (6). A fourth – World Junior champions Chen Qingchen/Jia Yi Fan – is also in the draw, and might run into top seeds Luo/Luo in the second round.

Among the non-Chinese pairs in the hunt, Indonesia’s Greysia Polii/Nitya Krishinda Maheswari are seeded second but face a tough opener in the form of Japan’s Naoko Fukuman/Kurumi Yonao. Fourth seeds Christinna Pedersen/Kamilla Rytter Juhl (Denmark) and Korea’s Jung Kyung Eun/Shin Seung Chan are also in the bottom half, while No.3 seeds Misaki Matsutomo/Ayaka Takahashi (Japan) have their task cut out as they are in the same quarter as Tian/Zhao. Only two non-Chinese pairs have won the Women’s Doubles title since 1996; considering the depth of the Chinese squad this time round too, it will be a surprise if the steak is interrupted for the third time. Zhang Nan/Zhao Yunlei and Tontowi Ahmad/Liliyana Natsir have faced each other in the final the last three times, with the Indonesians coming on top twice and the Chinese winning last year. Since then, Zhang/Zhao have had the better of Ahmad/Natsir and the Indonesians will be particularly keen to break the sequence of losses. The Indonesians will expect to run into the in-form English pair, Chris Adcock/Gabrielle Adcock, in the quarter-finals.

“We were gutted to lose in the quarters last year,” said Chris Adcock. “But these events have proved that if you can get to the last eight then anything can happen.”

Having topped the podium in Dubai, the Adcocks will have confidence and the energy of the crowd behind them.

Zhang/Zhao have, in their half, compatriots Xu Chen/Ma Jin, Liu Cheng/Bao Yixin, and the dangerous Praveen Jordan/Debby Susanto (Indonesia), while the bottom half of the draw features Denmark’s Joachim Fischer Nielsen/Christinna Pedersen and Korea’s Ko Sung Hyun/Kim Ha Na, apart from Ahmad/Natsir and the Adcocks.