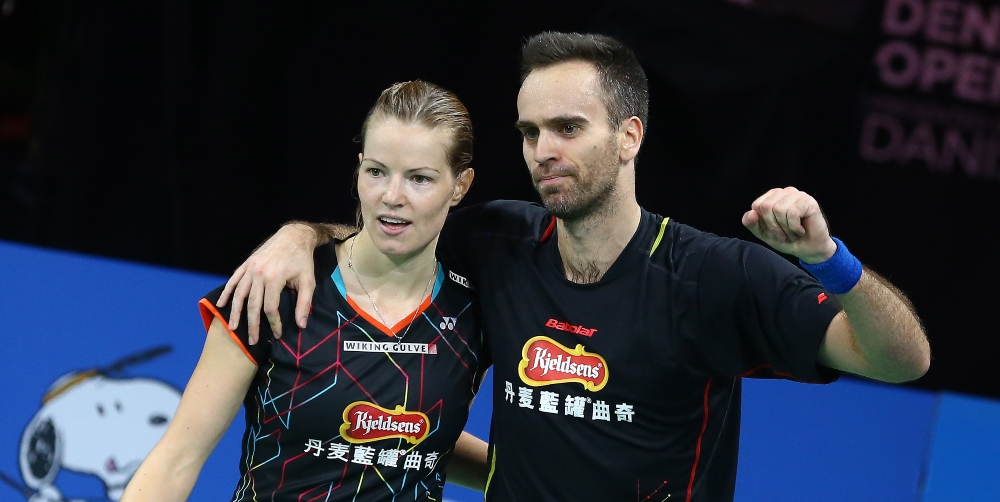 It was Zhang Nan/Zhao Yunlei’s show nearly all the way in 2015.

It was not until midway through the year, in June, that the top-ranked combination from China lost their first match of 2015. This amazing run was an extension of their blistering form in the latter half of 2014 – having won World Superseries in China, Hong Kong and Dubai last year, Zhang and Zhao continued to scythe through the field in 2015, adding the Yonex All England, Maybank Malaysia Open, OUE Singapore Open and the Vivo BWF Sudirman Cup on their unbeaten streak.

The soft-spoken Zhang would credit his partner for their success. “Zhao is the best woman doubles player; she controls the court very well and makes it easier for me to finish the points.”

Eventually, it was at the BCA Indonesia Open that the run finally stopped, at the hands of opponents they had beaten 19 times in 21 previous matches – compatriots Xu Chen and Ma Jin.

The loss would turn out to be the first of only five that the World champions suffered all year. Of these, only three were in Superseries. The year’s haul saw them pick up six Superseries – in England, Malaysia, Singapore, Korea, China and Hong Kong – apart from the World title in Indonesia.

With such consistency, it is only natural that the success of the other pairs would be compared with that of Zhang/Zhao. Denmark’s Joachim Fischer Nielsen and Christinna Pedersen (featured image) finished the year with only one Superseries title, but they were among the few who managed the rare task of beating Zhang/Zhao in a final – the Danes emerged victorious in a fascinating duel for the Yonex Open Japan title. The Danes made two other Superseries finals, falling to Liu Cheng/Bao Yixin in the Yonex-Sunrise India Open and in another narrow battle to Zhang/Zhao in the Thaihot China Open title round.

Korea’s Ko Sung Hyun and Kim Ha Na too had a strong year, with back-to-back successes in Denmark and France. Ko excelled in Mixed Doubles while his Men’s Doubles form with Shin Baek Choel appeared to desert him. Xu and Ma, despite their win in Indonesia, had an ordinary year by their standards. Another experienced duo, Indonesia’s Tontowi Ahmad/Liliyana Natsir, had a good start, making the All England final but suffered a nightmarish end to 2015 – being unable to win a match in their last three Superseries.

Fellow-Indonesians Praveen Jordan/Debby Susanto, however, had some bright performances through the year, and nearly upset Zhang/Zhao in China and Hong Kong. The Indonesians featured in their maiden Superseries final, in France. Hong Kong’s Lee Chun Hei/Chau Hoi Wah were surprise winners in Australia and followed that up with some strong performances.

England’s Adcock couple had the brightest possible finish to the year, emerging on top in Dubai and celebrated their first Superseries win after 2013.