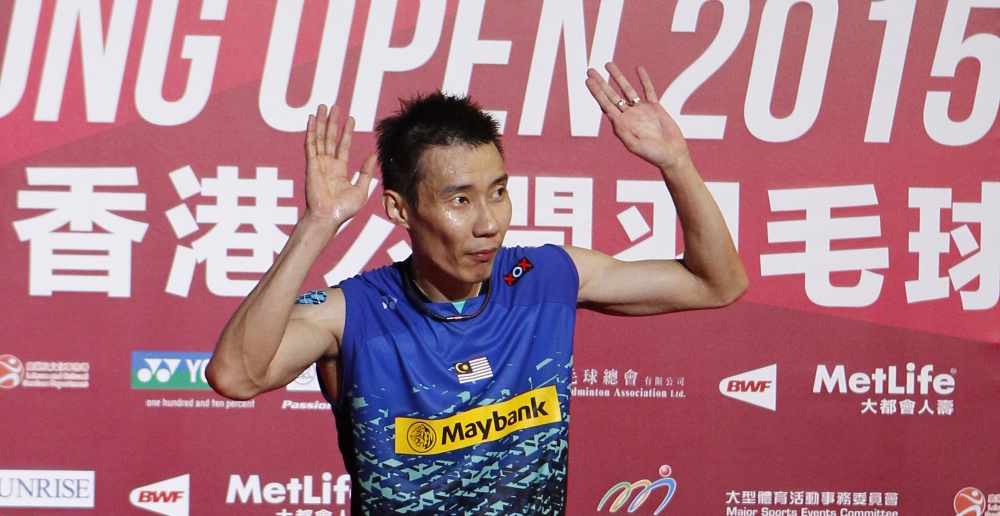 The Zhao Yunlei Express continued to roll on as the 12-tournament strong MetLife BWF World Superseries circuit came to a close today at the Yonex-Sunrise Hong Kong Open 2015.

Zhao’s double, bringing her total Superseries haul this year to eight, was on an evening that saw all the favourites win. Zhao’s twin achievements with partners Zhang Nan (Mixed Doubles) and Tian Qing (Women’s Doubles) sandwiched the singles potboilers that went the way of Carolina Marin and Lee Chong Wei; Korea’s Lee Yong Dae/Yoo Yeon Seong then won their sixth Superseries this year after an up-and-down battle in Men’s Doubles. It was the Women’s Singles that was the closest of them all.

Nozomi Okuhara very nearly scripted a sensational victory from the brink of defeat, but World champion Carolina Marin did what she promised earlier this week – win the Women’s Singles title. In a match that often saw titanic rallies, with Marin pounding smash after smash only for Okuhara to fling herself at the shuttle and send them back again, the test of wills finally veered towards the Spaniard. A 16-9 lead quickly became 20-14; Marin smiling widely with her fifth Superseries title within grasp.

The script turned dramatically. Okuhara, whose precision had been a bit off all through the third game, suddenly began to knock off winners. With each winner the crown began to sense the build-up of something special. A few long rallies later, Okuhara was level at 20 to deafening applause from the crowd.

“It was a tough match,” acknowledged Marin. “I could feel her getting nervous in the second game but I made a few mistakes. Then in the third game I got nervous when I was leading. I’m really happy I kept my concentration and won my fifth Superseries.”

One of the few players to have beaten him during Lee’s golden run in 2013, Tian was expected to provide some resistance, but it all withered under the assault of the resurgent Malaysian.

Lee was barely required to choose from his array of weapons or battle tactics. For the most part, it was just one that sufficed – the big smash followed by a darting run to the net to cut off the return. Tian was unable to test Lee in either game, and there was never a doubt from the start about who the eventual winner would be.

Lee hinted that he would stay on past the Olympics. “I thank my fans, especially those who have come from Malaysia. I hope to be fit for the Rio Olympics and I hope to come back next year. I’m not yet 100 percent, maybe I’m 85 percent. I have some niggles, but when I step on court I forget about them. The next Olympics will be my fourth – it’s not easy to last 16 years.” The opening match saw Zhang Nan and Zhao Yunlei pick up their sixth World Superseries Mixed Doubles title of the year with a come-from-behind win over compatriots Liu Cheng/Bao Yixin.

Liu and Bao did well to claim a game for the first time in seven meetings, and with leads of 11-5 and 13-8 in the third, looked increasingly likely to win the title. However, Zhang and Zhao, as they have so many times before, did not waver. As they steadily gained on their rivals it was Liu who cracked, his precision deserting him, and Zhang and Zhao cruised through 21-17 17-21 21-17 in just under an hour. Zhao grabbed her second double of the year after the BWF World Championships as she and Tian Qing rather comfortably sliced apart the challenge of compatriots Yu Yang/Tang Yuanting.

The 17-match unbeaten streak of Yu and Tang was rudely halted by a pair which could do no wrong on the day. Zhao and Tian defended and attacked expertly; such was their control and craft that the normally devastating smash of Tang was nullified. The 21-15 21-12 result took just 40 minutes.

The final match was perhaps the most unusual Men’s Doubles seen in recent times. Lee and Yoo, riding high on their sensational semi-final victory from the brink, came out flying against Denmark’s Mathias Boe and Carsten Mogensen. It threatened to be a humiliation for the Danes as the Koreans swarmed them, shooting to a lead of 11-0 and taking the first game for the loss of just seven points. It was soon 14-5 and the Koreans appeared set to wrap up the proceedings.

Boe later admitted he’d rarely been in matches like this. The Danes worked their way back in, taking the next 10 of 11 points, and forcing a decider. The third was tight too, but the Koreans were always marginally ahead, and some errors by the Danes towards the end helped their cause. The 21-7 18-21 21-18 result helped Lee and Yoo to their sixth Superseries title this year.