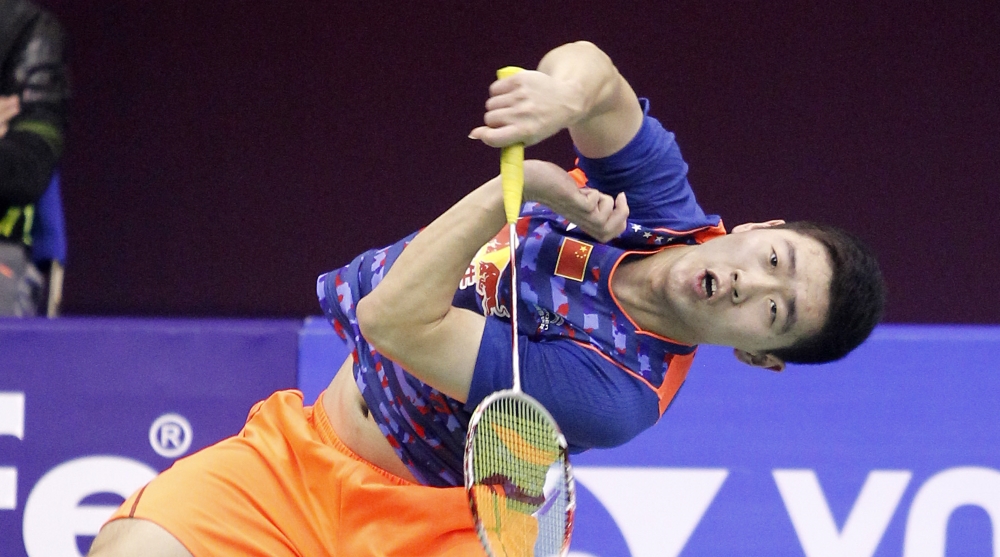 Ginting – who was beaten by Momota in the BCA Indonesia Open quarter-finals – decimated the Japanese’s challenge today in just 34 minutes, 21-7 21-15. Ginting will take on another Japanese, qualifier Kazumasa Sakai, in the quarter-finals.

Korea’s Son Wan Ho met an early end in his title defence, at the hands of Tian Houwei.

He was joined on the sidelines by Yonex Open Japan champion Lin Dan, who was undone by local hope Ng Ka Long in straight games.

Son has had a disappointing year since he won his last World Superseries title in Hong Kong. His best performance was a semi-final place at last week’s Thaihot China Open; any hopes he might have entertained about a strong finish to the year was buried by China’s Tian Houwei in 47 minutes, 21-13 21-17.

Lin Dan looked lost in the opening game, going 0-9 down in a jiffy. He recovered in the second and had the game under control, but his inconsistent play allowed Ng to creep up back level; the Hong Kong challenger converted on his first match point: 21-8 21-18.

but the Spaniard powered past her 21-19 21-8; the second game being a total rout in which Yamaguchi appeared lost for a strategy to counter her fast and powerful opponent.

In the bottom half of the draw, China Open champions Yu Yang/Tang Yuanting won an all-China battle against No.2 seeds Luo Ying/Luo Yu, 22-20 21-16.

The big surprise in Men’s Doubles was the upset of Korea’s Ko Sung Hyun/Shin Baek Choel at the hands of Malaysia’s Goh V Shem/Tan Wee Kiong, 22-20 21-18.