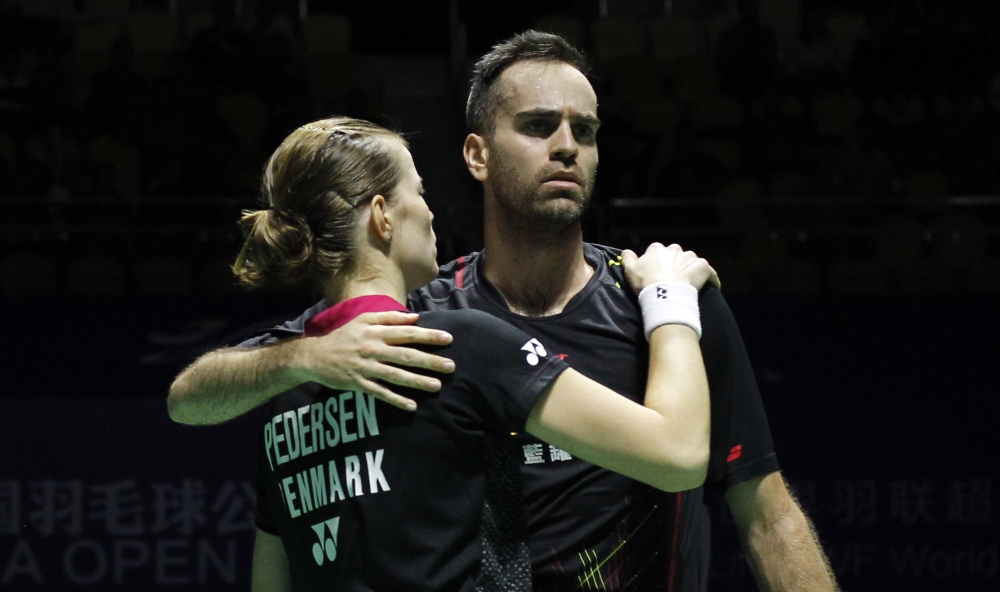 Lin and Lee were both stretched in their Men’s Singles quarter-final matches today. Korea’s Son Wan Ho will meet World champion Chen Long in the other semi-final.

In Women’s Singles, China’s big three reasserted themselves. It will be up to defending champion Saina Nehwal to prevent China from taking the title. The Indian will take on Wang Yihan, while the other semi-final will see a clash between Wang Shixian and Li Xuerui. Lee will be hoping to reverse a sequence of five straight losses to Lin when he faces him tomorrow. Not since the Korea Open of 2012 has Lee had the better of Lin. Neither player appeared at their peak today. Both started well, faltered in the middle, and then pulled through comfortably in their respective quarter-finals. Hong Kong’s Hu Yun stayed level with Lin until 10 in the third game, after which Lin shifted gears and closed it out 21-8 10-21 21-17. Lee’s opponent Jan O Jorgensen (Denmark) appeared to have put a quick first set loss behind him with a strong comeback in the second, but Lee continued to set a high pace early in the third and the Dane flagged. Some uncharacteristic errors later, Jorgensen found himself quickly out of the contest, and Lee pocketed the match 21-11 11-21 21-10.

The most engrossing Men’s Singles contest was actually between qualifier Shi Yuqi (China) and Korea’s Son Wan Ho. Playing identical styles, quicksilver feet and unleashing sharp smashes at the first opportunity, Son and Shi were caught in a fierce exchange that went the Korean’s way at the very end, 21-19 11-21 21-18.

Earlier, Chen Long, facing one of the few players who has caused him trouble this season, shut out Denmark’s Viktor Axelsen 21-17 21-13.

Axelsen traded blows on even terms with Chen. Playing a careful game and using his smash judiciously, Axelsen was able to stay level until the very end of the first game, when a couple of errors nixed his chances. The Dane level noticeably went down from there and Chen wrapped it up in 50 minutes.

“Chen Long played better; I tried my best to break his rhythm and get my good game going but I made too many mistakes. Some of

my other matches with him this year have been much closer. My preparation hasn’t been too good; I have been struggling with a bad thigh; I wasn’t able to practice until Wednesday last week. It’s been a bit up and down, so I’m pretty satisfied with my result in this tournament.”

Marin’s match against Wang Shixian was closer for the most part than the score suggested, for the Spaniard used her speed and attacking range to keep Wang on the backfoot. At 10-all in the third, it looked like anyone’s game, but Marin inexplicably lost the next 11 points in a row to fall 21-13 10-21 21-10.

“I couldn’t control the length of the shuttle; it’s a difficult hall, there is some drift as it’s a big hall,” said Marin. “She played well; I made some mistakes. My physical condition is good. This is the second straight time I’ve lost to her… I have my strategy and she has hers, we will see what happens next time.” However, China still have a pair left in Chai Biao/Hong Wei, who face Ko/Shin. Endo/Hayakawa will be up against Kim Gi Jung/Kim Sa Rang, who outplayed Denmark’s Mathias Boe/Carsten Mogensen 1 9-21 21-13 21-9.

Zhao in line for two Zhang Nan and Zhao Yunlei escaped from a tight spot against Indonesia’s Praveen Jordan/Debby Susanto. Trailing 6-12 in the third, the top seeds once again showed their immense reserves of mental toughness by plugging the leaks in time and pocketing 15 of the next 19 points for a 19-21 21-13 21-16 victory.

Zhao later teamed up with Tian Qing and once again staged a recovery. Facing compatriots Luo Ying/Luo Yu, whose pace and fierce attack helped them dominate the early part of the match, Zhao and Tian turned it around expertly in the second game and finished victorious at 16-21 21-15 21-12. 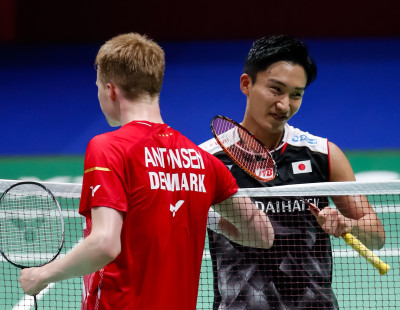 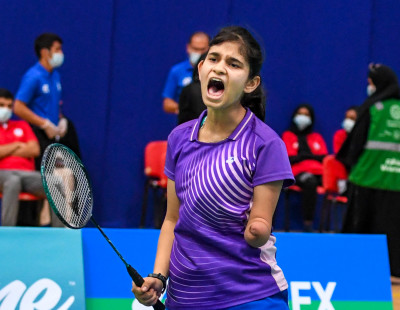 Resolute Kohli on the March Again