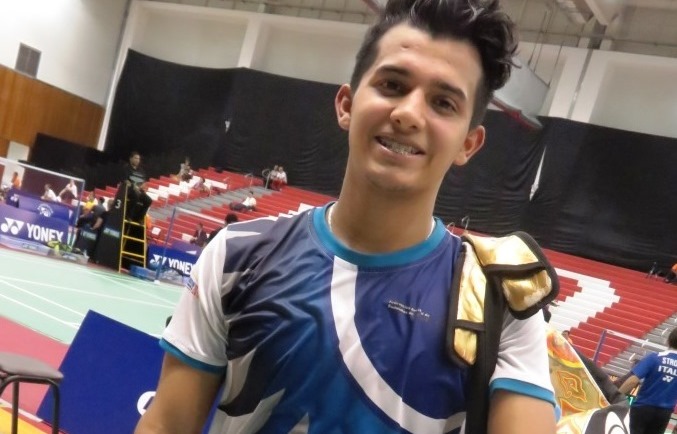 The Guatemalan who finished with some style, outfoxing his opponent in a net duel, received spontaneous applause and cheers from spectators inside the High Performance Center – Videna in Lima where the first day of the YONEX BWF World Junior Championships 2015 individual competition was taking place.

Having lost a close tussle in the first game, the spirited athlete did not give up but rather raised his tempo in the second game and, from 10-10, sped ahead and never relinquished the lead. His speedy tactics remained much the same in the deciding game as he drew repeated errors from his rival, surging ahead 17-9. Kang notched a few late winners but they were not enough to dent Castellanos’ advantage. The final result, 19-21 21-14 21-16, to the underdog; an outcome which delighted many Pan Am nations with players and coaches from the region seeking out the 18-year-old to congratulate him and his entourage.

“I know it’s a very good result for Guatemala and Pan Am and I’m happy to show that we can play badminton. In the team event I lost some matches in three games so I felt that if I could play a bit better I had a chance to win,” explained a beaming Castellanos (featured image).

“I was nervous but I was hitting the shuttle powerfully. I was tired at the end of the first game but I came out with a positive mind in the second. I decided to keep the shuttle flat because I realised he was making mistakes and I had control. In the third game, I mixed my speeds the whole game.”

The victory was Castellanos’ first in individual battle at World Juniors, having lost in the first round two years ago in Bangkok, Thailand.

“It’s a good step for me and I want to go further and play more. My dream is to play in the Olympic Games,” said the shuttler who was introduced to badminton at age 11 by a friend who no longer plays. Meanwhile, having dispensed with the team tournament last Sunday, some of the world’s top young players begin their quest for individual glory tomorrow. A number of top seeds in various categories had first-round byes and will therefore enter the tournament in the second round.