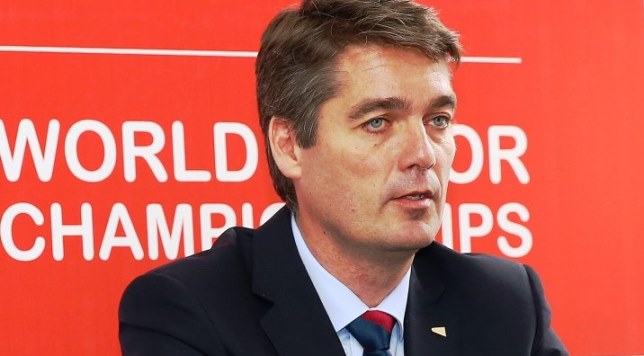 Highlighting the growth in badminton tournaments in the Pan American confederation, BWF President Poul-Erik Høyer has hailed that region “as having strong potential”.

“There has been a significant increase in the number of tournaments in Pan Am over the past five years, from about seven events to 37…this region is growing and it is great to see that.

“We want to show our sport to countries that are growing in badminton,” he told media today, speaking on the sidelines of the Yonex BWF World Junior Championships 2015 in Peru.

The 1996 Olympic Men’s Singles gold medallist said the ongoing Major Event – which features the World Junior Mixed Team Championships followed by the individual World Juniors – is a priceless opportunity for players from Pan Am countries to gain experience on the courts versus top nations while also seeing the skills of the sport’s leading juniors.

“This is an opportunity for regional teams to test themselves against the top badminton countries but, of course, there will be a lot of pressure and it is a matter of if they can handle it,” he reasoned.

Noting it is the third occasion on which the under-19 tournament has been held in the Pan American region – but the first in South America – Høyer said “it is important to present badminton to the whole world” to propel the sport’s global development beyond its “Asian stronghold and Europe” to discover other top players like Guatemala’s Kevin Cordon who has excelled regionally and internationally. Turning his thoughts to the World Junior Championships, the BWF President thanked the Pan Am confederation and Peru specifically for showcasing a new “fantastic venue” for the event.

“I wish to thank all the organisers and volunteers. There’s a very professional set-up here. I don’t think the players could ask for more,” he said of operations at the High Performance Center – Videna at which the two-week tournament is being held.