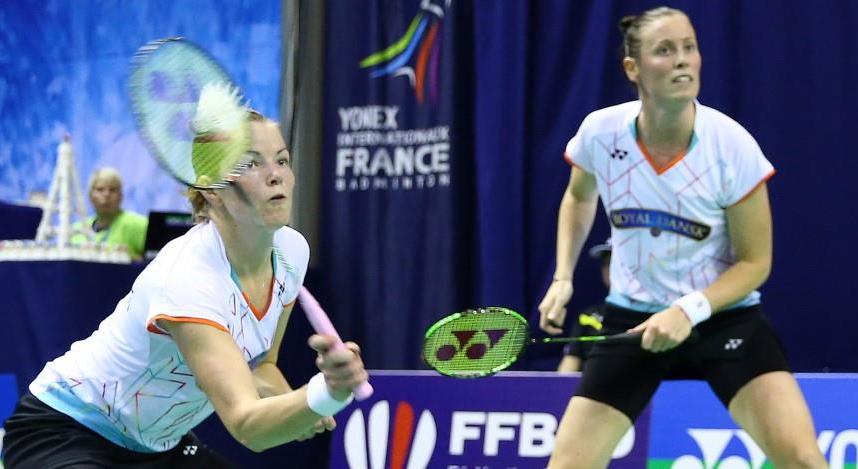 Indifferent form continued to haunt Lin Dan today at the Yonex French Open 2015 as the two-time Olympic champion fell to HS Prannoy in the opening round.

The Chinese star plummeted to defeat after winning the first game comfortably and then irritably questioned some of the umpiring calls which went against him. Nonetheless, his

rival deserved credit for putting up spirited resistance, matching Lin shot for shot and ultimately wearing him down to secure the 14-21 21-11 21-17    victory. This latest disappointment comes on the heels of a lacklustre quarter-final exit at last week’s Yonex Denmark Open, with Lin Dan being brushed aside by hometown Men’s Singles player, Viktor Axelsen, 21-8 21-7.

This afternoon it was Prannoy’s turn to savour a sensational outcome as he progressed to the second round. “The main thing for me was to be mentally ready to fight from the first point. I knew he would play long rallies and I had to be patient and stick with him,” noted the 23-year-old Indian.

“I’m naturally an attacking player but at world level you need to be able to adapt to different styles and I am getting better at doing that and being patient when I need to be. I’m really fit and feeling good right now and that’s important also.”

Lin Dan’s demise and his compatriot Chen Long’s withdrawal with a shoulder injury leaves the draw wide open and the likes of Denmark’s Jan Jorgensen and Viktor Axelsen; Kento Momota of Japan; and defending champion, Chinese Taipei’s Chou Tien Chen, will all be eager to capitalise. Prannoy and Kashyap Parupalli will hope to maintain India’s interest but their team-mate Kidambi Srikanth, the No. 5 seed, endured another miserable tournament, being bundled out (21-15 13-21 21-11) by China’s Tian Houwei. Malaysia’s Lee Chong Wei is also still in the hunt with a straightforward 21-7 21-15 win over France’s Brice Leverdez on his 33rd birthday. Meanwhile, Lee Dong Keun’s last-minute entry into the main draw thanks to Chen Long’s injury paid off handsomely as the Korean beat Denmark Open runner-up Tommy Sugiarto, 21-16 14-21 21-19. “We have struggled in recent weeks. We have not been at our top level, so I’m very happy to win against such strong opponents. It’s my first time beating them,” said Schoettler, still recovering from hip surgery six months ago.

In Women’s Doubles, No. 3 seeds Christinna Pedersen/Kamilla Rytter Juhl (featured photo), came alive just in time to avoid being upset by Malaysia’s Vivian Hoo and Khe Wei Woon. The latter were up a game and 17-13 in the second game before the Danes snapped into action, winning 19-21 21-19 21-10.