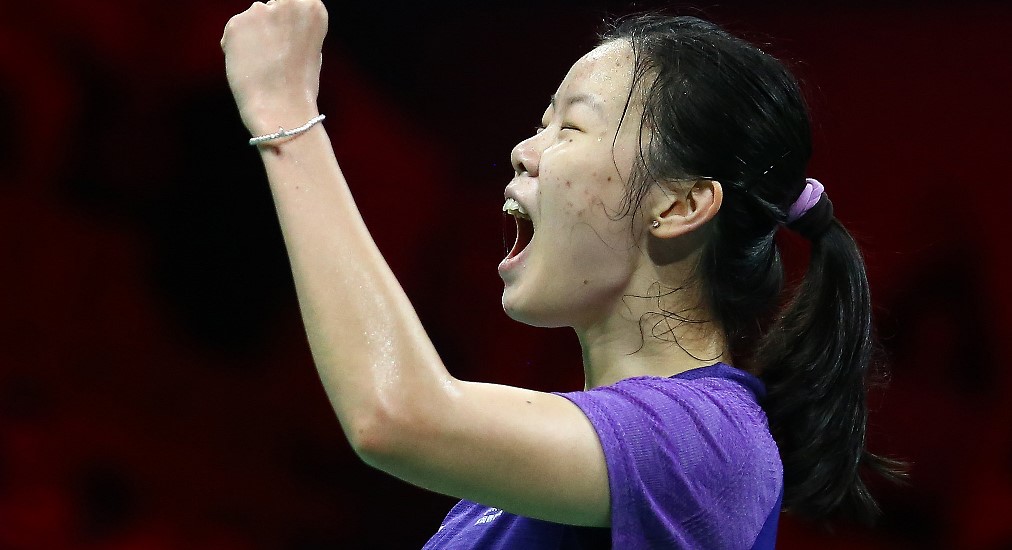 Listen up Women’s Singles players – Li Xuerui is back and looking to make up for lost time and glory in the coming months.

As all the pent-up emotions of the past year poured out today, one of the most dominant players of recent seasons shared openly how much she was affected by falling from the heights

of international badminton, not winning a tournament since last October in Denmark and the tough road back to the top.

So when the last shuttle fell in her favour to secure a well-earned victory versus PV Sindhu – 21-19 21-12 – it was no wonder the Chinese star was absolutely thrilled to retain the only
title she still has to her name: the Yonex Denmark Open.

“I have suffered a lot this past year. I want to thank my coaches. They put in a lot of effort with me. We all faced this situation together and I hope this will be a good turning point for me,” said the Olympic Games champion whose tears flowed freely as she spoke to media.

“Coming back from my (foot) injury, the pressure has been huge and I have worked very hard so I am really happy to win today.”

Alluding to the year-end finals for which the top-eight finishers in all disciplines will qualify, she added: “I want to go to Dubai so I will be fighting my hardest in the remaining events.”

Modestly acknowledging that she produced a championship performance in today’s match, Li said it felt great to be hitting her peak again while also complimenting Sindhu who reached her first final on the MetLife BWF World Superseries tour and was coincidentally also hampered by a foot injury for much of this year. The latter proved a worthy adversary deep into the first game and, in fact, held a four-point advantage (17-13) that seemed enough of a buffer.

Li, however, dug in with even better length and variety, especially some excellent drop shots. Clinically chipping away at Sindhu’s lead, the title-holder put the pressure squarely on her opponent who erred on a number of occasions. In a flash, they were changing sides and, from there, it was almost one-way traffic with Li on a rampant run. At 14-5, it was all but over though Sindhu reverted to her initial attacking mode for one last hurrah.

That brief hiccup didn’t ruffle Li – looking as cool and composed as ever – and the 24-year-old duly completed the mission on which she had been fixed since arriving in Odense.

“I must congratulate her. She played well. Her length was very good and I hit too many mid-court shots and had too many errors. I should have won the first game. That would have made a difference. Never mind, I am pleased with my performance here; to be back playing strongly and to get some good victories over Tai Tzu Ying, Wang Yihan and Carolina Marin in the semi-final,” said a smiling Sindhu. Facing one of badminton’s most respected pairings – Tontowi Ahmad and Liliyana Natsir – the Koreans rebounded from the tight loss of the first game to wrest their first Superseries Premier title, with a 20-22 21-18 21-9 triumph. Monster smashing from an energised Ko at the back and sharp interceptions from his partner at net combined to deadly effect. It did not help that the Indonesians’ level waned with Ahmad in particular guilty of amateurish errors. Having reached three finals and four semi-finals on the World Superseries circuit in 2015, it was another frustrating campaign for the runners-up.

Reflecting on their partnership, Ko and Kim noted this result will boost their confidence and that they are in good shape and hope to continue their winning ways for the rest of the year. Currently No. 6 on the Destination Dubai Rankings, the Koreans will move up the ladder and are keen to secure a place in the Dubai World Superseries Finals in December. * Having been tested sternly by Viktor Axelsen in their Men’s Singles semi-final, defending Denmark Open champion, Chen Long, was primed for his showdown with Indonesia’s Tommy Sugiarto. The 26-year-old Chinese ace easily retained his title, 21-12 21-12 in 45 minutes to land his fifth World Superseries and third Superseries Premier crowns respectively of the season. Chen previously won the All England Championships plus titles in Malaysia, Australia and Korea. * Lee Yong Dae and Yoo Yeon Seong appear unstoppable in Men’s Doubles at the moment, winning their third straight World Superseries, following title hauls in Japan and Korea last month. The Korean pair overcame China’s latest twosome – Liu Cheng and Lu Kai – who wove a path to the finals from the qualifying rounds. Despite some enterprising play and stubborn resistance from their rivals, the Koreans were always in control; Lee sealing the 21-8 21-14 outcome with a smash down the middle.

* Jung Kyung Eun/Shin Seung Chan hoisted the Women’s Doubles trophies without even lifting a racket. The Koreans won by walkover as China’s Zhao Yunlei was unable to compete with Tian Qing due to her right arm being swollen. 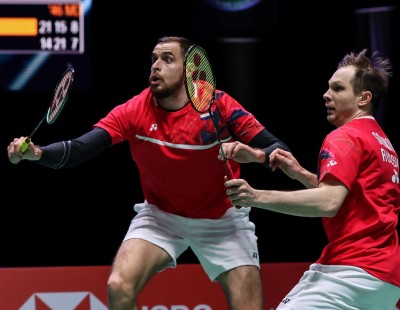 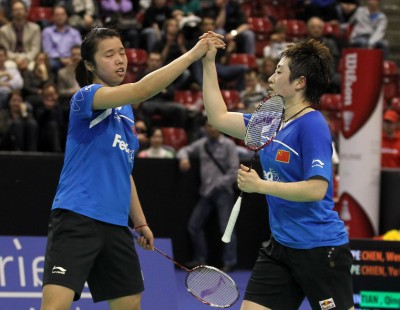 On This Day:
World Junior Champs Win Only Senior Title